I'm only watching one new show this season:  the reboot of Hawaii Five-O.  So far, it's been quite fun :-)  I dig Daniel Dae Kim as Chin Ho Kelly and Scott Caan as Danny Williams.  Alex Laughlin and Grace Parks are nice scenery.  The eps have been solid enough, and James Marsters played their first Bad Guy, so can't complain about their guest casting.  I doubt this will ever be one of my Favorite Shows Ever, but oh well.  Like the original, it's watchable, exciting, and a good cop show.  And so far, it doesn't seem to be trying to be one of the forensic crime solving shows, but it's sticking to being a show about cops catching criminals.  Kind of refreshing. 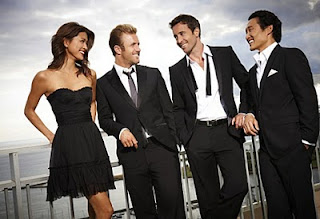 Though, for me, Scott Caan doesn't hold a candle to the original Danno, James MacArthur.  He's the whole reason I watch the original.  I've had a thing for James MacArthur since the first time I saw The Swiss Family Robinson, and he never fails to delight me. I always get the feeling he's really nice in real life. 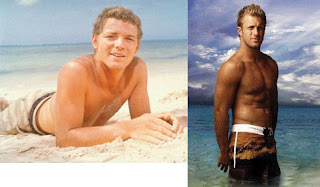 I guess Daniel Dae Kim is probably the reason I'm watching this one so far, which feels pretty weird, because not so long ago, I just knew him as the evil Wolfram and Hart lawyer, Gavin Park, on Angel.  I especially detested Gavin because he replaced Lindsey.  But after Lost, I quite dig Dae Kim, and decided to see what he has to offer in a detective show. (We don't get any channels on our actual TV, so I watch shows online at either cbs.com or hulu.com.  I love the internet!)


Super Exciting News!  According to his official website, James MacArthur has agreed to be in an ep of the new series!  Ooooooooooo!

And yes, I got Dano's nickname from the original Hawaii Five-O.  I'm a dork.
Posted by Hamlette (Rachel) at 3:31 PM