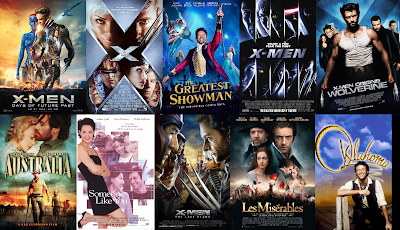 Yes, yes, fully half of these are X-Men movies where he's playing Wolverine.  This should not surprise anyone, considering that Wolvie is my favorite superhero, and also one of my 5 favorite fictional characters ever, the end, full stop.

Wolverine (Hugh Jackman) travels to the past to save the future. My absolute favorite X-Men movie. Words truly can't describe how deeply I love it.

P.T. Barnum (Hugh Jackman) dreams and schemes his way through life, searching for a way to be important and successful. Also, there's lots of singing and dancing and fun circus stuff.

The X-men help wandering mutant Wolverine (Hugh Jackman) rescue Rogue (Anna Paquin) from Impending Doom. And to think that I refused to see this at first because I thought Hugh Jackman was all wrong for Wolverine! What kind of fool am I?

Wolverine squares off against his half-brother Sabretooth (Liev Schreiber) and a younger Stryker (Danny Huston this time), and gains his adamantium skeleton in the process. This is the origin story I've always wanted for him, blending my favorite elements of several backstories for him from the comic books.

A determined Englishwoman (Nicole Kidman) and a drifting Drover (Hugh Jackman) struggle to save each other and an orphaned Aboriginal child (Brandon Walters) in Australia's Outback during World War Two.  This is the only movie that has ever given me cowboys and WWII soldiers in the same story.

A jilted woman (Ashley Judd) writes an opinion piece that brings her national fame but jeopardizes her almost-relationship with a crass-yet-cuddlesome coworker (Hugh Jackman).

It's the X-Men versus Magneto's bunch again, with a back-from-the-dead friend turned into a foe. Actually a better movie than X-Men, but I don't love it as much.

Jean Valjean (Hugh Jackman) raises his adopted daughter (Amanda Seyfried) while hiding from an obsessed policeman (Russell Crowe) during yet another French revolution.  To be honest, I still wish that Crowe had played Valjean and Jackman had played Javert... but I like it this way pretty well too.

A cowboy (Hugh Jackman) tries to win the heart of a girl (Josefina Gabrielle) who claims she hates him. Yes, you read that correctly: Hugh Jackman. This is the London stage version, not the famous Hollywood one, but I prefer it because, well, Hugh Jackman!  He lends a really interesting edge of danger to Curly that I quite dig.

Vines, Leaves, and Fruit -- Article at Blest the House

I've written a new article for the Lutheran homeschooling blog Blest the House!  In it, I talk about how trimming our grape vines gave me some insight into curriculum choices.  You can read the article here.

Okay!  I've had a few minutes to put together my list of things I'd like to this summer.  Projects I want to tackle, reading and watching goals, and other fun accomplishments I'm pursuing.  Here we go!

~ Finish the first draft of my Beauty and the Beast retelling (I mean, it has to be done sometime, right?)

~ Watch 6 movies off my TBW shelves

~ Reread The Count of Monte Cristo by Alexandre Dumas

~ Read 2 other books about/by someone who is not white

~ Read 2 other books for my latest Classics Club list

~ Read 9 books off my TBR shelves 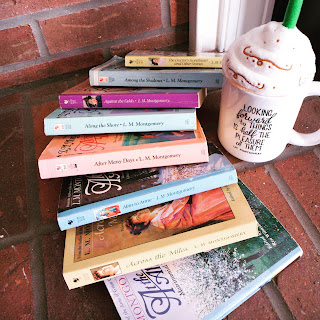 ~ Make the rainbow popsicles my kids found a recipe for

~ Have friends over for the 4th of July

~ Drive up into the Shenandoah Valley and breathe the free air

~ Meet my friend Vanessa for the first time in real life 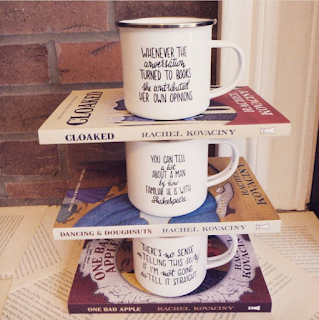 That out to keep me well occupied!  How about you?  Do you have any goals or aspirations for this summer?

It is definitely summer now where I live.  It's been in the 90s for days, we've taken the kids to the pool repeatedly, and we've even had some lovely thunderstorms.  And, of course, Memorial Day has come and gone.  So it's high time I wrap up my spring to-do list and get busy on a summer one!

~ Finish re-reading The Lord of the Rings  Fail.  I did finish The Two Towers, though, and now I'm into Return of the King, so I'm confident I'll finish it soon.

~ Finish the first draft of my Beauty and the Beast retelling  Fail.  Oh my goodness, friends!  This first draft is 60,000 words and still growing.  That's half again as long as the final draft of Cloaked.  Whaaaaat?  I did not realize this was going to be so much bigger.  But I am absolutely loving the ride.  It has been a genuine pleasure to get to know these characters.  I can't wait to share them with you!

Meanwhile, I do have this little teaser graphic I whipped up recently, if you'd like a little peek into the terrain where it takes place and the actors I would cast if I was making this as a movie instead of writing it as a book: 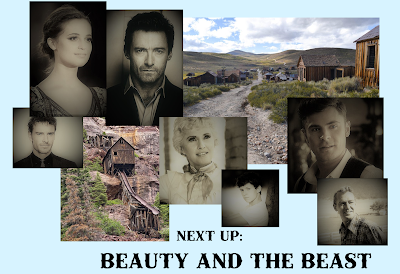 ~ Finish leading the Sense and Sensibility read-along on my book blog  Check!  I had the loveliest time, and I hope participants did too :-) 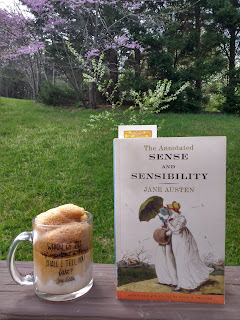 ~ Read 3 books about/by someone who is not white  Check!  I read six: 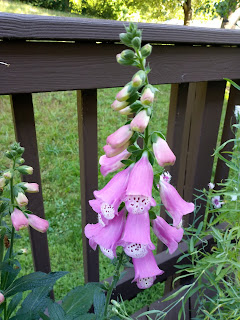 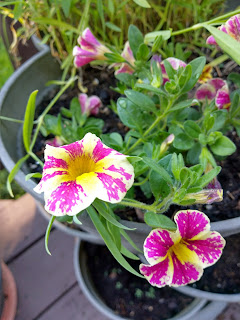 ~ Read 9 books off my TBR shelves Check!  I read (are you ready for this?) SIXTEEN!  They were: 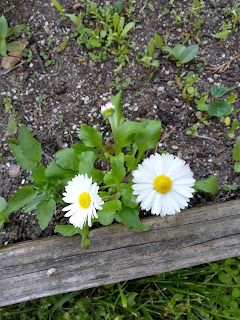 ~ Watch 6 movies off my TBW shelves  Check!  I watched: 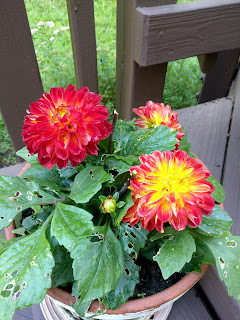 ~ Watch WandaVision  Fail.  I will probably watch this with my best friend in the future.  Right now, I'm more excited about Loki's show, though.

~ Take an afternoon river cruise on a tall ship Fail.  Again, not my fault -- they didn't start up their cruises as soon as they said they would.  We're hoping to try this over the summer, though.

~ Visit Colonial Williamsburg  Check!  We went there for my birthday :-)  My mom was visiting at the time, so she got to go along too!  It was the perfect time to visit, as allll the flowers were in full bloom. 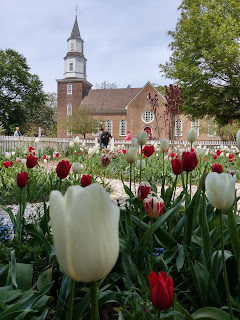 ~ Finish the baby blanket I'm crocheting for a relative who's expecting  Check!  I don't think I ever got a picture of it, but I sent it to them a couple weeks before the baby arrived, so yay!

~ Hang a hammock in the backyard  Check!  I'm not a big fan of hammocks (they mess with my back), but my kids love it :-D  They've been asking for a hammock for a couple years now, so we gave them one for Easter and rigged it up when it got warm enough.  They use it pretty much daily. 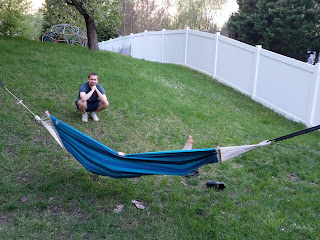 Well, there you have it.  Five fails this spring, but nine checks, so all in all, I'm satisfied :-)  How about you?  Did you accomplish this spring that you were hoping to do?

Email ThisBlogThis!Share to TwitterShare to FacebookShare to Pinterest
Labels: "My Rock and My Refuge", baking, books, flowers, gardening, Jane Austen, lists, movies, Once Upon a Western, to-do lists, writing

That's right!  Heidi (of Along the Brandywine), Olivia (of Meanwhile, in Rivendell...), and I are co-hosting Legends of Western Cinema Week again this year!  We're holding it July 19-24, and you are hereby invited to ride on over and join the fun.

Like the last few years, this event will be kind of like a blogathon and kind of like a hootenanny.  For five straight days, we'll be celebrating western movies and shows in every way we can think up -- reviews, games, lists, tributes, giveaways, and so on!

You can contribute as many posts as you like, and it doesn't matter if more than one person reviews the same movie or show.  The more celebration of western cinema legends, the better!  (Just remember to keep things family friendly, okay?)

Even if you can't figure out something to write about, you can still participate by filling out this year's tag, which we'll post at the beginning of the party.  Or you can just enjoy everyone else's posts and comment on them -- that's participating too!

There's no official sign-up or roster for this event, though if you want to comment on my post (or Heidi's post, or Olivia's post) saying you're excited for it, and maybe leaving an idea or two for things you want to contribute, we totally welcome that.

If you're excited about this event and want to spread the word, kindly use one of these awesome graphics that Olivia made -- you can tack it up outside your local sheriff's office with the wanted posters, plaster it all over the mirror in the saloon, or just share it on your blog with a link back here so folks can find info about the party.