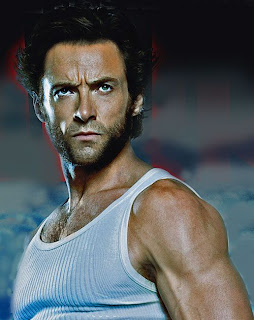 Halfway through Wolverine this afternoon, I hugged my popcorn bag to me, overwhelmed with sorrow and pity for the tragic hero before me. I actually wanted to hug Wolvie, of course, but the popcorn bag was the best I could do. I didn't relinquish my hold on it until the final credits started rolling.

I was really worried about this movie. I've loved this character since I was in high school, before the movies ever came out, and I've read quite a few comics revolving around him, and if they'd screwed this movie up, I would have been bitterly disappointed. Angry, even. And there were a lot of ways they could have screwed it up.

But they didn't. In fact, I thought they did a remarkably good job of taking Wolverine's long, convoluted, sometimes contradictory, always somewhat ambiguous backstory and making it into a cohesive and comprehensible movie. That's not to say I loved everything about it, but my objections are small, nitpicky, and not worth mentioning. And far outweighed by my approval. 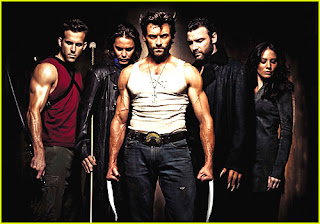 Most of the other casting is also superb. Liev Schrieber as Sabertooth stands toe-to-toe with Woverine very convincingly. Taylor Kitsch makes a delightful Gambit. Lynn Collins has the right blend of earthy and ethereal beauty to bring Silver Fox to life. And while I prefer Brian Cox's smirking portrayal of Stryker in X2: X-men United, Danny Huston's is adequate (but he lacks his grandfather Walter's fire, I'm afraid.)

The following musings are spoilage-heavy, so read them only is you want to be spoiled. 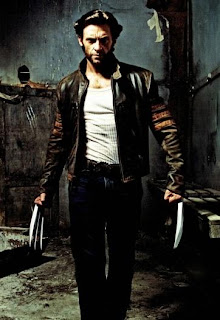 One of the things I liked best about Wolverine was the way they tied in so many things from the previous three movies as well as from the comics, even some comics that didn't involve Wolvie. For instance, The Blob was first encountered in a very early volume of the original Uncanny X-men back in the 60s. And we see here how Wolvie gets that leather jacket he's wearing years later when he meets Rogue in the first X-Men movie (though he leaves it in Gambit's plane, so we'll see if they have Gambit give it back to him in a sequel or something). Those are my two favorite examples, but there are obviously so many more. And I loved loved loved Professor Xavier making an appearance! Total surprise to me, and it rocked my world. Also, Cyke wasn't very annoying, and that was pleasant :-D

Anyway, if you haven't seen this yet, Stay Through All The Credits.

I'd give this one Warhead, though I actually ate part of a bag of popcorn instead because I was there with a friend and we splurged on treats. Which was a good thing, cuz hugging an empty Warhead wrapper through half the movie wouldn't have had the same comforting effect.
Posted by Hamlette (Rachel) at 7:09 PM