I went to see a movie on Sunday with a friend!  Revolutionary concept, I know.  I'm so used to going by myself that seeing something with another person has become a rare treat.

We saw the new True Grit.  Now, when I found out the Coen brothers were doing a new version, my initial reaction was outrage.  You don't remake John Wayne movies!  That just ain't right!  Right?

But after a while, I realized that the 1969 version is not anywhere near being one of my favorite John Wayne movies.  I'm actually kind of indifferent to it -- I've only seen it twice, and it has never done much for me, though I never bothered to put my finger on why.  So it's not like they've remade The Sons of Katie Elder or Rio Grande or something.  (Yeah, yeah, I know -- El Dorado is basically a remake of Rio Grande.  I don't mind the Duke remaking his own films.)

I've heard that this version is closer to the original novel by Charles Portis, which I am now determined to find and read.  And once I saw a preview of the remake and saw how danged cute Matt Damon is in his cowboy hat and drawl, well, my resolve never to see it crumbled.  When a friend said they wanted to see it too, well, that's all it took.

And guess what?  I liked it!  I actually did!  I didn't love it, but I honestly liked it better than the original.  After three days of contemplation, I've realized I have three reasons for that:

1.  Hailee Steinfeld instead of Kim Darby as Mattie Ross.  (Ha ha -- you thought Matt Damon would be my first reason, didn't you?)  I think the main reason I don't like the original True Grit much is because Kim Darby annoys me.  I don't like her in her Star Trek episode either.  On the other hand, Hailee Steinfeld -- I want to be her Mattie Ross.  She's willful and stubborn and wise beyond her years, but she's also got a sweetness and spark of mischief, and her lips are perpetually curved up at the corners. Plus, she's a good actress, not affected or coy like so many child actors.  I can't wait to see her in something else. 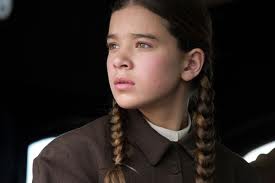 2.  Jeff Bridges instead of John Wayne as Rooster Cogburn.  (Sorry, Matt, not yet.)  This sounds like treason, I realize.  But I am much more comfortable seeing Jeff Bridges, whom I care nothing about, as a drunken, disreputable, angry, slovenly, ill-tempered son-of-a-motherless-goat than I am seeing my beloved hero that way.  And I think Bridges is more comfortable in the role too.  I need to rewatch the 1969 version, but from what I recall, I suspect one reason John Wayne got an Oscar for it is because he did more visible acting than in many of his other movies.  He never seems quite at ease in the character, instead of being relaxed and natural like many of his other roles. 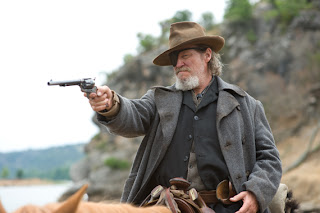 3.  Yes, Matt Damon instead of Glen Campbell as LaBoeuf.  Campbell plays him cocky and snotty and bossy and annoying, from what I recall, a portrayal that makes me think of Ralph Meeker and other smirky not-quite-villains.  Damon, on the other hand, starts off bossy, prim, and self-satisfied, but he learns not to underestimate other people, and becomes very sweet by the end.  Also, there's a running joke about nothing ever shutting him up for long that tickled me immensely. 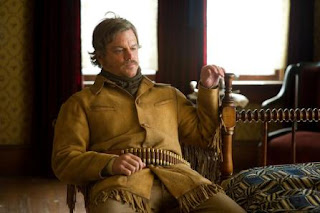 The ending of the new movie is different from the old one, but it suits this film's tone and I was fine with it.

Like all the Coen brothers' movies I've seen, this one had some random, weird moments that left me going, "Uh, what?"  And its violence was more graphic than the original, as is unfortunately to be expected.  But I'm glad I saw it, and wouldn't mind seeing it again on DVD sometime. 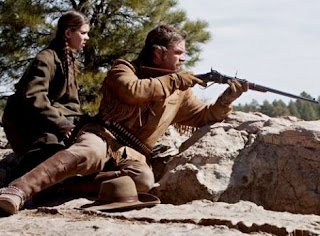 Hamlette (Rachel)
I'm 39, I'm married to Cowboy, and I'm a writer and the stay-at-home, homeschooling mother of our three lively kiddos. And, if you can't tell, I'm a bit fond of a certain Shakespearean play. I'm passionate about books and movies, and I have a multitude of hobbies. But if anybody asks you who I am, tell them I'm a child of God. 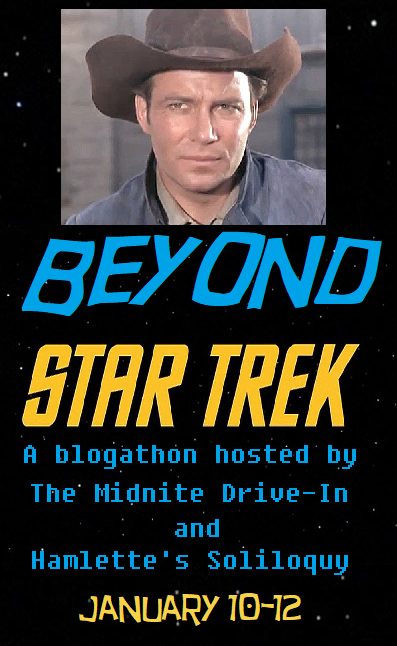