Glenn Ford died yesterday! I'm so sad! Man, I love him in so many movies, ever since I first saw Blackboard Jungle. I got that movie cuz it's Vic Morrow's first movie, but I ended up liking Vic's adversary, Glenn Ford, too. Which, I suppose, is natural, since Ford is playing the good guy and Vic is (very effectively) playing the knife-wielding punk with very funny hair.

Anyway, after Blackboard Jungle, I saw him in lots of westerns, like The Fastest Gun Alive, 3:10 to Yuma, and Cimarron (also opposite Vic Morrow!). And, of course, he played Superman's adoptive daddy. But I'll always like him best in Blackboard Jungle and The Fastest Gun Alive, playing honorable, upright men who want to uphold the law (even if they have to get a little tricksy about it). Hmm, seems to be a trend in my taste in leading men, eh?
Posted by Rachel Kovaciny at 9:54 PM No comments:

I've probably told everyone I know about these, but I just have to link to DocII's amazing Combat! songvids here anyway. She's got them up on YouTube right now:

Saunders ("Ride Across the River" by Dire Straits)

Caje ("Born on the Bayou" by Creedence Clearwater Revival)

I think Kirby's is my favorite, then Doc's. Although how can I not love watching the Saunders one, with six minutes of my beloved sergeant sauntering about, looking so delicious he defies description. Part of the reason I like Kirby's best, of course, is because I love the song "Blaze of Glory" and the entire album it's on. In fact, I'm listening to that cd right now ;-)

Half the fun with these is seeing how many scenes I recognize, how many I can say, "Yeah, that's from such-and-such ep." It's not really all that many, mostly because I haven't seen about a third of the eps (oh glorious thought!), and also because a lot of the shots are kind of generic.
Posted by Rachel Kovaciny at 9:07 PM No comments: 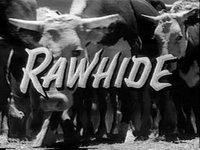 True Confessions Time again, folks. This time, it's about Rawhide. You see, Daddy sweetly surprised me with season one of Rawhide on dvd, and I'm discovering my allegiances in that show are shifting. 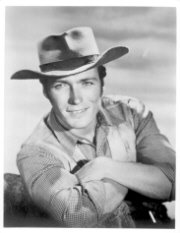 Up til now, I've been a Rowdy Girl all the way. But lately, well, I've started to spark after Gil Favor. I always knew Mr. Favor was supposed to be the star, that Rowdy Yates is just a secondary character, albeit one that would outshine the show eventually. But I never used to sympathize with Mr. Favor -- he always seemed so grouchy and uncooperative. Rowdy was full of juice and always getting into trouble, just like me. Plus, I cut some of my teeth on Clint Eastwood movies, so it was pretty natural of me to take a shine after his character. 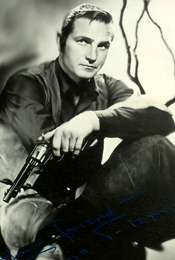 But now, well, I dunno. Maybe it's that tight-wound little neckerchief Gil Favor wears. Maybe it's his swashbuckly chaps. Or the straight line his mouth makes when he's getting all determined about something. Mostly, I thi 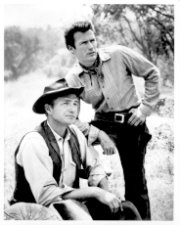 nk, it's his upright insistence on doing the right thing, even when he has to do it in a slightly roundabout way. He reminds me a lot of Sgt. Saunders on Combat!

Oh, I'm still a rowdy girl (just ask Cowboy!). And a Rowdy fan, too. But I think Gil Favor is swiftly edging him out of first place in the Rawhide section of my heart.

Posted by Rachel Kovaciny at 7:30 AM 2 comments:

Okay, no secret that I've liked the comic strip "Pearls Before Swine" for a while now. And since the advent of the Guard Duck... what can I say? I love it! The Guard Duck is me! Here are some of my faves (click on them to make them bigger and more readable): 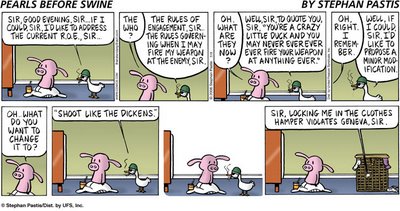 (For lots of great Pearls before Swine strips, including more with the Guard Duck, check out the Swine Feeding Trough)
Posted by Rachel Kovaciny at 9:59 PM 1 comment:

Email ThisBlogThis!Share to TwitterShare to FacebookShare to Pinterest
Labels: humor

I think I have just been stung by a bee. I'm not sure, because I've never been stung before. But there are these bumblebees living under our front step, and they never used to bother us, but this makes twice in a week that they have acted aggressively. I don't think they like loud buzzing sounds, because the first time one bothered me was when I was using the Leatherneck's jigsaw to cut tomato stakes (that's the problem with working third-shift: your vegetables sometimes become vampiric). And just now, our landlady was using the trimmer to trim the hedges of many small villages, er, I mean to trim by the sidewalk. And I was outside saying goodbye to Cowboy as he prepared to bike off into the sunset, and something landed on my arm. I don't have my contacts in yet, so I thought it was a fly and brushed it off before I really thought about it. And it was a bee, and it flew back at me making angry noises and I said, "Cowboy! Cowboy I'm under attack! Mayday!" and it flew at my face and stung me on the cheek. At least, my cheek began to sting, but not very much. Not nearly as much as I'd imagined for 26 years. So I said, sounding very surprised, "I think I've just been stung!" and ran back inside.

It's not swelling up, although it's a little bit red and now feels just kind of hot. So the good news is that if I did get stung, it seems I'm not allergic to them like some of my familial types are.

But I think something needs to be done about those bees under our front step. I shall have to consult Mr. O'Hara.
Posted by Rachel Kovaciny at 6:50 PM 4 comments:

Email ThisBlogThis!Share to TwitterShare to FacebookShare to Pinterest
Labels: gardening

Yesterday's church bulletin had a very succinct summary of our church body's beliefs, and I just thought I'd post it here because it's quite lovely.

We believe and teach
Direct, concise, and accurate. I should memorize this so when people ask me, "Just what is it that Wisconsin Evangelical Lutherans believe?" I'll have a good outline to follow while explaining.
Posted by Rachel Kovaciny at 8:49 PM No comments:

Email ThisBlogThis!Share to TwitterShare to FacebookShare to Pinterest
Labels: faith

Okay, I never pay much attention to the mainstream media, because news bores me. And I've purposely been ignoring them lately, because they're making such a fuss over Mel Gibson's DUI incident (I still love you, Malomar!).

But, as usual, The Daily Show has come to my rescue, this time by mocking the media's mocking of Mel Gibson in this marvelous bit from a day or two ago. Hooray for Jon Stewart!
Posted by Rachel Kovaciny at 9:34 PM No comments: