I could not be happier with this year's special Halloween issue of Femnista if I tried!  It revolves around Sherlock Holmes.  You may or may not know that Holmes is one of the 5 fictional characters I hold most dear.  Call me a Sherlockian or a Holmesian or a wannabe-Irregular, whatever you prefer -- the truth remains the same.  I LOVE Sherlock Holmes and Dr. Watson.

And I very strongly identify with Watson.  He's a fellow ISFJ, and I see so much of myself in him.  Too loyal for his own good, kind and impetuous and a little too naive sometimes, but always warm and forgiving.  And always, always eager to help. 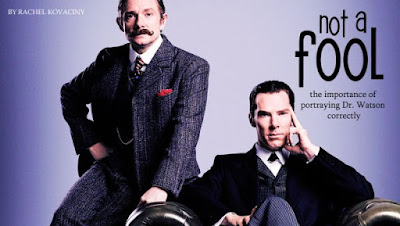 You know what Watson is NOT?  He's not a fool.  And that's the title of my article, which you can read right here.  While you're at it, read some of the other articles in this issue, because they are all 100% treats, no tricks.  Happy Halloween!
Posted by Hamlette (Rachel) at 10:29 AM 12 comments:

Femnista Article About My Favorite Author

The Sept/Oct edition of Femnista focuses on art and literature, so I wrote about Raymond Chandler and why he's my favorite author of all time.  You can read my article, "The Slumming Angel," right here. 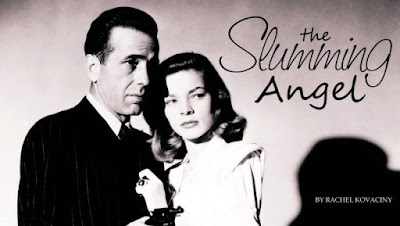 Have you ever read anything by Chandler, or seen any movies based on his books?
Posted by Hamlette (Rachel) at 2:16 PM No comments: 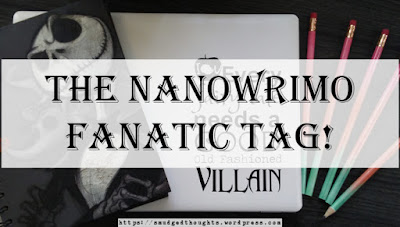 I found this at Coffee, Classics, and Craziness, and then I saw it again on Sidewalk Crossings, but it originated somewhere else entirely.  Let's dive in, shall we?


What is your NaNoWriMo username?

The same as it is here!  Hamlette.  This link should take you to my profile.


Are you a plotter, pantser, plantser, or plantser?

I'm a dedicated plantser.  If I don't have any plan at all, I fizzle.  If I have everything charted out with an outline, I fizzle.  But if I start writing knowing a beginning scene and an ending scene, with a pretty good idea of the basic story line, and have a few carrot scenes calling my name along the way, I am good to go.

How many years have you done the NaNo?

In one form or another, this will be my 12th NaNo.  A lot of times I've had a much smaller goal than 50K, though.

How many times have you won? 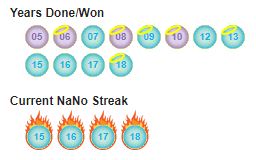 What is your NaNoWriMo Origin Story?

The year I graduated from college, 2002, I heard about this new thing that had been going on for a couple years called NaNoWriMo.  (It started in 1999, but 2000 was the first year it was an online thing.)  I was just getting into blogging that fall, so probably I found out about it on a blog somewhere.  I was dinking around with writing my first novel already, so didn't want to start another whole new novel on top of that, but I liked the idea anyway.  So I discussed doing something similar with some friends.

Although I'd graduated from college, I still lived on campus because I am a cradle-robber.  I married a boy a year younger than I am, so our first year of marriage, we lived on campus because he was doing his senior year.  Which meant I was still involved with the creatively titled Writers' Group on campus -- I was an honorary member, not the co-leader anymore, but my best friend was basically the leader, and she loved the idea of Nano too.

But everyone except me was still going to college.  Full-time.  Hard to write a novel when that's the case.  I mean, you could do it, but it's probably not the wisest.  So we decided to do our own little mini-nano.  We would each try to write something 30 pages long in the 30 days of November.

I don't remember anymore who-all succeeded.  Besides me, I mean.  I dropped my novel (temporarily) and wrote a long short story called "The Reincarnation of Rudolph Valentino."  It was very silly -- a send-up of romance novels (even though the closest I'd ever come to reading a romance novel was a couple old Victoria Holt books) and of reincarnation stories that centered around an actor I had never seen act, but thought must be a really dreadful actor based solely on one photograph I'd seen of him in a book as a teen, plus the knowledge that critics had called him a "powder puff" at some point.


Weirdly enough, the story worked.  The most surprising side effect was that I actually went and learned some stuff about Valentino, found some photos of him, and discovered I might actually find him interesting instead of laughable.  A couple years later, I finally saw some of his films and became a fan.  Which I wouldn't have done if I hadn't written that mini-nano story.


But I didn't really do NaNo until 2005, and it is 100% thanks to DKoren that I tried it again.  We met online in May of 2005, and we talked a LOT about writing, right from the beginning of our friendship.  In fact, she was my writing mentor before she was my best friend.  So when autumn rolled around, she started talking about doing NaNo, because she'd done it before and it was fun.  She encouraged me to try it too, so I FINALLY finished off my first novel (yes, it took me 3 years, and yes, it's crap) and prepared to tackle a whole new book I called Josey.  I won NaNo with it, and then again with its sequel, Pike, and the rest is history.

Do you have any writing “lucky charms”?

What is your absolute favorite NaNoWriMo memory?

The story I just related about writing "The Reincarnation of Rudolph Valentino" because it led me to Rudy, who is now one of my favorite actors.

Na-no-WRY-mo.  How I've always said it.  Sounds very weird with "ree" in there because "wri" looks like "wry" to me, so why would I not pronounce it that way? 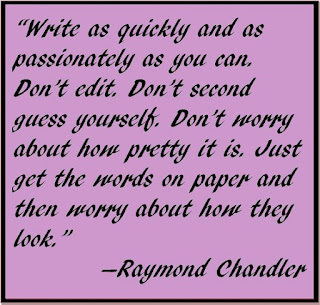 
What’s the name of your NaNoWriMo Project?

What is your project’s genre?

Western, because that's all I write anymore.  Also, fairy tale retelling, because I'm still getting a kick out of doing those.  Also, Christian.  And YA.  It's a Christian YA Western Fairy Tale Retelling.

Introduce us to your cast! 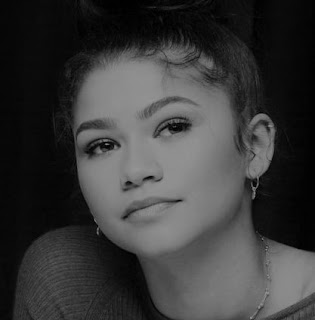 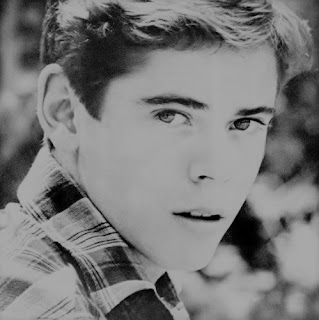 Levi's parents died three years ago.  He's my narrator, and he, his siblings, and his cousins are my "seven dwarves."  But seven orphans instead. 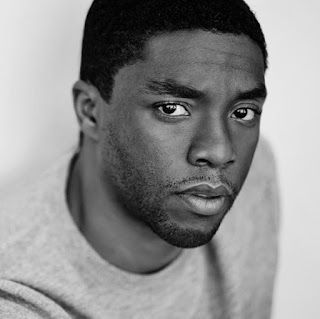 This guy needs a name yet.  He's my huntsman/handsome prince character. 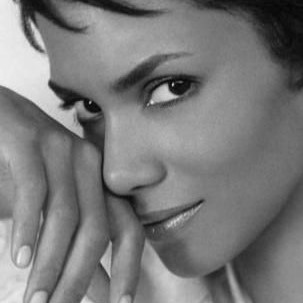 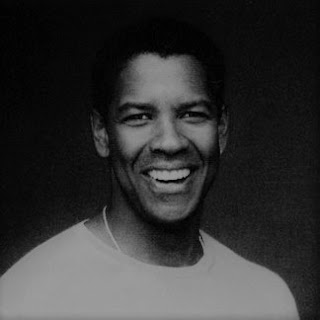 The huntsman/prince's father, Wallace, leads the wagon train.  He's honorable, stubborn, and can be judgmental. 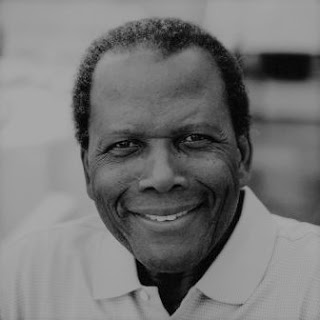 Hopeful's father is a charismatic leader of men, a preacher and a teacher, full of wisdom and love.  He's blind to his new wife's machinations and flaws, and loves his daughter more than anything but God. 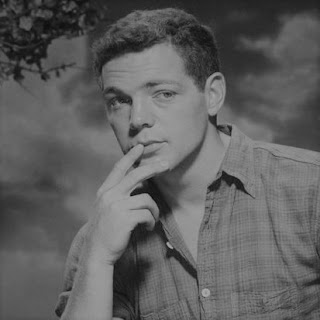 Levi's older cousin who is very antagonistic and grumpy for most of the book.  Maybe for all of it.

What is your novel’s theme?

Love one another as God has loved you.

What are your novel’s main settings?

A wagon train of African-Americans heading to Kansas to start new lives in 1878.  There really was an "Exoduster Migration" made of former slaves and other free blacks who formed wagon trains and set out to make new, better lives for themselves in the west.  This story takes place during all that.

Are you using any plotting/story structures for your project, or are you just winging it like the beautiful pixie that you are?

Because it's a retelling of the Snow White story, it has that basic structure (envious stepmother tries to get rid of beautiful, sweet step-daughter, who befriends 7 outcasts, etc.).

What are some ways you prepare for The NaNo?

I talk to my characters in my head as much as I can, avoid writing for several weeks before, and binge on books and movies to tank myself up with creativity.

What’s in your writing toolkit? (pictures are encouraged!)

My laptop, Silver, is really about it.  I drink hot beverages and burn candles and listen to music while writing, like I always do.


What was the initial inspiration for your NaNoWriMo novel?

I got a junior non-fiction book about African Americans in the Old West from the library a couple years ago for my son to read as part of our history curriculum for homeschooling.  In it, I learned about the "Exoduster Migrations" and immediately knew I wanted to et a story during that time.  And then I thought, "What if I had a Snow White character... who was black?"  And then I was like, "I am a white person -- can I write a book about black people?  How would I go about that?"  And right about that same time, Jamie Lapeyrolerie wrote a blog post about how ridiculous it is that there's this idea that you can only write about people of your same race or ethnicity, and she basically called for authors to step bravely out of boxes and write about everyone in the world.  And so, this book is me answering that call.

But I'm not being entirely brave.  My narrator is a white orphan boy, thirteen and scared and brave and lonely.  But the majority of the cast, the actual heroine and villainess and so on, are black.

Don't have a music playlist yet, cuz that will evolve while I write, but my Pinterest board is here.

What’s your absolute best advice to new (and old!) NaNoers? 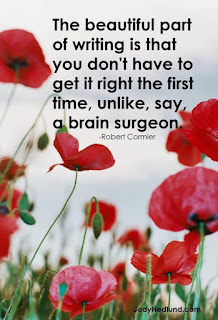 I hereby tag anyone who is doing NaNoWriMo, or contemplating doing it.

And here's a clean copy of the questions for you!

What’s the name of your NaNoWriMo Project?
What is your project’s genre?
Introduce us to your cast!
What is your novel’s theme?
What are your novel’s main settings?
Are you using any plotting/story structures for your project, or are you just winging it like the beautiful pixie that you are?
What are some ways you prepare for The NaNo?
What’s in your writing toolkit? (pictures are encouraged!)

What was the initial inspiration for your NaNoWriMo novel?
What’s your NaNoWriMo Novel’s Word Aesthetic?
Share your Pinterest boards and music playlists!
What’s your absolute best advice to new (and old!) NaNoers?
Posted by Hamlette (Rachel) at 6:28 PM 12 comments: