This was such a difficult list to compile.  Not the first five -- those are pretty easy.  Though Alan recently shouldered his way to second place, the other four there have been in that order in my affections for years now. 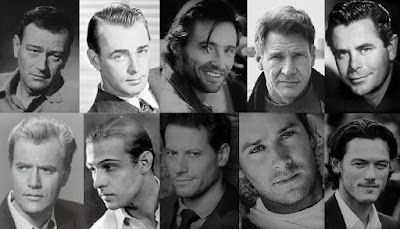 The bottom five, though, took some thinking as to what order to put them.  And I have a bunch of actors vying for the last spot -- I could have given it to Matt Damon or Dana Andrews or Chris Hemsworth or Val Kilmer or Michael Fassbender very easily.

This is a little different from my "ten favorite" posts about movies and such, as I can't provide a synopsis of people the way I can for films.  So instead, I'm going to list the first movie I saw them in, my favorite movie of theirs, and my favorite role they played.  And give them their own big pictures, not just the thumbnails above.  I've linked their names to the post labels for them, so if you click on one of their names, it will take you to all the posts I've written that involve that particular actor.  And of course, I've linked movie titles to my reviews of them where applicable. 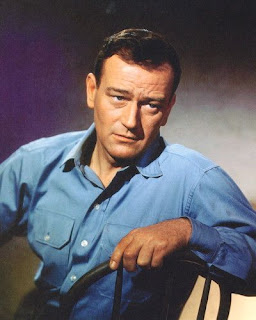 1.  John Wayne.  I first saw him in either Dakota (1945) or In Old California (1942) when I was a pre-teen, but didn't really start liking him bunches until I watched North to Alaska (1960) a little while later.  My favorite movie of his is The Sons of Katie Elder (1965), and my favorite character he played is probably Quirt Evans in Angel and the Badman (1947). 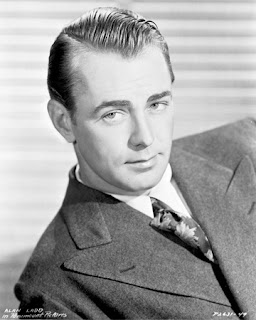 2.  Alan Ladd.  I first saw him in Shane (1953) when I was in my twenties, but I didn't start to care about him until last year.  My favorite movie of his is Branded (1950), and my favorite roles are a tie between Shane in Shane and Luke Smith in Whispering Smith (1948). 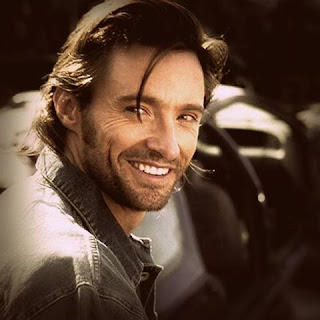 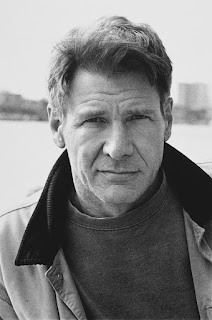 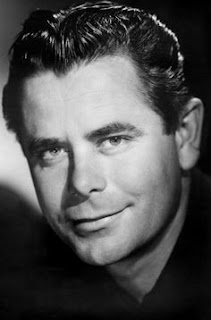 5.  Glenn Ford.  I first remember seeing him in Blackboard Jungle (1955) when I was fifteen, though it's possible I had seen him in something else first.  My favorite movie of his is 3:10 to Yuma (1957), and my favorite role he's played is probably Richard Dadier in Blackboard Jungle, though I also love him as George Temple in The Fastest Gun Alive (1956). 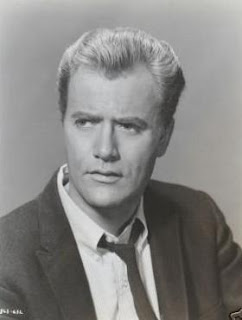 6.  Vic Morrow.  I first saw him on Combat! (1962-67), specifically the episode "The Walking Wounded."  I love him best on that show, and his character on it, Sgt. Saunders, is definitely my favorite of his roles.  In fact, he's my favorite fictional character of all. 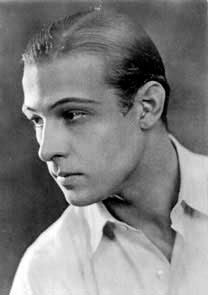 7.  Rudolph Valentino.  I first saw Rudy in Blood and Sand (1922) and The Sheik (1921) on the same night, a couple years after I was already done with college and married.  My favorite movie of his is Moran of the Lady Letty (1922), and my favorite roles of his are a tie between Ramon in Lady Letty and Sheik Ahmed Ben Hassan in The Sheik. 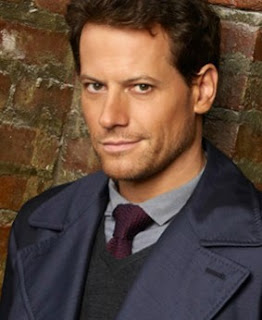 8.  Ioan Gruffudd.  I saw the first four A&E Horatio Hornblower movies when I was nineteen, shortly after they aired, and bought a boxed set of them on VHS as soon as I could so that I could watch them over and over.  While that series as a whole is my favorite thing he's been in, my favorite role he's played was Dr. Henry Morgan on the short-lived series Forever (2014-15), though William Wilberforce in Amazing Grace (2006) is a close second. 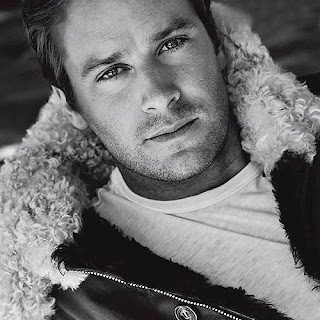 9.  Armie Hammer.  I'd only barely heard of him before I saw The Lone Ranger (2013) on the big screen.  I've been a devoted fan ever since.  That remains my favorite film of his, though my favorite role is probably Illya Kuryakin in The Man from U.N.C.L.E. (2015). 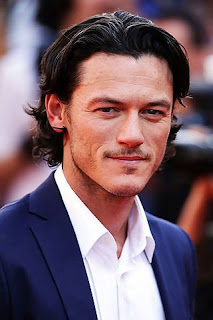 10.  Luke Evans.  First saw him as Bard the Bowman in The Hobbit:  Desolation of Smaug (2012), where I just liked him okay.  Then came The Hobbit:  The Battle of Five Armies (2013), whereupon he catapulted his way into my affections in a spectacular fashion.  That remains my favorite movie of his, and Bard is definitely my favorite role of his.  (Notice that Bard dominates my blog header at the moment.)

Are there any surprises here?  Who are your favorite actors?  Do we have any in common?

I'll be doing my list of favorite actresses soon too -- working on that one.

If you're wondering why Bobby Darin isn't here, it's not because I have ceased to love him.  It is because I love him more for his music than his movies.  If I did a list of "favorite entertainers," he would be at the top.
Posted by Hamlette (Rachel) at 7:13 PM