Hard to believe it's taken me twenty years to see this version of Jane Eyre, isn't it?  This was released right about the time that I first read the book, and I've wanted to see it for a long, long time, but it just never crossed my path.  Thanks to a kind friend who loaned me her copy, I have finally rectified that. 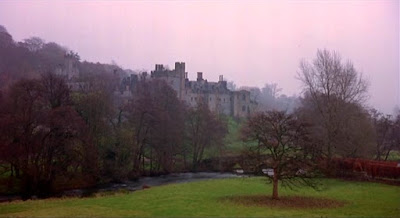 This is the fifth adaptation of Jane Eyre I've seen.  And I've realized that, unlike Hamlet productions where I can deal with a bad portrayal of some of the characters and still really enjoy it, even bad or boring versions of Horatio and Laertes, whom I love... for a Jane Eyre adaptation to work for me, I have to be satisfied by both the Jane and the Rochester or I'm just not going to be a fan. 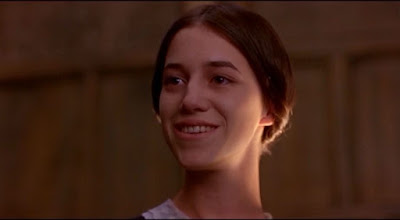 I quite liked Charlotte Gainsburg as Jane Eyre.  She was determined and intelligent and passionate, but still naive and curious and hesitant about some things.  She worked well in the role, and I especially liked how very young she looked, even though she was quite a few years older than Jane is supposed to be. 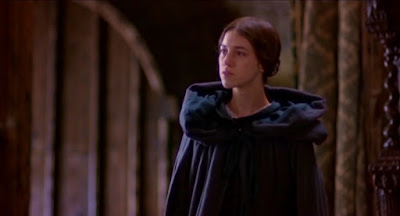 The screenplay did a good job of showing her blossom and grow while under Rochester's influence.  Her impassioned speech to him when she thinks he's getting married to Blanche Ingram was excellent. 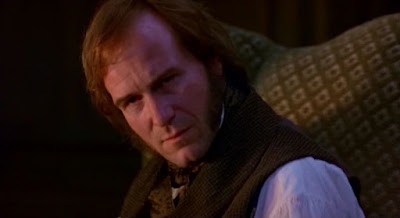 Alas, I was not so impressed with William Hurt as Mr. Rochester.  While he was the right age for the part, and was great at looking stern and melancholy, he lacked the fire and darkness I expect from Rochester.  During my last reading of the novel, I noticed over and over how Charlotte Bronte contrasted the way that Jane and Rochester dealt with their inner passions.  Jane did not allow her emotions to master her reason, and Rochester seldom let his reason master his emotions.  But this Rochester feels very cerebral, thinking and pondering and musing and contemplating.  Not particularly Rochester-like. 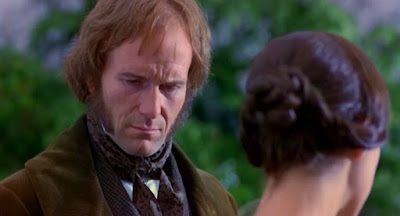 There were some scenes where he roused and became more the way I expected, but overall, I felt he was too internal.  He was kind of like the opposite of the Toby Stephens version of Mr. Rochester, who was at the other extreme and too full of sturm und drang instead of possessing too little.

They also smooshed the last third of the book into a tiny space, which kind of, sort of worked, except we never really got to contrast St. John Rivers (Samuel West) with Mr. Rochester to help Jane understand why she loves Mr. Rochester, which was a disappointment to me.

Overall, I'm glad I've seen this version, as this Jane Eyre was very sympathetic, and I've been wanting to see it for a long time.  But I did not love it.  I did really like how they framed this final shot, though: 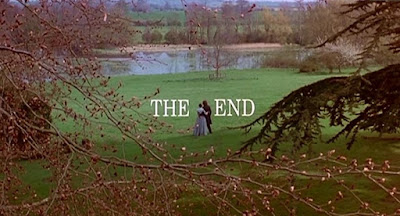