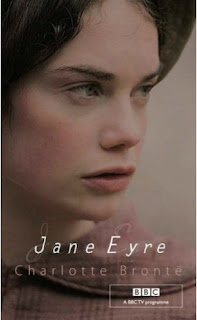 This is the fourth adaptation of Jane Eyre I've ever seen.  Jane Eyre is my favorite novel, and if I'm not careful, soon I'm going to have seen as many versions of it as of Hamlet!

First and foremost, Ruth Wilson is probably my favorite Jane Eyre yet.  Yes, even trumping Zelah Clarke.  Probably.  Maybe.  I sympathized with her, I identified with her, and I can think of no part of this miniseries where I felt like they'd strayed materially from the character as I know her.  (EDIT:  Except that bed scene -- can we all just pretend that didn't happen?  I'd kind of blocked it from my mind until Hannah reminded me of it in the comments.  Cuz that was NOT characteristic of Book Jane.)

Happily, Ruth Wilson is the reason I wanted to see this so much, since I really liked her in both The Lone Ranger (2013) and Saving Mr. Banks (2013).  I was not at all disappointed, and I do want to get this from the library again at some point and watch it again.

However, I was terribly disappointed by Toby Stephens' Mr. Rochester.  Not especially by Stephens himself, actually -- he was adequately Rochestery, broody and cranky and a little sly.  At one point I did start to imagine if they'd cast Paul Bettany instead, because oh my goodness, can you imagine Paul Bettany as Mr. Rochester?  I start to salivate just thinking of it.  However, my real problem with this Rochester was how he was written.  He was written as being very manipulative and pushy, and playing mind games just for the fun of seeing people squirm.

That is NOT Mr. Rochester.  Mr. Rochester can be manipulative, yes, in that he deliberately withheld the truth from Jane so she would marry him.  And he can be pushy, what with practically dragging Jane to the church.  He can play mind games too -- the whole Blanche Ingram fake engagement thing?  However, they took those elements and exaggerated them most unfairly, so that he felt like a big, self-serving meanie who only wanted to marry Jane for selfish, possessive reasons, not because he actually loved her or wanted her to be happy.  Even at the end, he was distasteful.  And whiny!

Mr. Rochester should not be whiny.

I mean, you know there's something wrong when I'm kinda rooting for St. John Rivers for a while.

Speaking of St. John (which, can we all agree it should be spelled Sinjin?), he's played by Andrew Buchan, and you know how I just watched Cranford and Return to Cranford a couple weeks ago?  When he appeared, my first thought was, "Oh, thank heaven!  Jem Hearne has found her.  Now she can go to Cranford and recover."  Which has actually given me the most delightful alternate universe to play in, since I didn't care for this Mr. Rochester anyway.

In my alternate universe crossover, Jem finds Jane and takes her back to Miss Matty's house (and since I'm making this up, Martha's still there too), and Miss Matty and the Hearnes take care of her.  When she's well, she gets to be the teacher at the new Cranford school opened with money from Harry Gregson.  There she lives quite merrily, making friends with all the equally strong-minded ladies of Cranford, and eventually falling in love again when she's in her 30s, with William Buxton's best friend, whom I have named George, and who happens to look like this: 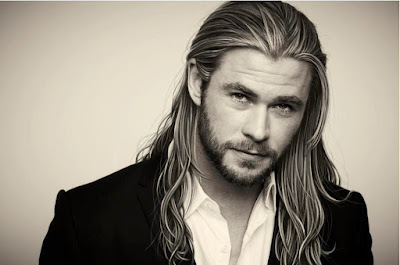 Only possibly with shorter hair, and of course he would not generally walk around with his shirt collar open like that, only on very special occasions when he's been out helping in some manly endeavor, possibly mending fences because one of the servants is ill or something.  (It should probably involve a hammer, just to be funny.)

EDIT:  I forgot to say whether I thought this was family friendly or not.  Other than a scene with Rochester and Jane lying fully clothed together on a bed and getting awfully friendly, which is very skippable (and SHOULD be skipped because it SHOULD NOT be happening -- that IS NOT in the book, folks, and would never happen because Jane is much too morally strong for such shenanigans), it doesn't have anything objectionable.  However, they Really Really Really play up the creepy, gothic vibe, and I think it would be too scary for preteens, and maybe even early teens.
Posted by Hamlette (Rachel) at 2:30 PM