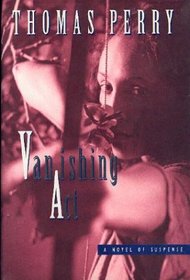 I completely loved Thomas Perry's story in A Study in Sherlock, so I decided to try out his books.  The first one I've read is Vanishing Act.  I'm excited to announce that I was asked to be a guest reviewer on the NovelBookRatings blog, and this is the book I reviewed, so you can go here to find out how I liked it.

And while you're there, check out the whole site!  Novel Book Ratings is a great tool for selective readers who want to know beforehand how much violence, sex, and profanity a book has, as well as whether the writing makes it worth reading.  I am, of course, known as Hamlette over there, and I've been merrily rating novels ever since I found the site.  It's perfect for book clubs and parents.  If you also love books, please join the site and contribute your own ratings.  The more people who contribute, the more useful the site will be!
Posted by Hamlette (Rachel) at 3:25 PM 2 comments:

An Open Letter to Kenneth Branagh 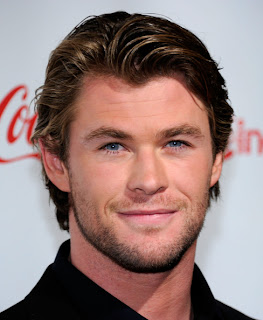 With hope,
Hamlette
Posted by Hamlette (Rachel) at 7:37 PM 1 comment: 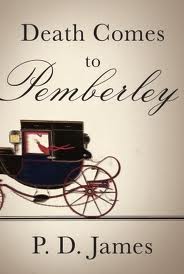 I had such hopes for this book.  I've read a couple things by P.D. James before, and they were thoroughly enjoyable.  Her nonfiction book, Talking About Detective Fiction, is a lovely history of the genre, and introduced me to several authors I now like quite a lot.  I also really liked her mystery An Unsuitable Job for a Woman.  Since I'm an Austen fan, I was hoping this smash-up of Pride and Prejudice and mysteries would be great fun.  And at first, I was not disappointed.

Death Comes to Pemberley begins promisingly with a prologue about the Bennets of Longbourn, recounting in a thoroughly amusing style the events of the original book, then going on to recount what happened once Lizzy and Darcy (and Jane and Bingley) married.  I laughed aloud with delight several times during the prologue.  It's quite amusing and well worth reading.

Unfortunately, the rest of the book isn't.  It's not amusing and has two glaring flaws that kept me from enjoying it much.  Such a disappointment!

The plot involves the murder of Mr. Wickham's particular friend and fellow soldier, Denny.  I won't go into details in case you decide to read this yourself (and I'm not saying you shouldn't -- this isn't a bad book, I just didn't care for it myself).  No one witnesses the murder, but Wickham is suspected of it, and Darcy is left in the unhappy position of trying to defend this man he loathes from getting hanged for murder and disgracing the whole family.

So far, that doesn't sound bad, right?  And it's not.  It's just not particularly good, either, thanks to the two flaws I mentioned.  First, we have to read the description of Darcy and his friends finding Wickham crouching over Denny's body too many times.  Twice would have been plenty -- once when it occurred, and then once when they had to recount the experience to the authorities.  Instead, they also discuss it amongst themselves, describe it several other times, and then tell it all over again at the trail.  By the time we got to the trial, I was so thoroughly tired of reading about it, I skipped quite a few paragraphs.

The second flaw is that the main characters, Darcy in particular, play far too passive a role.  Clues fall into their hands instead of being discovered or deduced.  The identity of the actual murderer is revealed in a letter. A solution of what to do with Wickham and Lydia so they go away and stop bothering everyone is presented by a stranger.  In Pride and Prejudice, Darcy and Lizzy are not passive!  They are both actively trying to dislike each other as much as possible, until they discover they can't dislike each other, and then they actively go about trying to get together.

The best I can say for this book is that it prompted me to pull out Pride and Prejudice and reread it.  More about that soon...
Posted by Hamlette (Rachel) at 10:20 AM No comments: