Like I promised in my post about my ten favorite actors, here is the list of my ten favorite actresses!  This was, in some ways, a much easier list to compile, because I simply don't get as fanatical about actresses the way I do about actors, and so I don't have as many favorites.  However, here are ten ladies who can all make me want to see movies solely because they are in them, and they have played a lot of characters I admire, would like to be friends with, or want to be more like.  Definitely my favorites! 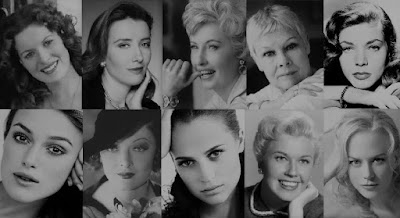 Once again, this is a bit different from my other "ten favorite" posts because I can't provide a synopsis of people the way I can for films. So I've listed the first movie I saw them in, my favorite movie of theirs, and my favorite role they played.  And again, I've linked their names to the post labels for them, so if you click on one of their names, it will take you to all the posts I've written that involve that particular actress.  Finally, I've linked movie titles to my reviews of them where applicable. 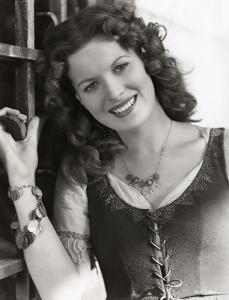 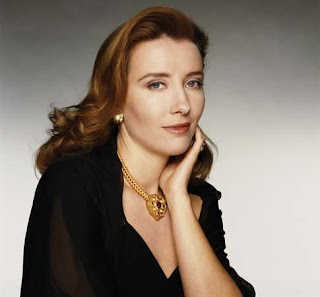 2.  Emma Thompson.  I first saw her in Sense and Sensibility (1995) when I was a teen -- in fact, I believe that was my introduction to Jane Austen as well.  My favorite movie of hers is Much Ado About Nothing (1993), and her role as Beatrice in that is also my favorite of hers. 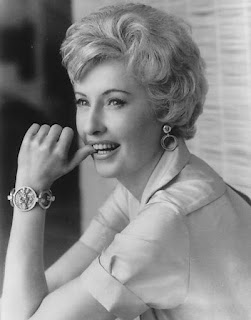 3.  Barbara Stanwyck.  The first thing I saw her in was The Big Valley (1965-69), which remains my favorite thing she's in, and her role as Victoria Barkley on it is also my favorite -- I wrote this post a few years back about why I want to be just like Victoria when I grow up. 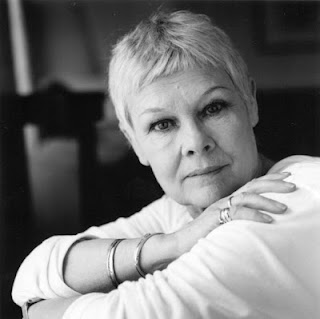 4.  Judi Dench.  I first saw her in GoldenEye (1995), and it's funny, but I didn't like her much at first.  I was extremely fond of Pierce Brosnan, and she yelled at him a lot, and that made me mad at her character, M.  But I grew increasingly fond of her over the years, both M and Judi Dench.  My favorite movie of hers is Chocolat (2000), and my favorite character of hers is actually M, especially in Skyfall (2012). 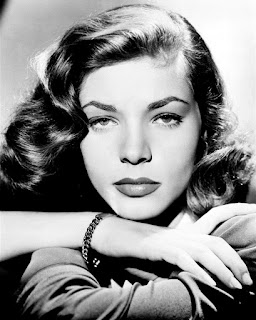 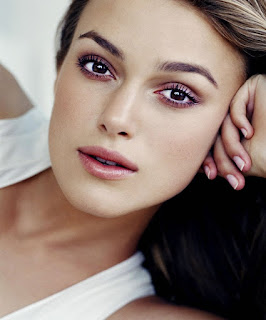 6.  Keira Knightley.  I first saw her in Star Wars: The Phantom Menace (1999), but my favorite movie of hers is Pirates of the Caribbean:  Curse of the Black Pearl (2003), and my favorite role of hers is either Gwyn in Princess of Thieves (2001) or Elizabeth Bennet in Pride and Prejudice (2005). 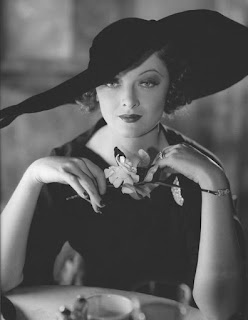 7.  Myrna Loy.  I'm pretty sure The Thin Man (1934) was the first thing I ever saw her in, and Nora Charles in that and the subsequent Thin Man films is definitely my favorite role of hers.  But my favorite movie of hers is The Best Years of Our Lives (1946), which I watched for the first time solely because she was in it. 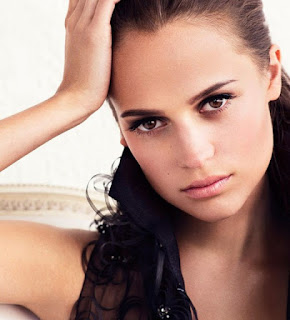 8.  Alicia Vikander.  The first movie of hers I saw was The Man from U.N.C.L.E. (2015), which is still my favorite movie of hers, and her role of Gaby Teller in it is also my favorite of her roles. 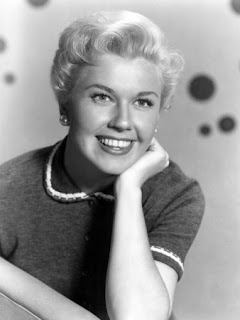 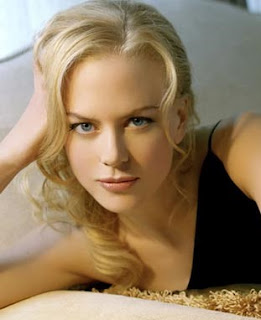 10.  Nicole Kidman.  I first saw her on the little-known Disney channel western series Five Mile Creek (1985), and I absolutely loved her tomboyish character Annie -- she wore pants and didn't like dressing up, and she could beat up boys!  Major role model for me as a girl.  My favorite movie of hers is Australia (2008), and her character in it, Lady Sarah Ashley (aka Mrs. Boss) is also my favorite role of hers.

Who are your favorite actresses?  Do we have any in common?
Posted by Hamlette (Rachel) at 3:25 PM