Time for the second set of AMA answers!  Once again, there's a short vlog at the end of this post in which I answer one question from each of these participants.

And again, if you haven't had a chance to ask me questions on my AMA post, I'm accepting questions until the end of the week.

What is something that is considered a luxury, but you don’t think you could live without?

A camera.  I mean, obviously I could live without it, but I would be really miserable without a camera to record the big and little and medium-sized moments of life.  I haven't been without a working camera of my own since I was 8 years old.

What is something you do the "old-fashioned" way?

I do a lot of things the old-fashioned way, I think.  I like to bake things from scratch when I have the time.  I crochet and knit.  I sometimes sew.  I write thank-you notes.  I give birth with the assistance of midwives and no pain-relieving drugs.  My bicycle has only one speed.  Do any of those count?

What fictional place would you want to live in?

I'd love to live in Mitford, the fictional town created by Jan Karon.  It's based on a real town: Blowing Rock, North Carolina.  Which happens to be where I spent my honeymoon. 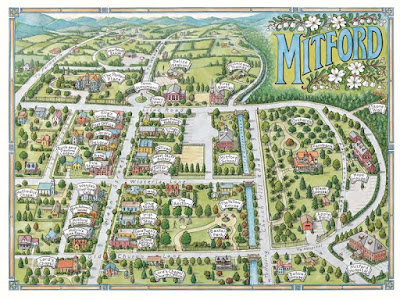 Do you have any hobbies you enjoy? If so, what are they?

I'm definitely a hobbyist.  I crochet, I knit, I sew, I bake, I dabble in photography.  I collect things.  I blog.  I garden.  I learn songs with complicated lyrics and try to sing them really fast.

What is you favorite old (like b&w old) movie?

I can't decide if I'm going to take this to mean the oldest movie I call a favorite, or my favorite black-and-white movie.  Because they've been making color movies since the 1930s.  I'll answer this in the vlog at the end of this post.

Just because I'm curious: Did you like Fantastic Beasts better than Harry Potter? Why/why not?

I am not sure, to be honest.  I love so many of the characters and the world-building in Harry Potter.  I doubt I will ever love a character in Fantastic Beasts like I love Sirius Black.  But I like the more mature story-telling that she's got going on in Beasts.  I'm excited to see where the next movie goes.

If you could have written any novel, which one would it have been and why?

Intriguing question!  Um, well, hmmm.  I... am not really sure!  I don't think I've ever read a novel and thought, "Wow, I wish I'd written that."  I mean, maybe I have, and I just don't remember doing that.  I know there are books that I've read and thought, "Well, I could have done a better job writing that."  Not a lot, but a few.

Okay, here's one, but it's not a novel.  I wish I'd written John Gielgud Directs Richard Burton in "Hamlet" instead of Richard L. Sterne because that would mean that I had gotten to experience being in the theater every day while they rehearsed, getting to bask in the presence of two actors I very much admire as they delved deeply into my favorite play.  That would have been amazing. 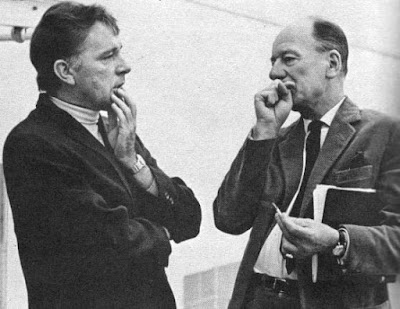 What are some of your favorite classic era films?

I'll answer this in the vlog at the bottom of the post :-)

Which is your personal favorite post that you have written here over the years?

I kind of answered this question yesterday, so today I'll say my post about the "realization and revelation" that helped me understand what makes me like and dislike stories.

You are at Elizabeth Chambers' Bird Bakery. What do you order? (And more importantly, which Armie Hammer movie do you watch afterwards? ;-)) I grew up right by Bird Bakery and have been missing it dearly lately, hence the question. :-)

I... I... I have no idea!  Bird Bakery is on my bucket list of places I want to visit one day.  I would order something chocolatey.  Unless, you know, Armie Hammer was there.  Then I'd just cower in the corner and try to keep breathing. 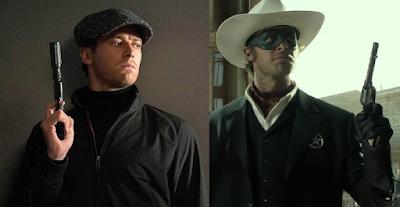 What classic novel have you been putting off reading?

War and Peace by Leo Tolstoy.  Cowboy read it in college, but I haven't.  Yet.

What movie has taken you by surprise and become an unexpected favorite?

Slow West (2015).  I mean, I knew it was a western, and that it had Michael Fassbender in it, but I was unprepared for the way it would creep into my brain and heart.

What is your favorite Rufus Sewell film/role?

Film would be A Knight's Tale (2001), which I have loved since I saw it in the theaters.  I had a poster of Heath Ledger from it on my dorm room wall for the rest of college.  But my favorite role of his is Autolycus in Hercules (2014).  Man, he just kills it in that film. 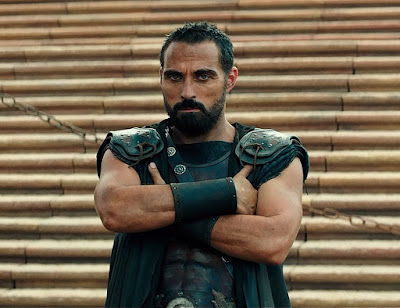 What is your favorite Christmastime recipe?

Answer is in the vlog below!

What's on the top of your "dream vacation" list?

Alaska.  Also New Zealand and all the LOTR film stuff there -- that's a close second.

You have just been put in charge of creating a new adaptation of Persuasion. Who do you cast?

Ioan Gruffudd as Captain Frederick Wentworth and Louise Brealy as Anne Elliot.  I really want this to happen, so if anybody knows any Hollywood producers, put a bug in their ear about it, okay?  Thanks!

What is your favorite television show episode of all time?

"The Walking Wounded" from Combat!, which I blogged about here. 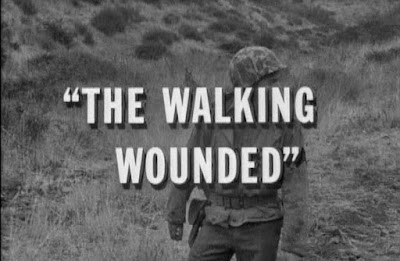 What's the best movie you've seen so far this year?

I would say Logan (2017).  It's not necessarily my favorite movie of the ones I've seen this year, but it is probably just the all-around best.