Here we are at the end of the AMA answer posts!  This has been very fun, at least for me :-)  One last vlog at the end.

Have you ever read a book that changed your view on the world? Which one?

I've read quite a few books that changed my view of specific aspects of the world.  Sixguns and Society: A Structural Study of the Western by Will Wright really illuminated for me why I like specific stories, what I dislike about others, and how to improve what I write. 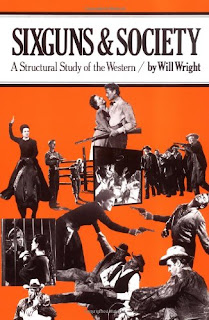 What are some books everyone should read to call themselves cultivated human beings?

What is your dream travel destination?

Alaska!  I've been wanting to go there since I was probably ten years old.

I drink both, but I drink coffee every day, and tea only now and then, so there's your answer :-)

Westerns!  No question at all.  My heart seems to live in their stylized, dreamy version of the Old West.


What are some of your favorite character names that you haven't used yet? (Unless they're too good to share and then choose secondary favorites. ;))

Hmm.  I don't tend to come up with character names before I have characters.  It's the other way around, really.  I get a character in my head, and then I figure out what their name is.  I don't keep lists of names like some writers do, waiting for a character to come use them.  I don't even always name them, exactly -- some characters simply have names, and I have to wait for them to tell me what they are.

That being said, I've got this character named Cortland for a YA western that is NOT based on a fairy tale, and I absolutely love his name.  I want to write him, I just don't have quite all the pieces of the story put together yet.

If possible using your phone or iPod (or whatever you may have), put it on shuffle and tell us the first four songs that play. (I didn't come up with that question...I saw it somewhere and thought it sounded cool).

Answered in the vlog!

What's your favorite music to listen to while you're writing...that is, if you listen to music while writing...

I listen to a lot of Bobby Darin and a lot of movie soundtracks.  Every writing project demands its own music, and sometimes it takes me a while to figure out what music a story needs.  Other times, I'm finding music for a book long before I start writing it.  For instance, I've got this idea for a story set in post-Civil War North Carolina that has about five soundtracks that work for it already, and I've only kind of dabbled around with writing the opening scenes.  But I know exactly what music goes with it.

A while back, I shared some of the music I listened to while writing Cloaked, if you want to read this post for a more complete answer.


What color do you use the most when you're enjoying your coloring books?

I'm very drawn to to blues and browns and greens.  Also reds, but I often can't achieve exactly the shade of red I want, so I've been shying away from them of late.

That's all, my friends!  Thanks again for all the awesome questions -- I had so much fun answering them :-)  I'll put links in a comment to the songs I mentioned in the vlog (if I can find them on YouTube) so you can hear them in their entirety.
Posted by Hamlette (Rachel) at 7:06 PM