Time for the third batch of AMA answers!  Once again, there's a vlog at the end of this post in which I answer one question from each of these participants.

Also, again, if you want to ask me any questions, you have ONE MORE DAY to do so.  Anything asked after tomorrow (11-4-17) won't get answered in a post and vlog, it'll just get answered in the comments.  Ask your questions on the original post, please.

What's your favorite color to see in a movie? As in, what's one color or shade (of scenery, clothing, sets, whatever) that makes you REALLY happy when you see it on-screen?

This is not something I've ever thought about before!  Hmm.  I'm very attracted to deep blues, purples, and reds.  Also deep browns.  So my eye is drawn to any of those, but I can't say there's any one color or shade that makes me feel happy to have it in a movie, in and of itself.

What is your favorite thing about fall?

How my creative energy surges!  I get so tired and sort of worn-out during the heat of summer, but when cooler weather arrives and I can feel the world around me begin changing, that's when my creative juices flow faster and freer again, and I feel the urge to write and create much more strongly again.

Which character in The Chronicles of Narnia do you relate to most, and why?

I think probably Peter Pevensie, though it's been a really long time since I read the, so I can't say for sure.  Edmund was always my favorite.  Well, favorite human character, anyway.  I think Bree is probably my fave character over all. 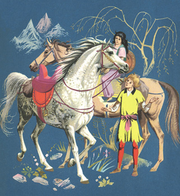 I wouldn't say yea, I'd say "yay!" if you offered me meat for breakfast!  I adore bacon and sausage, and quite enjoy livermush too.

What do you wear on your feet most often? Sneakers, or dress shoes, or just socks, or what?

Absolutely nothing!  I am almost always barefoot.  Cowboy always says that he knows it must be Very Cold Indeed if I'm wearing socks in the house.  I also go barefoot outdoors whenever I can -- I really hate socks and shoes.

How do you name your fictional characters? Where do you tend to get the names from, in general, and how do you figure out which fits with which person?

I'll answer this in the vlog below :-)

Do you have a favorite fantasy animal? (Unicorns, dragons, etc.)

Probably a flying horse like Pegasus.  I love horses, and then if you can add flying to them, how amazing!  They don't get used a lot, though.  I find centaurs pretty fascinating too. 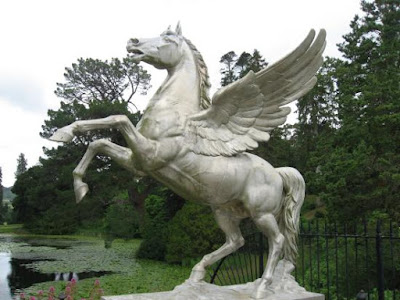 If you could, would you rather meet a fictional character or a real-life historical person? Who would it be?

Which author's books do you prefer: Charlotte Bronte or Jane Austen?

Oh, that's tough!  Charlotte Bronte wrote my favorite book ever, Jane Eyre, but I've never read anything else by her.  Whereas I've very much enjoyed all of Austen's works.  Judging by who I read more about, I guess I'd have to say Austen.

A little known book you love that you think deserves more popularity?

I don't know anyone else who has read House of Living Stones by Katie Schuermann, and that's just nonsense because it was such an enjoyable read. 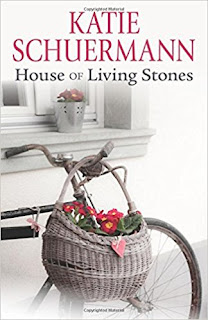 I do!  I love them, in fact.  Old ones, new ones, stage-musicals-adapted-for-the-screen, musicals written specifically for the screen -- love 'em.

Would you rather have a week-long, all-expenses-paid trip in the American West or in New Zealand?

I shall choose New Zealand because a week is far too short a time to spend in the American West, but I think if I had a week in NZ, I'd see pretty much everything I want to see.

A human!  I'd like to be one of the Rohirrim.  Even if I wasn't a Shield Maiden of Rohan, I'd still get to be around a lot of horses and out in the wide-open spaces of Rohan.

What do you normally eat for breakfast?

Most days, I have a protein bar, half a cup of orange juice, and a cup of coffee.  We live it up on Saturday mornings, though.  Cowboy makes breakfast on Saturday, and all bets are off.

What is a memory that makes you laugh?

Is there a characteristic about people that really attracts you (eg. witty humour, good with kids etc)?

Kindness.  I very much appreciate and gravitate toward kind people.  And, conversely, and repelled by unkindness and unkind people.

What 3 words would you use to describe yourself?

How tall are you?

I am 5'7" -- the same height as Alan Ladd, according to his Army enlistment record.


What does being a Christian mean, for you, on a daily basis?

Making a conscious effort to see that everything I do, I do to the glory of God.  Thanking him for blessings, asking him for help, and thanking him again throughout my day.  Showing his love and forgiveness to everyone around me, especially my husband and children.

That's my goal, anyway!  Do I succeed at living that out on a daily basis?  Not even close.  I'm a sinner in daily need of repentance and forgiveness.

What book changed your perspective on life (whether big or small)? (The Bible is a given. ;))

Jackie Robinson's autobiography, I Never Had it Made.  It really opened my eyes to how little freedom some people still have here in what is supposed to be "the land of the free."  And his insistence that "A life is not important except in the impact it has on other lives" really reminded me that I need to be mindful of my actions and how they affect those around me.  As a Christian, I am charged with showing God's love to everyone around me, and my success or failure at doing that can really make a huge difference to others. 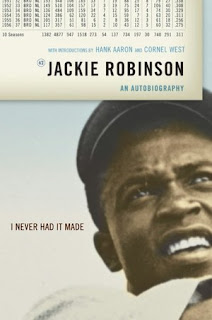