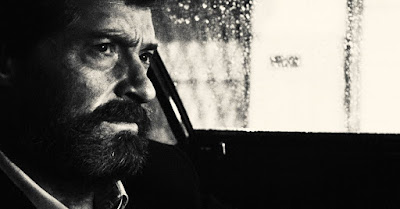 When I got out of the theater this evening, I texted my best friend.  It's a thing I do when I see a movie, generally -- I'll text her before and after.  Tonight, I leaned against the wall outside screen ten and wrote, "I am the oddest mix of emotionally devastated and content."  I can't think of any other way to succinctly explain how I feel about this movie.  I had to sit in my car and finish crying before I could drive home... but I'm not sad.

I'm proud of my Wolverine, James, Logan -- whatever name you want to call this broken, resilient, protective loner.  He did not go gentle into that good night.  He burned and raved.  He raged in a way only the Wolverine can rage.

I cannot imagine any way that I could be more proud of my Wolverine. 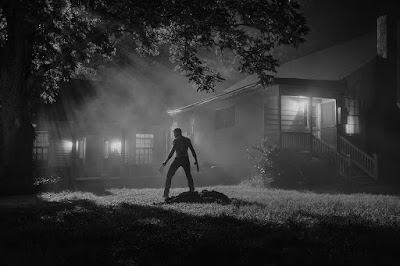 I had the weirdest conversation with my mom over Christmas.  We were watching The Fellowship of the Ring, and when we got to that big fight between Gandalf and Saruman, she said something to the effect of, "It's just so pitiful when old men try to fight.  Don't they know they can't do that anymore?"  (That's obviously not true of Gandalf and Saruman, because they're kind of ageless Maiar and everything, but anyway...)  I said, "No!  I completely disagree.  I think when an old man stands up and says he's going to fight with whatever is left in him -- that's not pitiful.  That's glorious.  I admire an old man who will not let the fact that he is old be an excuse to stand by and do nothing."  And that is very much how I feel about both Wolverine and Professor X in this.  They're old.  They're dying.  And they're not going to let that stop them from standing up for what is right.

You know I have a thing for "found family" stories.  It's part of what has drawn me to the X-Men since I was a teen, since before the movies ever existed -- they have always been about finding and building a family if you don't have one.  The fact that this wasn't only about a "found family," but also about Wolverine finding out he has a family was just... it was wonderful.  It was all the things I wanted, emotionally.  And then they added Shane (1953) to the mix, and I thought rainbows were going to shoot out of my fingers and toes, I was so happy.  Did they write this movie just for me?  Did they access my brain while I was asleep and amalgamate this from all the things I love?  There was a scene where I had Alan Ladd and Hugh Jackman on the screen at the same time -- I started to cry there just because I couldn't quite believe that was really happening.  My Alan.  My Wolvie.  Together.

And even if I hadn't already guessed how this movie was going to end, from the moment they added Shane into the mix, it was clear.  Wolverine had become Shane -- here to protect an innocent family by standing between them and evil, by sacrificing himself for them.  And by leaving them in the process.  Only, in Logan, the family is his own.

And that's what emotionally wrecked me -- not the death of Wolverine.  He died well.  He was ready to die, and he died at peace.  I could not ask for more.  What made me cry and cry in the theater, all through the end credits, and then cry more in my car, was that they used Shane's final speech to Joey as a eulogy for Wolverine.  I'm tearing up again now just remembering it.  I could not ask for a more fitting way to say goodbye to a favorite actor's portrayal of a favorite character than by reciting the words made famous by another favorite actor portraying another favorite character.  It's as perfect as possible, in a very personal way for me. 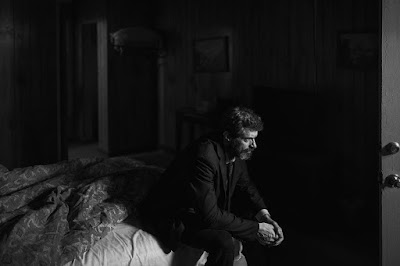 I have loved Wolverine for twenty years now -- loved him for his feral arrogance, for his fierce loyalty, for his willingness to do whatever nasty things need doing so that others don't have to do them.  I don't know if I've ever talked about this on my blog before, though I know I've discussed it in comments and emails with some of you, but I actually refused to go see the first X-Men (2000) in the theater because everything I'd seen of Hugh Jackman did not fit the Wolvie I knew.  Wolverine in the comics is supposed to be "nasty, brutish, and short."  Not handsome.  Not tall.  Not Hugh Jackman.  I had even been mad at first that Dougray Scott was going to play him, because he was too handsome, but I'd gotten used to that idea -- I already liked Scott from Ever After (1998).  Who was this Hugh Jackman person to take over a role he was so ill-suited for?  I refused to see such a travesty.

But then, after the movie had come to VHS, they showed X-Men on a college field trip somewhere, on the bus.  My college best friend and roommate convinced me not to bury my nose in a book and ignore it, but just to give it a try.  And by the end of that first scene where Wolvie is cage fighting and as growled-up as any Wolvie fan could desire, my mind began to change.  By the end of my first viewing, I had converted.  I know they'll probably cast someone else as Wolverine again some day.  I will try not to make the same mistake and judge them before I see how they portray him.  But... Hugh Jackman's Wolverine will always be MY Wolverine.