Beauty and the Beast Week Tag It's Beauty and the Beast Week over at Meredith's blog, On Stories and Words!  I reviewed The Phantom of the Opera by Gaston Leroux for this yesterday on my book blog, and today, I'm going to fill out the tag Meredith kindly provided.

1.When did you first experience Beauty and the Beast?

Sometime in the mid-'90s, a friend loaned us the Disney animated movie, but the part where Belle's dad gets chased by wolves in the forest scared my little brother so much, we had to turn it off.  I'm sure I read some version or other of it as a kid, but I didn't see the whole Disney version until I was in college.  I liked it okay, but didn't love it.

2. In what forms (book, movie, retelling) have you experienced Beauty and the Beast?

I've seen the Disney animated movie a few times, and I've read the Five Enchanted Roses collection of five retellings from Rooglewood Press.  I've also seen the movie Rigoletto (1993), which I love and wish I could find on DVD for a decent price.  And I've read The Phantom of the Opera by Gaston Leroux and seen the 2004 movie of the Andrew Lloyd Webber musical based on it, as well as the 1925 silent film version.  I've also read the children's version of the story by Jeanne-Marie Le Prince de Beaumont.  But by far, my favorite retelling is Jane Eyre by Charlotte Brontë! 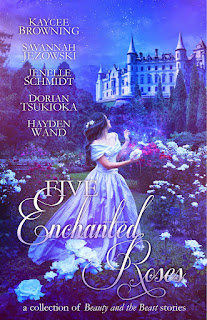 3. Who is your favorite character in Beauty and the Beast?

Usually the beast.  I have a lot of sympathy for him.  Beauty is cool too, but she doesn't quite grab my emotions the way he does.  Though in some retellings, that's not true.

4. What is your favorite song from the cartoon Beauty and the Beast?

The title song.  It makes me cry!

5. If you were turned into a piece of furniture what you want it to be?

6. What would your dream cast for Beauty and the Beast be?

Hmmm.  I rather think Hugh Jackman would be an amazing beast.  And Alicia Vikander is quickly becoming a favorite of mine, so I'll cast her as Belle.  This would be a pretty serious movie, I think, delving deeply into issues of appearances versus reality, inner and outer beauty, and what promises really mean.  Self-sacrifice and loyalty would be major themes as well.

7. If your school were performing BatB, which character would you want to play?

8. Like Belle, do you enjoy reading books multiple times?

Absolutely!  I am a devoted re-reader.

9. If you were to write a retelling, what would you change?

Interesting question, because I've been pondering writing a western version, but I can't quite find the right angle yet.  I think I would make the beauty a little older so that when she decides to stay with the beast, she's making a mature decision about her future, not being impetuous.  Not that I'm saying Belle is impetuous, necessarily, but... I'd like to write her as an older heroine, someone in her thirties at least.  I think that would be cool.

10. Are roses your favorite flower? 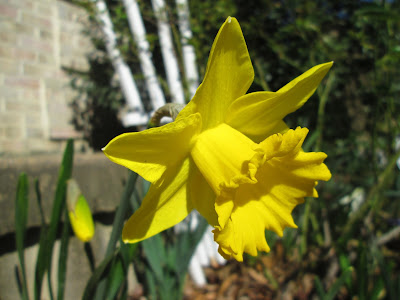 Don't forget to visit On Stories and Words this week to join in all the Beauty and the Beast fun!
Posted by Hamlette (Rachel) at 6:11 PM