As I mentioned a while back, Cordy is hosting a second Lovely Blog Party all month long at Any Merry Little Thought. And for that event, which celebrates favorite fictional romances, she's created this unique tag! 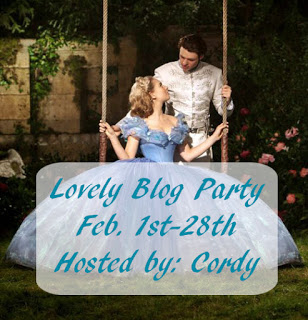 Isn't it romantic to be serenaded?

I've never been serenaded, in that I've never had a guy stand outside my bedroom window and sing to me.  But Cowboy and I often sang songs to each other when we were dating, and still do now as we do a bit of housework near each other or whatever.  So I think that yes, a person singing a romantic song to the person they love is romantic.

But not if they're trying to sleep.  Nothing is romantic about waking up a person who is sleeping peacefully.  Leave them alone, okay?

Isn't it romantic to have pet names for each other?

I think so.  I really do call my husband Cowboy in real life, and he calls me a pet name as well.  He actually started it because there were a LOT of people named Rachel at the college we both attended, so it was easier to have a pet name for me and call me that to get my attention in a crowded room, like the cafeteria. 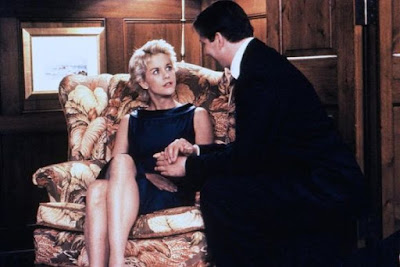 However!  It is NOT romantic to call someone by a pet name that is demeaning, or that they hate, such as "my little munchy munchkin."  Cute is good, cutesy is not, and anything that's chirpy-twerpy-derpy... just no.  NO.

Isn't it romantic if he wants you to look him in the eye?

Isn't it romantic to be carried across the threshold?

Why not?  Cowboy used to carry me around all over the place.  This is the advantage of finding a guy with massive shoulders and arms.  (NOTE:  I didn't fall in love with him for his muscles, but my goodness, didn't they help?)

Isn't it romantic to receive flowers and chocolates?

It is!  I can even be romantic to buy them for yourself, in a way.  If "romantic" means showing love for someone, and you're buying them for yourself because you love yourself.  That could get very narcissistic, but I just mean that I buy myself chocolate with some regularity because it makes me happy, so not buying it for myself would be a mean thing to do, right?

Isn't it romantic to get caught in the rain? 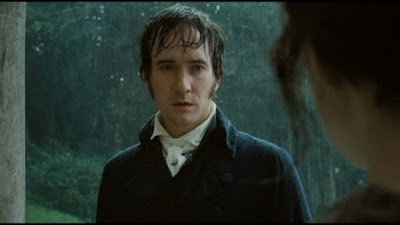 Unless it's a cold rain.  Cold rain can be very unromantic because of the chances of hypothermia and so on.  But a warm spring or summer rain?  Everyone's hair plastered down and clothes clinging to them, and you're trying to find shelter together, and yeah...

Isn't it romantic to dance?

Isn't it romantic if he asks for your parent's permission to marry you?

You bet your sweet bippy!

Isn't it romantic to be rescued?

Well, if you're fishing for lake trout and get stuck clinging to a bridge and then some guy you LOATHE comes along and tries to rescue you... you might not realize that's romantic.  But it is.  Silly you. 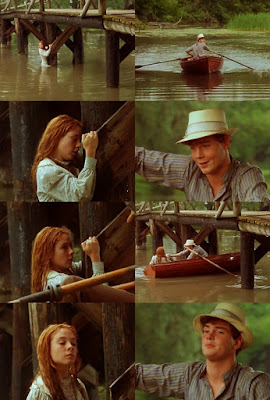 Aside from that, yes, it can be romantic to get rescued.  Girls rescuing guys, guys rescuing girls -- romance CAN ensue.

Isn't it romantic to stargaze?

Honestly, nope, I've never found stargazing all that romantic.  It's fun, don't get me wrong.  But why gaze at the stars if you're feeling romantic?  Why not gaze at the beautiful eyes of the person you're romantically inclined toward?

Thanks for the fun tag, Cordy!  I'll be posting my other contribution to the party later this month, after my We Love Shakespeare Party next week :-)
Posted by Hamlette (Rachel) at 6:13 PM