Ten days ago, a friend nominated me for the 10-day Movie Challenge on Facebook. Every day, I had to select an image from a film that has impacted me in some way, present it without a single explanation, and nominate somebody else to take the challenge.

I finished the challenge today, but it was HARD!!!  Why?  Because I couldn't talk about the images!  When I share about movies that have affected me in some way, I want to use words.  I want to explain.  And I couldn't.

Well, ha ha ha, this right here is MY blog where I make the rules, and so I'm going to share all ten pictures here too and talk about WHY I chose them and HOW these movies have impacted me.  SO THERE. 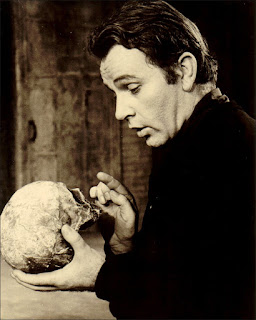 That's Richard Burton in Hamlet (1964).  It's a little bit of a cheat because that wasn't technically a movie, it was a stage performance in NYC that got recorded and broadcast to theaters, but... I really love it, so I included it.  It's the first stage performance of Hamlet I ever saw, albeit on film and not live, and it made such an impact on me!  (I'll be reviewing this for a blogathon next month, btw.) 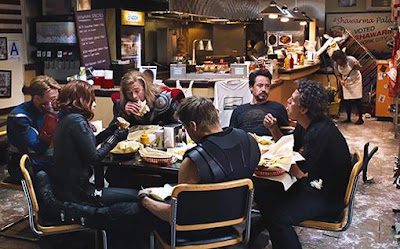 It's the schwarma stinger at the end of The Avengers (2012).  Which still doesn't fail to crack me up.  I've seen The Avengers in the theater more times than any other  movie -- I'm up to seven viewings now, and I still adore it.  Three of those were in its initial run, one was when they brought it back for Labor Day weekend that year, one was for a Thorsday Marathon, one was when it was paired with Age of Ultron for a double feature, and one was when they brought it back earlier this year for the ten-year anniversary of the MCU.  Would go again in a heartbeat if it showed up at some theater nearby this evening.  Man, this movie taught me so much about how to weave a story together!  Plus, of course, it introduced me to Thor.  In fact, it was my introduction to the MCU as a whole! 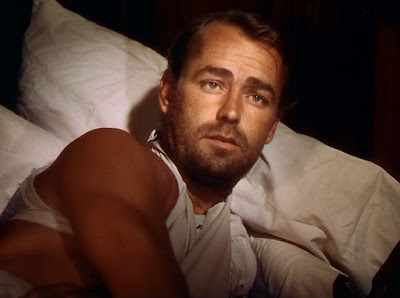 This is Alan Ladd in Whispering Smith (1948), aka the movie that made me start falling for Ladd.  Look at those beautiful, soulful eyes!  His character in it, Luke Smith, is proooooobably my favorite Ladd character, even though this is not my favorite of his movies.  He's so honorable, loyal, brave, and kind.  Everything I look for in a character, really. 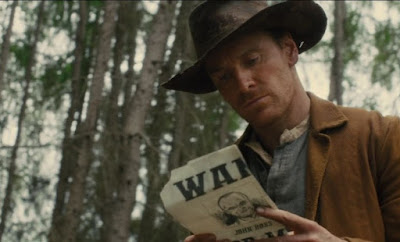 Slow West (2015) is one of those movies that gets inside you, and the more you think about it, the better you like it.  It's a phenomenal bit of modern western filmmaking, and Michael Fassbender's performance in it is one of his finest.  Weird, quirky movie that has been inspiring me in so many ways since the first time I saw it. 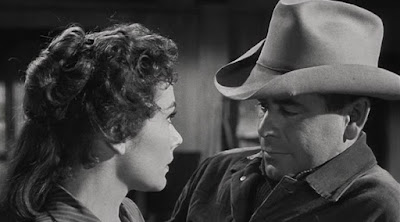 Ahhhhhhhhhh, 3:10 to Yuma (1957).  It's one of those movies I didn't like at all when I saw it as a teen, and now I adore it.  I'm running into more and more of those lately.  It's a fabulous bit of cowboy noir, lean and strong, and so achingly beautiful with its deep shadows everywhere.

The Hobbit: The Battle of the Five Armies (2014) gave me Bard the Bowman (Luke Evans), my Middle-earth ME character.  I shall love it forever.  I once drove through an ice storm to get one last viewing of it onscreen, it's that important to me. 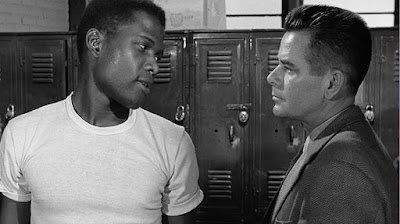 I bought Blackboard Jungle (1955) on VHS when I was a teen because it was Vic Morrow's first film.  Surprise, surprise, I fell in love with Sidney Poitier and Glenn Ford in it instead.  Though I AM blown away by Vic's performance as well -- but he's playing the Bad Guy, and I just have a really hard time liking Bad Guys. 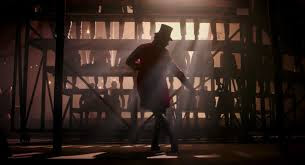 The Greatest Showman (2017) filled my winter with joy.  My kids love it, I love it, we sing the songs constantly -- it's just such an uplifting, inspiring film! 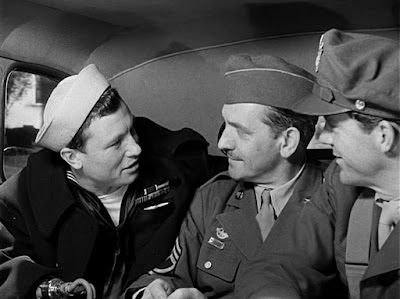 The Best Years of Our Lives (1946) gave me Dana Andrews.  And, more importantly, gave Dana Andrews to my best friend.  Together, we fangirled over him for years and years.  And this movie is just one of the most amazing movies I've ever seen.  Of all the movies in this post, this is the only one I would label a MUST WATCH.  Everyone should watch it. 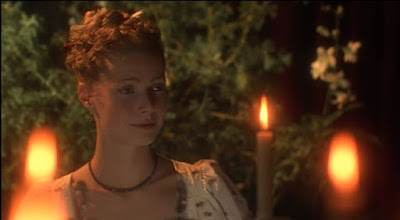 Emma (1996) convinced me that I liked Jane Austen's stories when I was a teen.  I have watched it countless times, I listen to the soundtrack frequently, and it's one of the few movies that I actually like better than the book that inspired it.  (GASP!  It's true, though.)  Also, this was the first movie I saw Gwyneth Paltrow in, and the first one I saw Ewan McGregor in!  I've become such a fan of both of them.

THERE.  Now I've gotten to say my words about these ten movies.  I feel better now.
Posted by Hamlette (Rachel) at 8:12 PM