According to the internet, today is the 47th birthday of James "Sawyer" Ford. 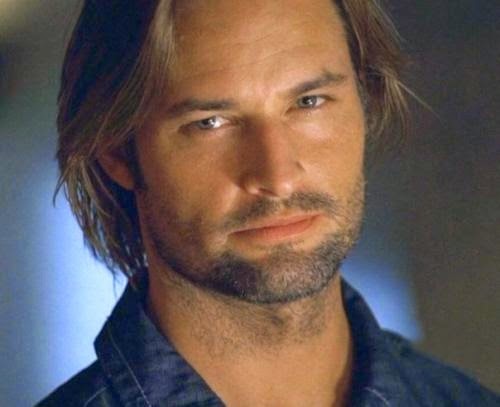 I can still remember watching my very first episode of Lost, "The Pilot," in my brother and sister-in-law's apartment when they lived in Boston.  That was almost 6 years ago, which is a bit mind-boggling.  I remember after the first couple of episodes, they asked me what I thought of the show, and if I liked any of the characters.  I was like, "Well, I think I'm supposed to like Jack.  And Kate is really cool.  But that Sawyer guy -- what's up with him?"  I was already trying to figure him out. 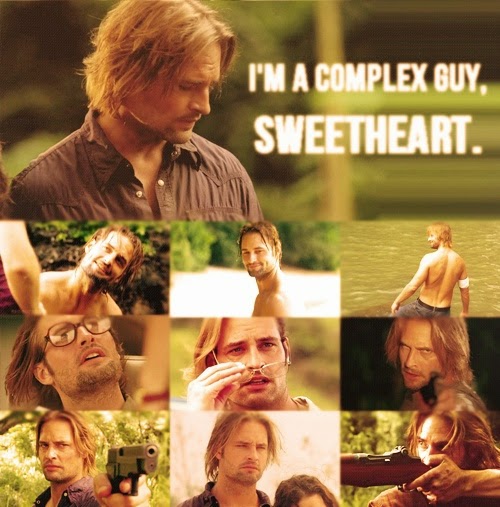 By the time I finished episode 8, "Confidence Man," I realized I was watching the show because I liked Sawyer, not so much because I liked the show.  If you go far enough back on my Facebook wall, you'll find a post from when I had that realization.  It says something like, "Not since Han Solo have I fallen for a scoundrel this hard or this fast."  That pretty well sums it up. 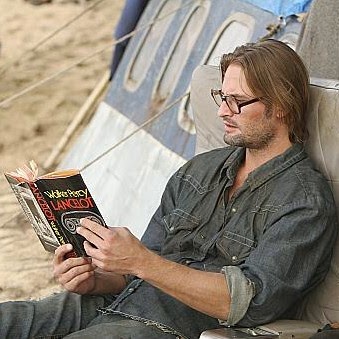 Why do I love Sawyer?  I think initially, I liked him because he was insistent that nobody should like him.  I was sad for him, and wanted to know more and more about why he pushed everyone away so determinedly.  Now, well, he adheres to all the things I Need in a character:  he's helpful, he's nice, and he's practical.  And if you've watched Lost and are scratching your head over those first two, well, yes, I see him as both helpful and nice.  He might not want to help, but he generally does, unless people are being mean to him, in which case he'll push back.  And inside, he is nice.  As the series goes on, his niceness becomes more and more apparent, as does his helpfulness.

He reads a lot.  He likes learning new things.  He makes do with what he's got, lives by his wits.  He's a con artist, and I am endlessly fascinated with con artists.  I think it's because they can talk people into doing what they want them to, and I'm fairly bad at that, so I kind of wish I could do what they do.  But use my powers for good, hee.  Which Sawyer eventually does. 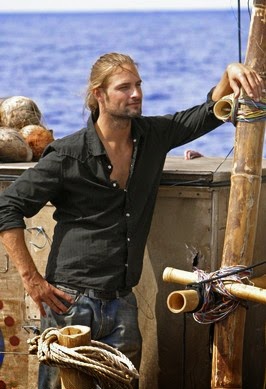 And yeah, his name is actually James Ford, but to me he'll always and forever be Sawyer.  Because that's the name he chose for himself, and over the course of the series he changes more than any other character, going from a bitter loner to a caring leader.  If he can reinvent himself, he can rename himself too.  Actually, renames himself again later on, but by then he was cemented in my mind as Sawyer, and thus he remains.