How is it the end of May already?  Oh my.  Oh.  My.  It's actually been in the upper 80s and lower 90s here for a week or so already, so definitely feeling like summer, but I'm so not ready for spring to be over :-(

Anyway!  Time to check in on my ever-present to-do list series and see how I did with my spring goals!

~ Finish the first draft of my western Snow White retelling, tentatively titled Seven Orphans FAIL :-(  I don't know what it is about this book, but it is NOT writing quickly.  It's demanding a lot of unexpected research as I go along, for one thing.  And writing it feels like a chess game, whereas Dancing and Doughnuts felt like a poker game.  Writing one is wholly unlike writing the other.  Anyway, I'm still planning to release it this winter.  I'm hoping that this longer first-draft process means my rewrites will go faster.

~ Read 3 titles from my Classics Club list  Check!  In fact, I doubled that and read SIX!  It was a good spring for reading.  My CC titles were: The Lady in the Lake by Raymond Chandler, Lord of the Flies by William Golding, Homer Price by Robert McCloskey, Caddie Woodlawn by Carol Ryrie Brink, The Wind in the Willows by Kenneth Grahame, and A Room with a View by E. M. Forster.  (All titles linked to my reviews, as usual.)


~ Read 6 books off my TBR shelves  Check!  I'm trying really hard to reduce the books on my poor, groaning TBR shelves AND not add to them much -- my goal is to read two books off them per month and only buy one new book per month.  I've been more successful with the former than the latter, alas, so it's not making a big difference yet, but... every little bit helps.  Anyway, the seven books I read this spring that I own but hadn't read yet were: The Annotated Big Sleep by Raymond Chandler, Murder at the Mikado by Julianna Deering, The Proud Rebel adaptation by Bart Willard, Dr. Jekyll and Mr. Holmes by Loren D. Estleman, The Wind in the Willows by Kenneth Grahame, Everything She Didn't Say by Jane Kirkpatrick, and The Printed Letter Bookshop by Katherine Reay. 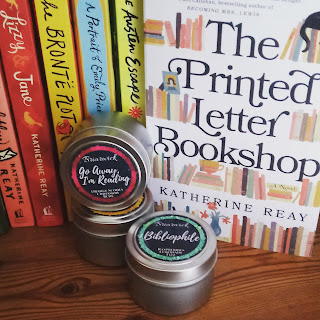 ~ Co-host a blogathon dedicated to Vic Morrow  Check!  You can read all the posts here, if you haven't had the chance yet.


~ Go see Captain Marvel  Check!  I ended up seeing it four times.  I loved it.

~ Go see Ben-Hur (1959) on the big screen  Check!  It was amazing.  Everything I'd hoped it would be.  I've loved that movie since childhood, and to see it in its full glory, larger than life in many moments, was magnificent.  I wasn't expecting the colors to pop so much more than on my TV!  The reds and blues especially just dazzled.

~ Survive seeing Avengers: Endgame  Check!  I've seen it three times and blogged about it once, though I have more thoughts I want to share yet.  I also went a bit mad and bought 2 t-shirts, a mug, and a poster, so yeah, definitely loved it.  So thoroughly relieved and happy. 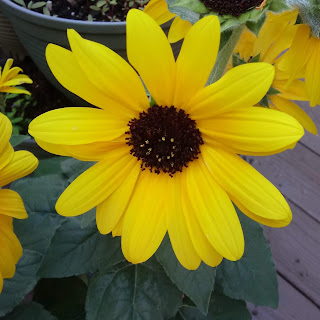 ~ Design a new author website  Check!  You can check it out at rachelkovaciny.com

~ Clean up the horrible mess in my crafting corner  FAIL :-(  I really haven't touched it.  Instead, I went through everything stored in the basement, which was also a mess.  I got rid of 1/3 of the things I'd been hanging onto since childhood, either by giving them to my kids to play with, donating them to the thrift store, or simply accepting that they were basically trash and throwing them away.  It was very liberating.

Only three fails on this list!  Wahoo!  Granted, two of them were kind of massive failures, but I'll take what I can get.

Onward and upward!  I hope to have my summer to-do list ready to share in a day or two :-)

Meanwhile, I leave you with this fantabulous video starring basically everybody important in the MCU.  It makes me laugh and it makes me get tears in my eyes.  Love it.