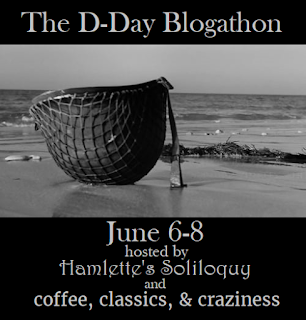 Did you know that June 6, 2019 will be the 75th anniversary of the D-Day Invasion during WWII?  Somehow, that fact just hit me between the eyes last week, and I immediately knew I had to commemorate it on my blog somehow.  And how better than with a blogathon?  So I asked Eva of Coffee, Classics, and Craziness to co-host one with me, and she honored me by saying yes. 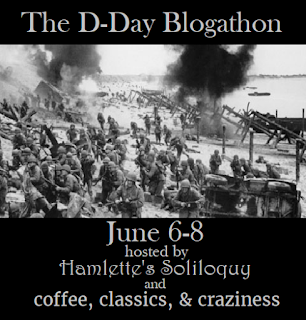 While the obvious thing to do would be to have a blogathon dedicated solely to movies about the Normandy invasion, the truth is, there are only a handful of films that involve that one particular part of the war.

So we are going to broaden this event's scope a bit and use this event to celebrate the Allied troops in the European Theater of Operations (ETO) as a whole.  And we will welcome reviews about movies, TV shows/episodes, and books, as well as any posts about the history of the war, as long as they focus on the war in Europe, not the Pacific.  (Maybe next year, we'll do a blogathon in honor of the Battle of Iwo Jima or something and focus on the war in the Pacific instead?)

Because we're opening it up to such a wide scope of possibilities, we ask that there be NO duplicate entries. 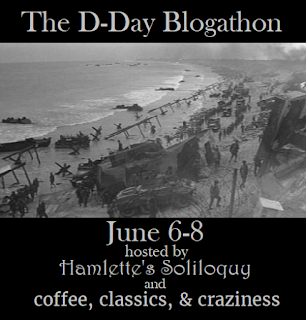 This event will run June 6-8, and you are hereby invited to sign up either on this post or on Eva's post with your ideas of how you will participate.

We insist that all entries be respectful of military personnel on all sides.  This is not a time to air personal ideologies or trash those you disagree with.  If you want to talk about American, British, Canadian, French, Russian, German, or Italian soldiers, that will be okay.  But we insist you be respectiful and polite, or we will remove your review from the ranks.

Feel free to use these buttons to spread this news about this event, invite your friends, and generally encourage people to help us celebrate!  Eva will have totally different buttons on her post, so check that out if you don't care for any of these.