The Tag for the Tolkien Blog Party 2017 My fifth annual Tolkien Blog Party is in full swing over on my book blog, The Edge of the Precipice!  I've got games, giveaways, and more -- be sure to check it out if you're a Tolkien fan.  There's also a tag with ten questions to answer, and as usual, I'm going to answer them over here :-)


1. How long have you been a Tolkien fan?

Since the first time I saw The Fellowship of the Ring in the theater in 2001.  Sixteen years!


2. Has your love of Middle-earth affected your life?

Indeed, it has.  It's brought me quite a few friends, both in the blogging world and in real life.  Well, I guess I haven't met anyone in real life just because of Tolkien, but a shared love of his works has definitely deepened several friendships.

I think it's affected me as a writer too, because I have a deeper appreciation for mythic stories thanks to Tolkien.  I like to use the "hero's quest" form in my own stories a lot of times, and I wouldn't have wanted to learn about that if I hadn't read things about how Tolkien used it himself.


3. If you had to take the One Ring to Mordor, which character would you choose for your sole companion?

Glorfindel!  He's extremely awesome, even if he does have a tiny role in LOTR.  He was such a great person, he actually got sent back to earth after dying during The Silmarillion.  In LOTR, he rode openly against the Nazgul and successfully fought off several of them.  I definitely want Glorfindel on my quest.  (But he doesn't go along in the books cuz yeah, that would make it too easy.)

He's not really in the movies, though supposedly he shows up at the end of Return of the King: 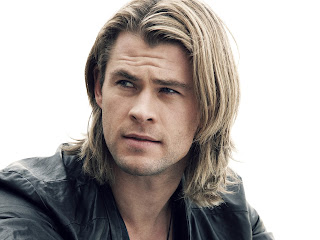 4. Which is scarier, Shelob or the Balrog?


5. Which two towers do you think Tolkien was referring to in the title The Two Towers? (i.e. Orthanc, Barad-dûr, Cirith Ungol, Minas Morgul, or Minas Tirith)

I think Tolkien meant Barad-dûr and Minas Tirith, the dark tower and white city opposing each other.  But I think Peter Jackson meant Orthanc and Barad-dûr. Bard the Bowman's. I especially love his animal-skin coat.  I actually found a replica on Etsy once, but it cost many hundreds of dollars, so yeah, didn't get that.  But I would wear anything of his!  His practical coat, his makeshift fingerless gloves, his plain homespun tunic and trousers, his sturdy boots... and also the fancier blue coat and chain mail he gets later on.  These are comfortable clothes I could live in, which is what I want from clothes. 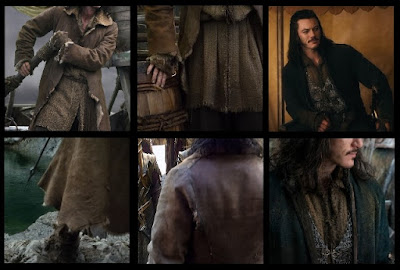 7. What do you think an Ent Draught would taste like?

Like a clear vegetable broth, a sort of celery-plus-onions-plus-mushrooms flavor.

Either the Shire or Rohan.  I do like comfort and books and good food, but I also like horses and wide-open spaces, so I'd like to live in either place.  (But for vacations, I want to go to Rivendell.) 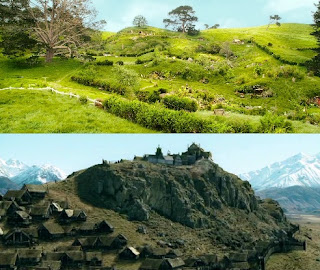 9. Do you have any Tolkien-related opinions that surprise other people?

Well, I like the movies of The Hobbit better than the book, which I know is pretty shocking to some people.  The awful truth is, I don't actually like the book all that well, for a variety of reasons.  But I really love the movies, especially The Battle of the Five Armies (2014).

Also, Boromir is my favorite LOTR character, which kind of confuses some people. 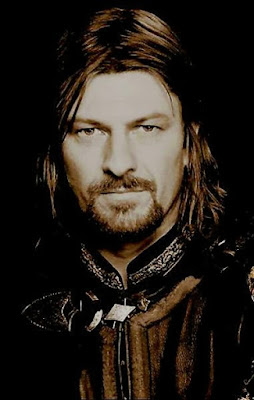 10. List up to ten of your favorite lines/quotations from the books or movies.

"Books ought to have good endings." -- Bilbo

"Good and ill have not changed since yesteryear." -- Aragorn

"Look out for me, especially at unlikely times!" -- Gandalf

"May your beer be laid under an enchantment of surpassing excellence for seven years!" --Gandalf

"In the morning counsels are best, and night changes many thoughts." -- Theoden

"Need brooks no delay, yet late is better than never." -- Eomer


There!  Now I've finished this and can go read all the tag posts people have been sharing at the party.  Yay!
Posted by Hamlette (Rachel) at 1:11 PM