Quiggy at The Midnite Drive-In nominated me for the Liebster Award.  Thank you, Quiggy!  I'm sorry it took me several weeks to finally post this. 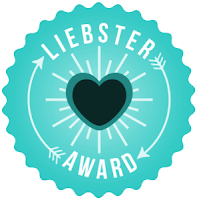 Of course, for the Liebster, you're supposed to answer 11 questions from the person who gave you the award, then make up 11 new questions and tag 11 people, etc.  Here are my answers to Quiggy's questions:

1. What is your favorite genre of movie?  Westerns!  They are my happy place :-)

2. And what movie do you consider to be the paragon of that genre?  The Magnificent Seven (1960) 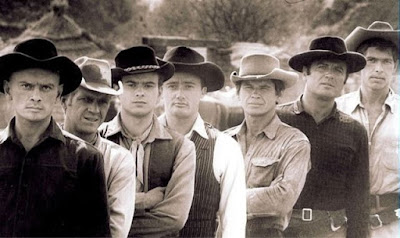 3. With which actor or actress, living or dead, would you most like to have a one-on-one (strictly platonic) dinner and conversation date?  At the moment, Alan Ladd, obviously.  I want to hug him (hugs can be platonic!) and reassure him he's a good actor and will not be forgotten.

4. If you were an actor or actress, which movie character would you most like to have played?  How to choose?  Oh, I'll just say I'd love to have played Maureen O'Hara's role opposite John Wayne in The Quiet Man (1952). 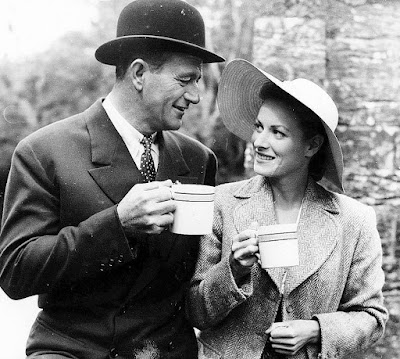 5. What is your favorite movie opening sequence, and, on the other side of the coin what is your favorite movie ending?  I love the way The Man from U.N.C.L.E. (2015) opens, with Cold War headlines and retro opening titles giving way to grainy '60s-style footage of East Berlin that pans over the city and focuses in on Napoleon Solo (Henry Cavill).  It's such a downright groovy way to kick the film off.

As for a favorite movie ending, um... I love a lot of movie endings.  Okay, just to pick one, I love how Gunfight in Abilene (1967) ends very similarly to High Noon (1952), with the sheriff having dispatched the bad guy, standing in the empty street with his love interest at his side -- only in Abilene, he doesn't drop his tin star in the dirt, he's proud to be the sheriff.  It's a nice nod to the earlier film, while ending quite differently.

6. Which movie was the worst remake ever, and which one was the best?  There are a lot of bad remakes out there, and I'm not sure I can (or want to) choose a worst.  Sabrina (1995) is the best remake I have ever seen.  The original lacks chemistry, humor, and charm, but the remake has all of those in spades. 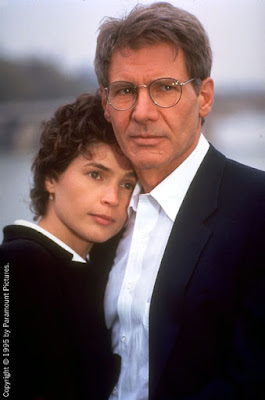 7. If you were a director, which movie would you like to direct? It can be one that hasn't been made yet or it could be a classic in which you replaced the actual director.  I want to write, direct, cast, and produce a movie version of The Blue Castle by L. M. Montgomery.  I would cast Michael Fassbender as Barney Snaith, and I think maybe Elizabeth Henstridge as Valancy Stirling. 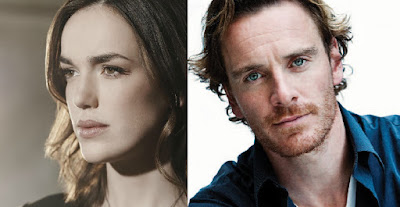 8. On average, how many new movies ("new" to you, not necessarily new theatrical releases) do you watch in a month?  Two or three, usually.  More in the summer, when I go to the theater more often.  But I only watch four or five movies at home most months, and often it's less than that, so yeah... not a ton.  That's why my TBW pile grows instead of shrinking.

9. List at least one actor, actress or director you thought SHOULD have been given the Oscar as opposed to the one who did. Specify which movie they should have gotten said Oscar.  I've always been horribly upset that Harrison Ford did not with the Best Actor award for Witness in 1985. 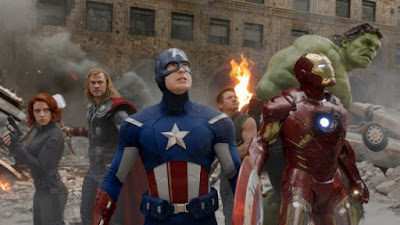 11.Which of your movie blog posts is the one of which you are most proud?  Probably my totally made-up review of the fake film noir version of Hamlet, Murder Most Foul.  It was soooooo much fun to imagine up, find photos for, and write.  I just wish it really existed!


Okay, I'm also supposed to list 11 facts about myself that I think are interesting.  It's hard coming up with new facts all the time, so I'm sorry if I repeat some I've used previously.

1.  I named my first dog "Spunky" after a book by Janette Oke.
2.  I named my second dog "Lucas" after the main character on the show The Rifleman.
3.  I named my third dog "Westley" after the main character in The Princess Bride.
4.  I like listening to vinyl records.
5.  I went to the Summer Olympics in Atlanta, GA, in 1996.
6.  I collect Coca-Cola merchandise and decorated my kitchen with some of it.
7.  My MBTI type is ISFJ.
8.  I love Wolverine more than Thor.  (Try not to faint.)
9.  I've eaten bear, moose, and elk.
10.  I love playing with Legos.
11.  My middle name and my daughters' middle names all end with an 'e'.

I hope those were interesting.  Now to tag 11 bloggers!

Play if you want to!

Here are the 11 questions I want YOU to answer:

1.  Is there a movie that has really yummy-looking food in it that you'd love to eat?
2.  What era do most of your favorite movies take place in?
3.  What two actors/actresses have you always hoped would make a movie together, but didn't/haven't yet?
4.  If money and time and supplies (and crafting ability) were not considerations, what movie character would you love to cosplay or dress up like for Halloween?
5.  Have you ever cosplayed or dressed up like a movie or TV character for Halloween?
6.  What movie would your friends/family be surprised to learn you truly enjoyed?
7.  What's one book you hope no one ever makes into a film?
8.  Do you know the Wilhelm Scream when you hear it?
9.  When a character onscreen has to hold their breath, to you try to hold your breath to match theirs?
10.  What upcoming movies (or TV series) are you excited about?
11.  What are some of your favorite movie-oriented blogs?  (Or just blogs that post movie reviews sometimes.) 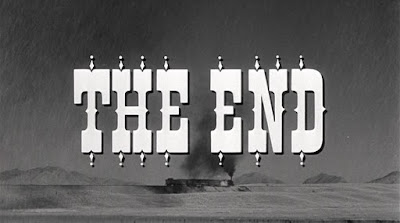 If I didn't tag you, but you want to answer these questions anyway, feel free to do so in the comments.  Or on your own blog -- you can ask me for an "official" tag if you want to :-)
Posted by Hamlette (Rachel) at 7:28 PM