Jamie over at Two Blue Eyes tagged me with this a few days ago.  I'm supposed to list off my 10 favorite characters from movies or TV, and then tag up to 10 bloggers to do the same.  I haven't done one of my lists of ten favorite something-or-others for a long time, so I thought this would be a good addition to that series :-)

These are characters I love on screen, though some of them I also love in the books or comics that inspired them.  But I am referring here to particular onscreen incarnations, okay? 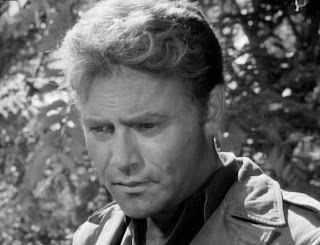 1.  Sgt. Saunders (Vic Morrow) from Combat! (1962-67).  I love so much about Saunders.  His courage, his stubbornness, his moral certainty, his compassion -- he's such a nuanced, layered, complex character, and I love him dearly. 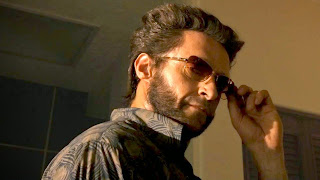 2.  Wolverine (Hugh Jackman) from the X-men movies.  Ahh, Wolvie.  What can I say?  I would love to be Wolvie, to have his swagger, his lack of caring about what other people think, his high level of snarkiness.  I'm going to be very sad when Hugh Jackman turns in his claws in a couple of years, as I can't imagine anyone else embodying this character nearly so well.  I kind of don't want to see anyone try. 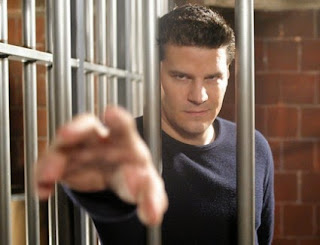 3.  Angel (David Boreanaz) from Angel (1999-2004) and Buffy the Vampire Slayer.  I have so much sympathy for Angel, with his load of guilt for his past misdeeds, and his burning desire to help people, to atone for all the misery he's caused, to find forgiveness.  And I admire him, too, the way he stands back up every time he stumbles.  Doesn't give up, this vampire of mine. 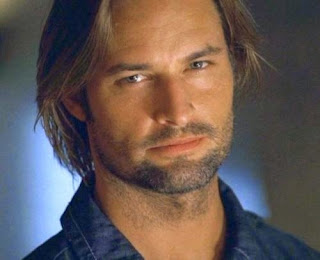 4.  Sawyer (Josh Holloway) from Lost (2004-2010).  I've never been particularly attracted to "bad boys," but I'm fascinated by con artists and Southerners, so I was interested in him from very early in the series.  I love how he reinvents himself over and over, but can never actually change who he is inside. 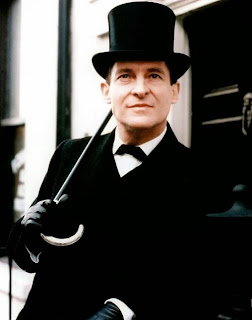 5.  Sherlock Holmes (Jeremy Brett) from the Granada Television productions (1984-1994).  I love Sherlock Holmes in the original stories, and Brett's performance most closely matches the Holmes in my imagination.  He's brilliant, brusque, and so impatient, but has a kind heart and a twisty sense of humor. 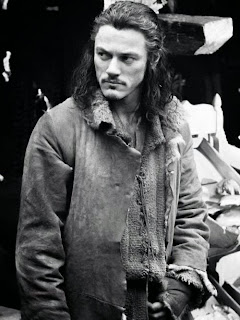 6.  Bard the Bowman (Luke Evans) from the Hobbit movies.  I rhapsodized here last month about why I love Bard so much, so today I'll just say that I admire his devotion to his family and his determination to protect them. 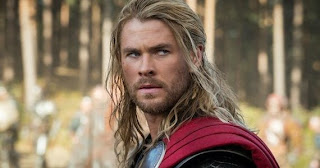 7.  Thor (Chris Hemsworth) from the Avengers movies.  I get so annoyed by people who write Thor off as brawny eye candy.  He's so much more than that!  He's intelligent, but somehow a bit guileless, and he overlooks the faults of people he loves, which is why Loki can trick him so easily.  He's loyal, protective, trustworthy, and unselfish. 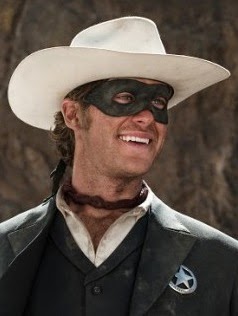 8.  John Reid (Armie Hammer) from The Lone Ranger (2013).  John Reid is my doppelganger.  Seriously, he is like a male version of me -- I've never found another movie character I identified with quite so closely.  I love his blend of naivety, intelligence, bookishness, manliness, and loyalty.  He's not at all like the original Lone Ranger character, but I am totally cool with that. 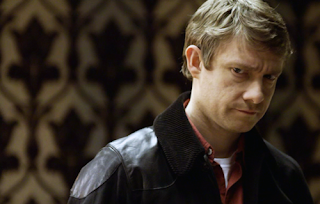 9.  John Watson (Martin Freeman) from the BBC's Sherlock (2010--).  He's so unendingly nice, isn't he?  And he puts up with so much nonsense, not without a growl or two, but still, he's the best friend anyone could ask for. 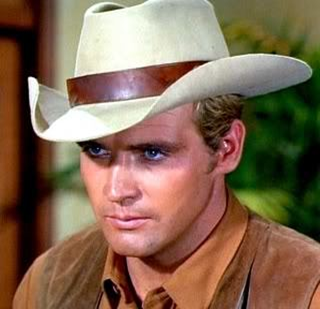 10.  Heath Barkley (Lee Majors) from The Big Valley (1965-69).  Heath's one of those characters I want to hug and take care of.  He's had a rough life, growing up illegitimate and fatherless.  I love how he fits into the Barkley family when he finds them, and yet is always just a little bit "other," never quite feeling secure in his new role as brother and step-son.  Of all the characters I love, he's the one who needs the most emotional TLC, though don't get the idea that he's weak or helpless!  He can shoot, brawl, and ride with the best of 'em.