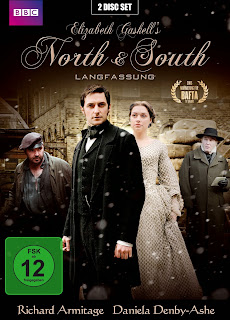 I've seen this three times now, three times in 4 months, and I finally feel qualified to blog about it a little.

Yes, it wasn't until February that I finally saw this amazing miniseries.  In fact, I hadn't even heard of it until a year or two ago!  Isn't that awful?  And at first, when bloggers mentioned North & South, I thought they were talking about the Patrick Swayze miniseries about the American Civil War.  Took me a while to realize this was a completely different thing.

Eventually, Heidi, Kara, and DKoren together convinced me to give this a try.  I originally watched it on Amazon over 3 or 4 nights,  and yeah, completely fell in love with it.  Promptly ordered the DVD.  Have watched it twice since.  Want to watch it again.  Because every time through it, I see new details, new depths to the characters, new nuances I had missed before.  Like the first time through, I didn't notice how often Margaret looks back over her shoulder -- when Mr. Thornton said, "Look back.  Look back at me," I found it pretty swoonworthy, but I didn't make the connection until my second viewing with the fact that she was constantly looking back at the factory or at other people, and so he'd noticed that and wanted her to do it one more time.  Little things like that, see?  So powerful, so rich.

One of the coolest things about this miniseries is how, by the end of it, I like every single character.  Okay, except Fanny Thornton, I don't really like her.  But everyone else, by the end, I like!  Even the characters I disliked or was annoyed by to begin with, like Mrs. Thornton, Mrs. Hale, and Mr. Bell.  By the end, I couldn't do without them.  I even love some of them.  Not as much as I love Nicholas Higgins and Mr. Thornton and Margaret Hale, but quite a bit. 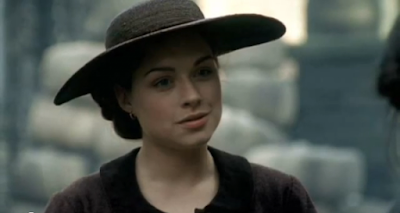 To be honest, I'm not sure who I like best in this miniseries.  I love Margaret (Daneila Denby-Ashe) for her intrepid curiousity, the way she ventures forth in a strange world time and again, asks questions about things she doesn't understand, and apologizes when she misunderstands Milton ways. 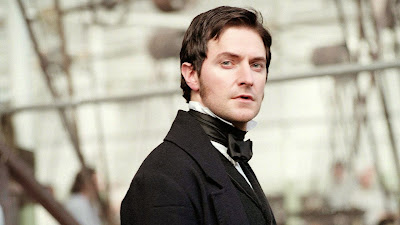 I love John Thornton (Richard Armitage) for his general stubbornness, whether it's about making his workers do as he says, doing the honorable thing at all times, or refusing to stop loving Margaret or even try to forget her. 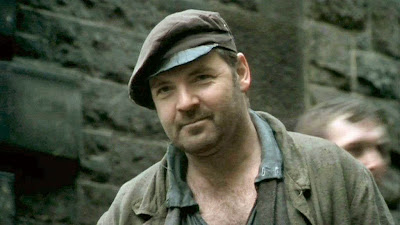 And I love Nicholas Higgins (Brendan Coyle) for his shrewdness, his openhearted ways, his tender care for his daughter and Boucher's orphans.

I think this may be the most perfectly cast period drama miniseries I have ever seen.  Not one actor feels out of place or wrongly chosen, and I can't imagine anyone else in these roles.  However!  I do really want to see the 1975 version too, because... Patrick Stewart!  Happily, the library has it, so I'm hoping to see it soon.  I'm sure I'll review it when I do.

I just finished reading the book this week, and also reviewed it today, here.  I leave you with this one passage from it, which I think proves my point about Mr. Thornton's perfect casting, at least.


"Now, in Mr. Thornton's face the straight brows fell low over the clear, deep-set earnest eyes, which, without being unpleasantly sharp, seemed intent enough to penetrate into the very heart and core of what he was looking at.  The lines in the face were few but firm, as if they were carved in marble, and lay principally about the lips, which were slightly compressed over a set of teeth so faultless and beautiful as to give the effect of sudden sunlight when the rare bright smile, coming in an instant and shining out of the eyes, changed the whole look from the severe and resolved expression of a man ready to do and dare everything, to the keen honest enjoyment of the moment, which is seldom shown so fearlessly and instantaneously except by children" (p. 81). 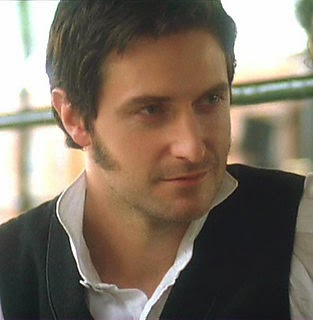 Is this miniseries family-friendly?  Mostly.  There's a bit of mild violence (hitting, kicking, throwing rocks) and a couple of era-appropriate curse words.
Posted by Hamlette (Rachel) at 8:33 AM