Francis, Daffodils, and The Garden

Anyway, I got it earlier this week, and have been having a blast trying out all the new settings!  I'm so happy that my daffodils bloomed later than everyone else's, because they're still lovely and I got to take all kinds of pictures of them.  They're my first daffodils of my very own, which is so exciting to me because they're my favorite flower.  So here are a few of the photos I've taken of them this week, using some of Francis' settings: 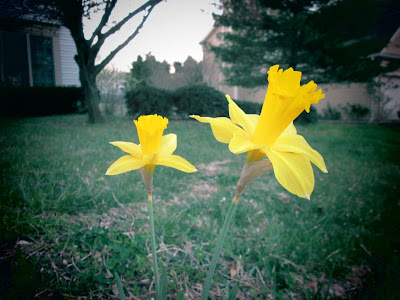 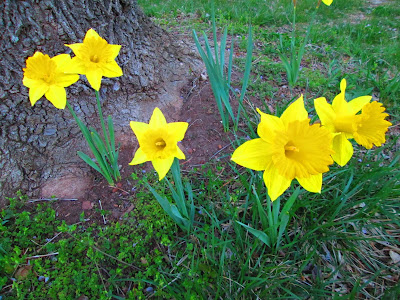 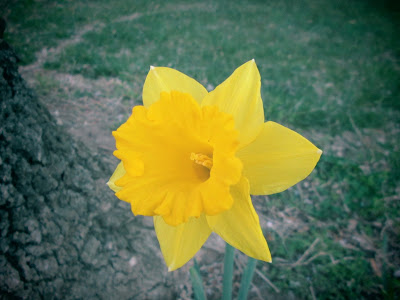 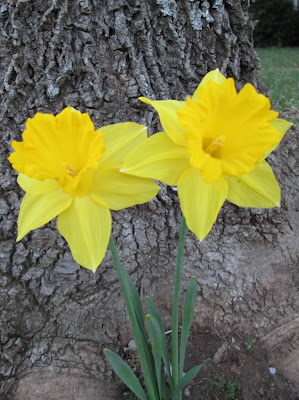 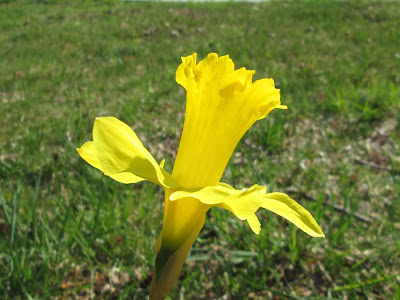 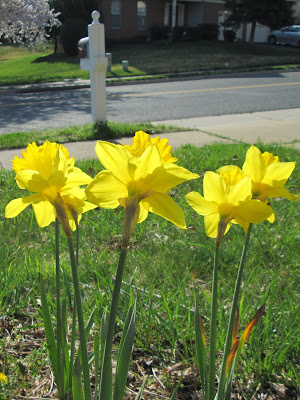 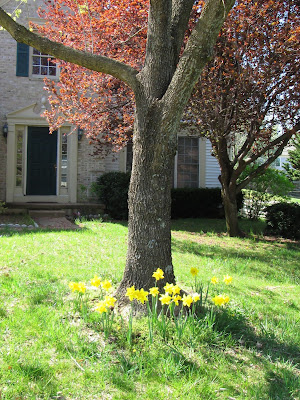 See the nifty effects I get to play with?  That one with the shadows in the corners is called "toy camera," and so far it's my favorite.  This last photo shows where the daffodils are in relation to the front of the house.  This fall, I plan to plant more so they totally encircle that tree instead of just being around the front half.

Here's what else we've been doing outside:  building a garden! 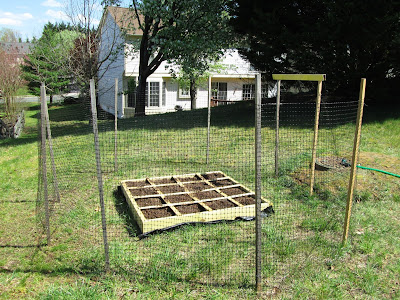 We decided to try a Square Foot Garden this year, since it uses all new dirt.  Last year, our  garden failed abysmally.  Cowboy planted a peach tree in the middle of our old garden, and clover all around it: 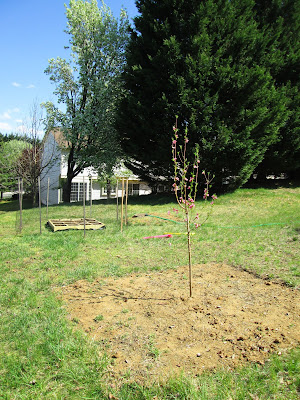 There you can see how the tree and garden are up on the hill behind our house.  We planted clover around the peach tree because the two are supposed to grow well together, and because bunnies like clover and we have bunnies.  They and the deer are why we have the fence around our garden.  Cowboy just finished putting up the fence today, and I'll be planting peas later this week.  He built our box a couple weeks ago, and filled it with dirt earlier this month.  Doesn't it look like it'll be fun to plant in? 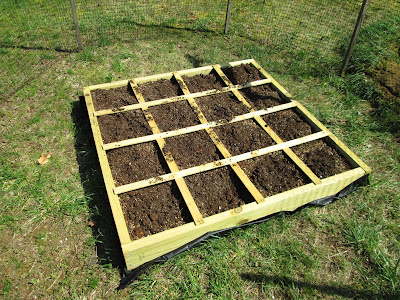 So anyway, I have lots more photos of flowers on our property, but I'll post them some other time.  For now, I'll just say that so far, there's only one thing Francis isn't very good at taking clear pictures of:  little boys riding big-wheels :-D 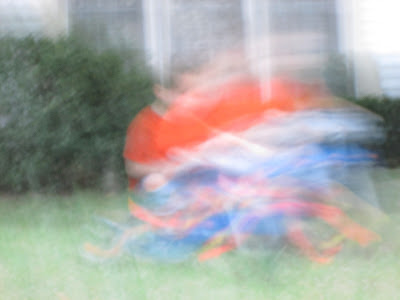