Labor Day has come and gone.  While summer weather tends to linger through September here, leaves are starting to turn different colors and pumpkin spice everything is filling the stores, so... time to see what I checked off of my Summer To-Do List and start gearing up for an autumnal one.
~ Keep pushing My Rock and My Refuge closer to publication Check!  I expect to have a release date set by the end of this month -- probably in November, but before Thanksgiving.
~ Start reposting my old Femnista articles here Check!  I've posted a couple already, and will continue to do so.  It's fun getting to discuss them in the comments here.
~ Read 3 books from my current Classics Club List Check!  I read five, which means that now, I only need to read ONE more book and I'll have finished my third batch of fifty books!  Anyway, the five I read this summer were:

~ Read 12 books off my TBR shelves  Check!  I read nineteen :-o  Quite a few of those were from being laid up with my broken arm, and going on a couple of short road trips helped a lot too.
~ Watch 6 movies off my TBW shelves Check!  I watched ten, again partly because I was laid up with a broken arm and couldn't do much but sit in the recliner and read or watch movies for ten days.  The DVDs I got off my TBW shelves were:
Blood Alley (1955)
Vengeance Valley (1951)
Paris When it Sizzles (1964)
Moonfleet (1955)
The Saint Takes Over (1940)
Death on the Nile (1978)
Redhead from Wyoming (1953)
Leverage season 5 (2007-08)
The Saint in Palm Springs (1941)
Wild Harvest (1947)
~ Go see Mrs. Harris Goes to Paris in the theater  Fail.  It was only here a couple weeks, and I was either gone or busy the whole time.  Booo :-(
~ Go see Vengeance in the theater  Fail.  Just never got there.
~ Co-host Legends of Western Cinema Week once again Check!  Visit this post for a complete roster of links to all the contributed posts. 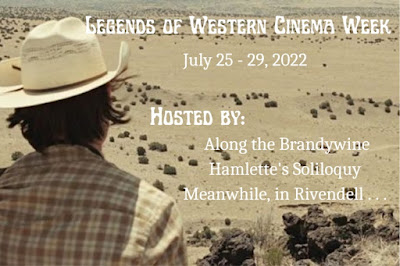 ~ Go to Tweetsie Railroad with my whole family Check!  We had a wonderful day there :-)
~ Go to Colonial Williamsburg Fail.  Never got around to it.  Partly because of the broken arm, and partly because of going other places and having lots of busy stuff going on.
~ Find a good copycat recipe for Dole Whip Check!  DKoren shared one that we all liked so much, we made it multiple times.
~ Make red, white, and blue popsicles for our Independence Day party Check!  They turned out really cute, though we ended up not eating them at the party.  But we shared them with friends a different time instead. 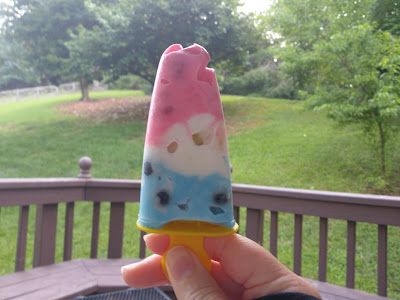