Modern Dream Cast for "It's a Wonderful Life"

I want to be very clear, right from the start, that I am not advocating for anyone to remake It's a Wonderful Life (1946).  That movie is jewel-perfect and could not be improved on.
However.  It's really fun to imagine an alternate reality in which It's a Wonderful Life is getting made into a movie for the first time in 2021, starring today's talent.  And in which I am a casting director with the power and budget to cast whomever I please :-D
Please note that some of what I discuss here may spoil the original film, so if you haven't watched the 1946 film, do yourself a favor and celebrate its 75th anniversary by watching it before you read this.
With that in mind, here are my casting choices! 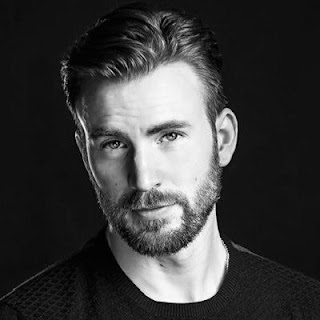 George Bailey -- Chris Evans
We need someone extremely likable and relatable for George Bailey, and I think Evans excels at both of those.  After all, he made Captain America a fan favorite by exuding genuine niceness, which is not something most actors can pull off.  But we also need someone who can go dark and angry as his frustrations and disappointments keep piling higher and higher.  Having just watched Knives Out (2019) for the first time this month, I really think Evans can go to that dark and lonely place too, making him ideal for this role. 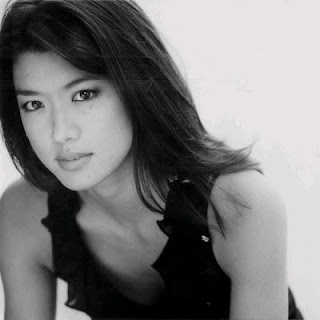 Mary Bailey -- Grace Park
Mary Bailey is a tough character to cast because she's so multi-faceted!  She needs to be a sweet yet sexy girl-next-door in the flashbacks, then be a dependable and loving mother and wife, and yet also be a dowdy spinster in the alternate reality scenes.  That's a lot to ask from one actress!  But I think Park can handle all of it.  She impressed me so much back when she was on Battlestar Gallactica (2004-09), where she played multiple people with a magical blend of toughness and sensitivity.  In fact, I liked her so much there that she's the main reason I watched the Hawaii Five-O (2010-17) reboot.  I also think she and Evans would play a cute and believable couple. 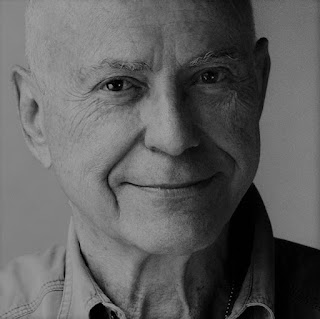 Clarence -- Alan Arkin
This might be my favorite bit of casting.  In fact, I kind of started with Clarence and then moved outward from him because if he's not likable, no one will believe that George Bailey rescues, befriends, and believes him.  Alan Arkin has such a wonderful, mischievous twinkle to him, and I very much wish I could see him in this role for real!  I think he would play off Chris Evans extremely well, never taking too much nonsense from him, but also never bullying or badgering him into making good decisions. 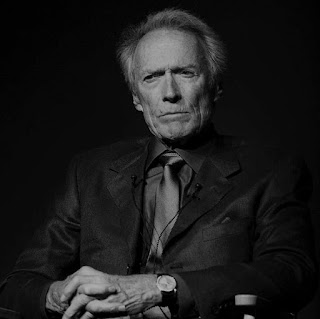 Mr. Potter -- Clint Eastwood
Probably my other favorite bit of casting.  If we can wrangle a moment where Mr. Potter calls George Bailey a punk, that would be amazing.  But even if we can't, my goodness, Eastwood would be so magnificent as a "warped, frustrated old man" grasping at any and all possible ways to ruin the young man he hates and envies so much.  He honestly might be a little TOO scary in the role, but I'm willing to take that chance. 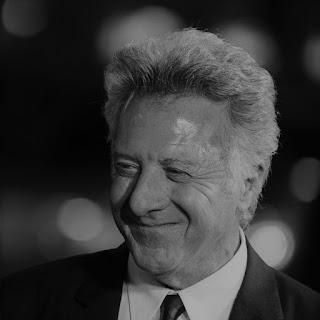 Uncle Billy -- Dustin Hoffman
Did I cast Dustin Hoffman because he blusters and fumbles well?  Yes, I did.  Would he make audiences cry with his despair after he loses that all-important deposit?  Yes, he would. 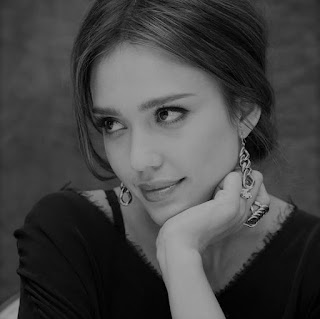 Violet -- Jessica Alba
Violet was so hard for me to cast!  She has to be sexy and sassy, but also not too brassy.  We have to believe that she dates around and likes to have a good time, and has maybe gotten herself in a little trouble from time to time... but we also have to believe that the kiss she plants on George's cheek is innocent of anything but gratitude.  I think Jessica Alba can pull off the mix of come-hither and don't-come-quite-that-hither that the role requires. 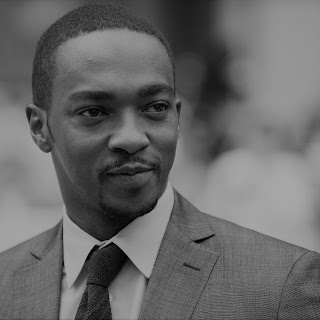 Sam Wainwright -- Anthony Mackie
Hee haw!  Sam Wainwright, how ARE you?  :-D  Did I cast Mackie here because I already know he's great at giving Chris Evans crap with a likable grin?  Absolutely.  Plus, I just want to see him in more roles!  I think he'd be awesome as a successful businessman who gracefully loses Mary to George...but continues to give George a hard time whenever he gets a chance. 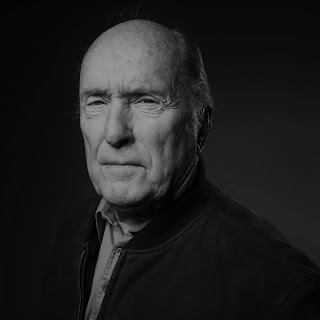 Mr. Gower -- Robert Duvall
I don't think the whole childhood incident with little George saving Mr. Gower's reputation as a pharmacist would work in modern times.  Pharmacies don't work that way anymore.  But surely we could figure something similar out with Mr. Gower being a barista who accidentally puts sugary syrup in a coffee for a very diabetic customer, and George being a delivery boy who notices and doesn't take her the coffee because it would hurt her.
Anyway, Duvall can ALWAYS be depended on to be enjoyable and watchable.  And I love that he's still acting!!! 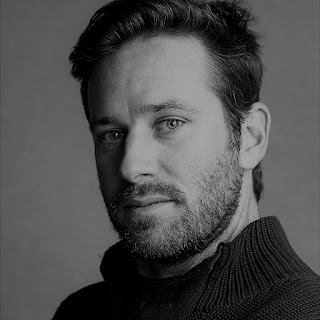 Harry Bailey -- Armie Hammer
George Bailey's kid brother who turns into a glamorous war hero has to be taller and cooler than George himself.  I know Hammer has had some personal difficulties lately, but I can't wait to see him in Death on the Nile next year, and I think a happy-go-lucky role like Harry Bailey would be perfect for him to charm audiences back into really liking him. 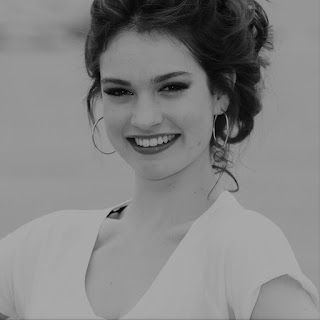 Ruth Dakin -- Lily James
I STILL haven't seen Rebecca (2020), but I love the photos and clips I've seen of James and Hammer together in that, and I think it would be such fun to see him as a genuinely happy couple in this.  Ruth needs to have polish and aplomb, but also be fun and appealing, all in just a couple of minutes on screen.  We need to believe that George truly likes his new sister-in-law and takes her seriously when she says that Harry has a too-good-to-miss opportunity ahead of him. 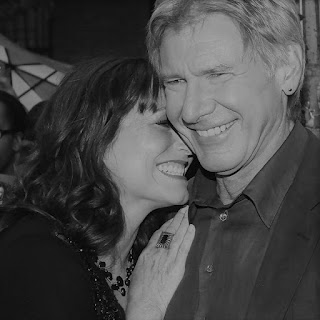 Ma and Pa Bailey -- Karen Allen and Harrison Ford
PLEASE, can we make this movie happen?  I know this picture is from a few years ago, but I'm certain Allen and Ford would still be magically delicious together.  And be believable as the parents of hotties like Chris Evans and Armie Hammer. 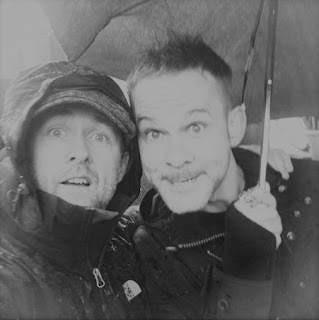 Ernie and Bert -- Billy Boyd and Dominic Monaghan
Did I save the best for last?  I DID.  Obviously.  We need this movie to happen just so these two goofballs can play opposite each other again, even in the super tiny roles of Bert the Cop and Ernie the Cabbie.  It's completely impossible to find photos of Monaghan and Boyd together where they look like normal people, much less movie stars, but since Bert and Ernie have a key scene together in the rain, serenading the newlywed Baileys, I figure this works pretty well.
What do you think?  Let's discuss! 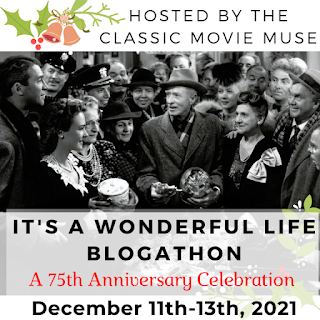 This is my second contribution to the It's a Wonderful Life Blogathon hosted by Classic Movie Muse in honor of this classic film's 75th anniversary.  (My first was a review of the short story that inspired the film.)
Posted by Hamlette (Rachel) at 7:32 PM