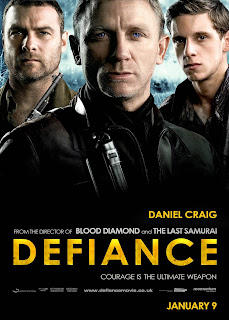 Defiance (2008) is the true story of four Jewish brothers in Belarus who not only evaded the Nazis all through World War II, but also helped more than a thousand other Jewish people elude them as well.
Zus (Liev Schreiber) and Asael (Jamie Bell) Bielski are stunned when they discover their parents were murdered by Nazis at the family farm.  Their younger brother Aron (George McKay) has survived, and they're soon joined by oldest brother Tuvia (Daniel Craig).  The four brothers hide in the forest nearby, grieving and trying to figure out what to do next.  Tuvia gets a gun from a neighbor and executes the local man who led the Nazis to the Bielski farm, and then the brothers set out to survive in the forest.
It turns out there are other Jews hiding in the forest.  The Bielski boys all basically grew up in the forest, so they're excellent at hiding and surviving there.  The other people look to them for guidance and help, and Tuvia agrees to lead them.  First, he's helping a dozen people, then several dozens, and then hundreds.  Under Tuvia's direction, the people build a whole hidden village deep in the forest, with a school for children, organized food collection, and their own little militia.
This sounds kind of idyllic, but it's not -- the Nazis are an ever-present threat who find the fugitives multiple times, forcing all the people to flee and set up all over again.  Hunger is also a persistent problem, as you can't exactly farm in the forest.  People die both onscreen and off, including Tuvia's and Zus's wives, who had not followed them into hiding. 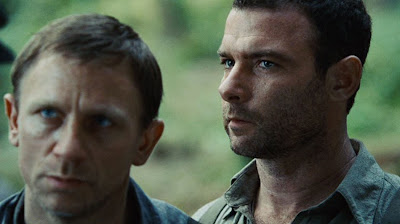 Zus is the "wild" brother, and he grows impatient with Tuvia's emphasis on caution and hiding and survival over striking back at the Nazis.  Zus leaves to join a Russian otriad, or partisan group, and becomes an enthusiastic soldier.  Occasionally, the Russians and the Jews will work together against the Nazis, but sometimes, they come into conflict with each other instead.
Mixed in with all the war and death and fighting and fear is a little bit of romance.  Asael falls in love with a girl named Chaya (Mia Wasikowska), Zus gets involved with a fellow fugitive, and Tuvia takes a long time to realize/admit he's in love with the lovely Lilka (Alexa Davalos).  The romances are understated and quiet, and all three are quite different, which I appreciated, because no couple falls in love the same way as any other couple. 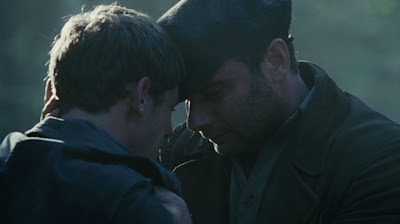 One of the little things I like best about this movie is how physically affectionate the Bielski brothers are to each other.  In grief and in joy, they reach for each other and hold each other close.  Over and over, they touch at random moments, with a pat on the back here, a hand on the shoulder there.  It really helped sell that they're brothers, as this is how many families I know relate, including my own. 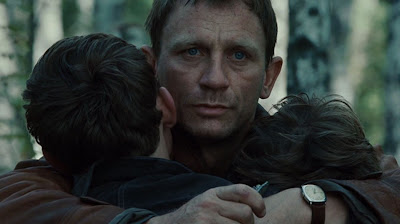 This may be a spoiler, so skip this paragraph if you like, but since it's based on history, I will just go ahead and tell you that by the end of the war, there were more than 1200 Jewish people in the camp!  I love that the movie tells you at the end what happened to the Bielskis -- three of them survived the war and moved to New York City.  Aron is still alive today! 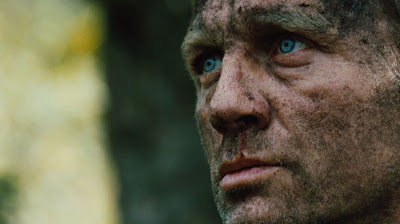 When I re-watched this movie last week, I realized that I very strongly identify with Tuvia Bielski.  He's quiet, and he internalizes a lot of things, which I also do.  He is a reluctant leader, but he also doesn't have a problem being bossy if people need bossing and no one else steps up to do the job.  He would rather do hard things himself than delegate them to others.  And he spends an enormous amount of energy and time caring for others, then gets all shocked when he needs care himself... and when someone offers to help him, he's reluctant to accept.  Yeah, there's a lot of me in the movie version of Tuvia.  I hadn't realized that before, but I'm sure that's a big part of why I like this movie so much. 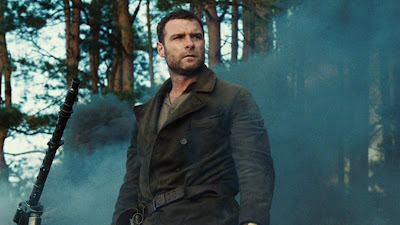 The other reason I like it is, obviously, the casting.  I'm a longtime fan of Liev Schreiber, and he is fantastic as the mercurial, brooding Zus.  He happens to look extra awesome when he's scruffy, and he's scruffy for the entire movie, so that is a total bonus.  And he gets some very cool scenes at the end that involve a tank. 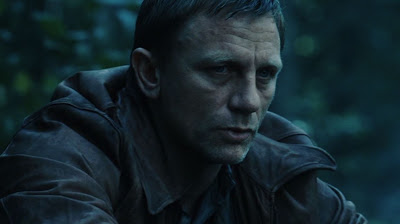 Daniel Craig spends most of the movie conveying a sort of repressed fury mixed with annoyance.  He plays Tuvia as a loner who doesn't want to have to lead and organize and counsel a bunch of strangers, but he realizes he has the necessary skills, so he does it anyway.  Also, Craig is great at conveying inner turmoil with just his eyes, and he has several scenes where his eyes tell you all the things he refuses to actually speak about what he's witnessed or done. 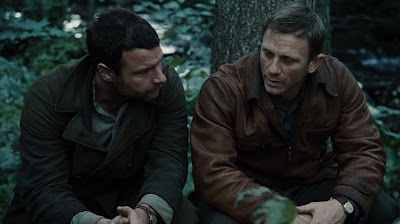 I really like the accents both Schreiber and Craig use; they sound very authentic to my admittedly thoroughly American ears.  My husband lived in Ukraine as a teen and speaks enough Ukrainian to understand a lot of the Russian dialog in the movie, and while we watched this, he kept telling me that the subtitles for the Russians were leaving out a lot of words and condensing things a bunch, which kept cracking me up.  Just little things like, "He didn't call him 'comrade,' he called him 'comrade commander, sir'" and things like that. 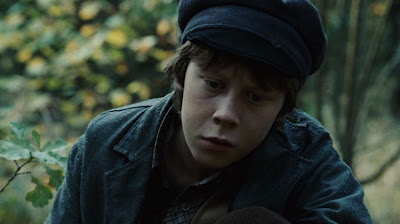 It was really cool to see a young George McKay in this, as I like him so much in Ophelia (2018) and 1917 (2019).  He was sixteen when they filmed Defiance, but his character looks and acts a lot younger.  I also enjoy seeing Jamie Bell and Mia Wasikowska together in this, since they also appear together in Jane Eyre (2011). 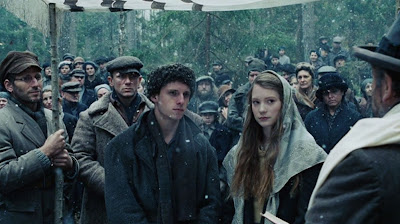 Is this movie family friendly?  No.  It has a lot of bloody violence, some very bad language, and a little crude and suggestive dialog, though nothing very icky.  There are no love scenes, but there's a scene where Tuvia and Lilka are both shirtless in bed together, mostly covered by a blanket and clearly having just shared an intimate encounter.  If those things would bother you, and you have a filtering service, this is a movie I would definitely watch using that, as it's a wonderful bringing-to-life of an important part of history.
EDIT: I forgot to mention that there's also a scene at the beginning where you see a mass grave filled with naked corpses, getting filled in by Nazis.  You can't really see the bodies close enough for it to be a nudity thing, but it's pretty horrible when you remember this stuff really happened.  That's probably the worst scene in the whole film for me, and I had kind of blocked it out of my memory. 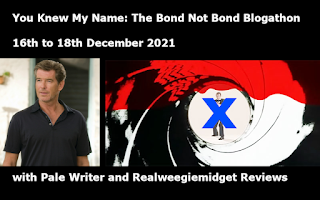 This is my second entry into the You Knew My Name: The Bond, Not Bond Blogathon hosted by Pale Writer and Reelweegiemidget Reviews!
Posted by Hamlette (Rachel) at 9:04 AM