I went to bed so sad last night.  I'd pulled up Instagram while brushing my teeth before bed, and the top post was that we'd lost Chadwick Boseman. 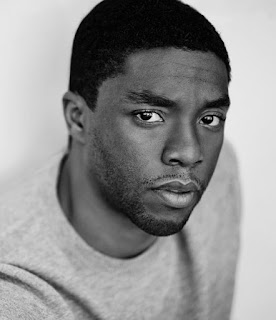 I've been a fan of his since 2013, when I went to see 42 and was blown away by his portrayal of Jackie Robinson.  He brought the perfect mix of dignity, anger, determination, and athletic grace to the role.  When I found out he was going to be playing T'Challa/Black Panther in Captain America: Civil War (2016), I was so excited! 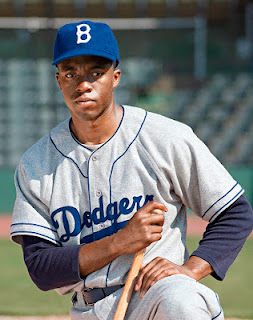 And he surpassed my every expectation in his portrayal of T'Challa.  Fierce, kind, funny, strong, elegant, and powerful -- he quickly made Black Panther a favorite of mine in the MCU.  I was looking forward so much to seeing another solo film for him.  In fact, last night, I was wondering if maybe Boseman would make a western sometime, because he'd be so fantastic as a cowboy hero. 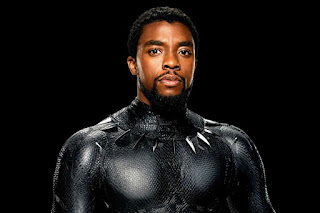 Actually, he'd been on my mind on and off for a couple of hours last night because Cowboy is reading One Bad Apple aloud to my kids at bedtime right now.  And, in my head, Chadwick Boseman plays Ness, the trail scout who first encounters the seven orphans.  So, when I was listening to my husband read the part where Ness offers to help them, that put Boseman in my head and made me think, "You know, maybe I'll get lucky and he'll make a western sometime for real."  And then Cowboy and I watched the movie The Tin Star (1957) last night.  I had listened to the soundtrack for that movie almost the entire time I wrote and rewrote One Bad Apple, so watching the movie was a little surreal because I'd hear cues and think, "Hey, this is where Ness rides into view," or "This is where Hopeful gives Levi an apple," or "This is where Ness stands up to Sanderson."  So he was in and out of my mind, by association, all evening.  And then the news hit me as I was getting ready for bed.  And I still feel off-kilter this morning, oddly bereft by the loss of this man I'd never met, but whose acting inspired me in so many ways.

Also, he was three years older than me.  That hits close to home in a whole different way.

Happily, Boseman was a church-attending, born-again Christian who continued attending church even after becoming a big Hollywood star.  He may have lost his fight with colon cancer, but we can trust that he's at peace in heaven now. 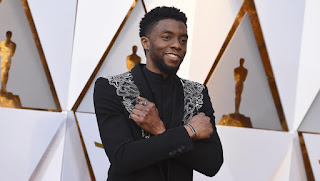 Wakanda forever.
Posted by Hamlette (Rachel) at 9:28 AM