"A Shady Deal at Sunny Acres" -- My Favorite "Maverick" Episode 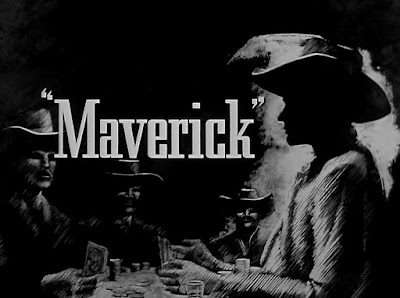 I have probably seen "A Shady Deal at Sunny Acres" more often than all the other Maverick eps I've seen combined.  It's not the first Maverick episode I watched -- that would be "Duel at Sundown" -- but it quickly became my whole family's favorite.  When I was a teen in the '90s, our local video store had only those two episodes, and we rented them both multiple times, but my dad eventually found and bought this one so we could watch it to our hearts' content.  And we did.  Twenty years or so later, he proudly introduced my kids to this series with this very episode. 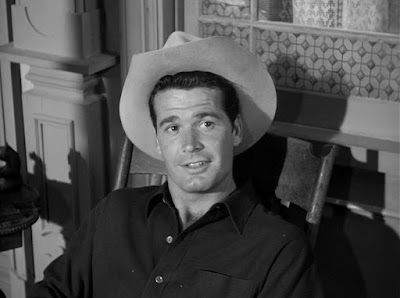 We watched this so often when I was a kid that my whole family tends to refer to John Dehner by his character's name in this, Banker Bates.  Dehner was actually in five episodes of the show, playing a variety of characters, but he filled this role so perfectly that we will forever associate him with it. 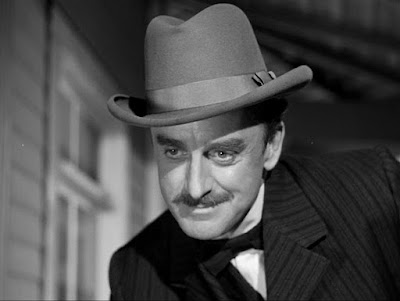 Anyway!  I think my dad and I both love this episode particularly well because it involves a con game, and for some reason, both he and I are fascinated by conmen.  From The Sting (1973) to Ocean's 11 (1960) to Dirty Rotten Scoundrels (1988) to Sawyer on Lost, I am endlessly fascinated by con artists! My dad is a fan of all but the last of those, and we count this episode right up there with the best of the con game movies.

Okay, so, what happens is, Bret Maverick has a super-lucky night at the poker tables in a little town called Sunny Acres.  So lucky, he ends up with $15,000 in winnings, which adjusted for inflation would be about $300,000 in today's money.  He doesn't want to hold onto that kind of money -- lots of people know he won a lot, and he doesn't want to get robbed.  So he stops by the local bank, which is closed, gets the attention of Banker Bates (John Dehner), and asks to deposit the money and get a receipt.  Banker Bates takes the money, give him a receipt, and Bret goes off to his hotel room to sleep the sleep of the deeply lucky and happy. 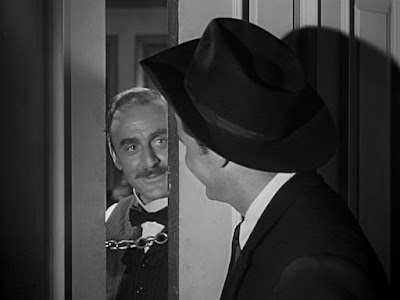 The next morning, he goes back to the bank to withdraw a little of his winnings.  Banker Bates says he's never seen Bret before, that the receipt Bret has is not official and worthless, and that Bret definitely did not leave $15,000 at his bank the night before.  And he couldn't possibly be lying, could he?  "After all, if you can't trust your banker, who can you trust?" Bret knows he's been swindled.  But $15,000 is not chump change.  He sits down on the porch of the building across the street from the bank and starts to whittle.  He makes no secret of the fact that he wants Banker Bates to give him his $15,000 back, but whenever anyone asks him how he's going to get it back, all Bret will say is, "I'm working on it." 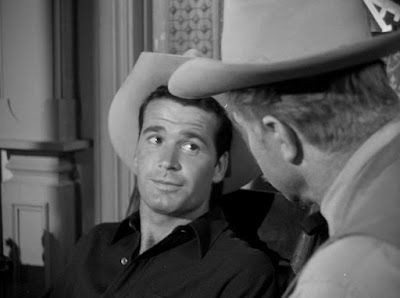 Enter a handsome stranger who calls himself Bartley J. Mansfield II, but who the audience knows is Bret's brother, Bart Maverick (Jack Kelly). 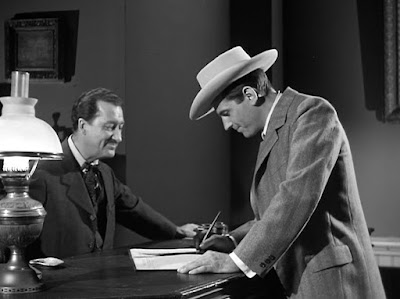 "Mansfield" lets it be known he's a speculator out here buying up mining stock on behalf of a bunch of friends.  He gets to know Banker Bates and introduces him to the merry world of speculation. 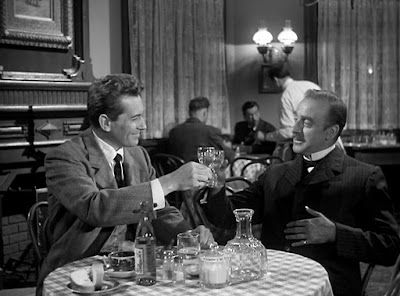 "Mansfield" rides around the countryside buying shares in old mines for pennies on the dollar, then says he's going to sell them for much more than he'd paid.  Banker Bates finds this too good to be true, so "Mansfield" invites him to come along and see the transactions.

Fans of the show get treated to lots of familiar faces over the next few scenes, for the Maverick brothers have enlisted the help of several of their off-and-on associates for this con, recurring characters Samantha Crawford (Diane Brewster), Gentleman Jack Darby (Richard Long), Dandy Jim Buckley (Efrem Zimbalist, Jr.), and Big Mike McComb (Leo Gordon). 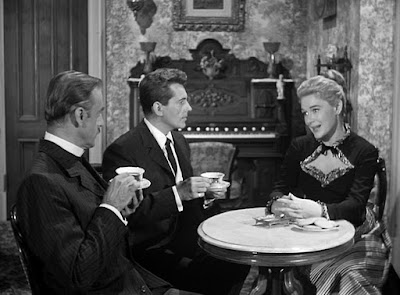 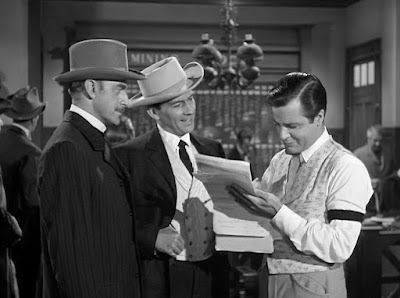 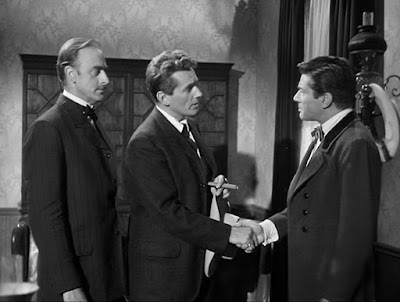 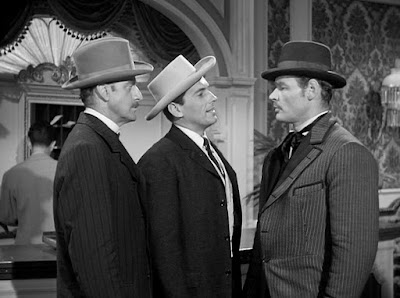 In the end, of course, Bret Maverick gets his $15,000 back, or rather, his brother gets it for him.  Banker Bates gets sent to jail for embezzeling, and Bret rides out of town with the satisfaction that he's left Sunny Acres a better town than he found it. 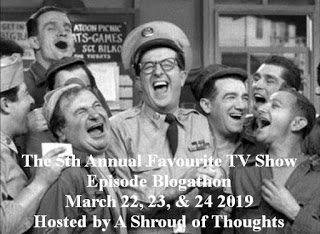 This has been my entry into the 5th Annual Favourite TV Show Episode Blogathon hosted by A Shroud of Thoughts.

If you love classic TV shows AND you love participating in blogathons, I hereby invite you to join the April blogathon I'm co-hosting in honor of Vic Morrow.  Morrow not only starred on the classic show Combat! (1962-67), he made guest appearances on dozens of classic shows, as well as appearing in many movies from the mid-'50s until his death in the early '80s.  Click here for details!