(Note from Hamlette:  Thanks for contributing this post to the festivities, Jessica!  It is highly amusing.)

Basically, here’s a list (by no means an exhaustive one ;-) ) of my personal Avengers headcanons. I limited myself to the original set, mostly for reasons of space . . . so, sadly, you won’t see Sam, Bucky, Wanda, Peter Parker, or any of the others on here. But here’s what I do have: 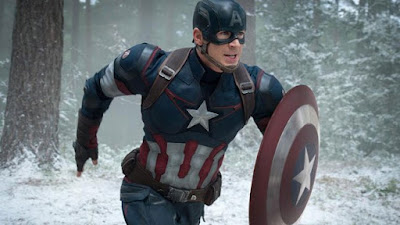 
- Has accumulated 37 separate tickets for not wearing a helmet while riding a motorcycle. Drives the S.H.I.E.L.D. public-relations team crazy. It’s not that he’s trying to be a rebel, you understand. It’s just . . . he’s never worn a bike helmet before.

- Refuses to read his own comics; but is a massive fan of the other Avengers’ comics and has collected all the sets. Iron Man is secretly his favorite. But don’t tell Tony.

- The D.C. public school system asked him to come around and do a program on “peaceful conflict resolution,” so of course he said yes—but now it’s kinda sorta morphed into “how to beat the ever-living you-know-what out of a bully” and nobody on the school board is quite sure what to say to that. Kids love him, though. He has an entire wall in his apartment covered with the handwritten cards and letters they’ve sent, thanking him. Sometimes even the parents write to say thank you.

- He also owns three goldfish. One is orange and white, one is pure gold, and one has black stripes. 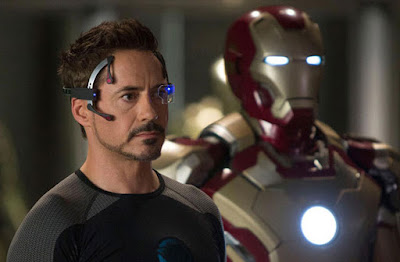 
- Is a giant Shakespeare nerd. Has read all the plays and sonnets and can quote them at length, usually right in the middle of S.H.I.E.L.D. strategy meetings. (Every time he does this, Cap carefully jots down notes and looks up the play later, on his own. He’s become quite the fan himself.) Tony also organizes free outdoor productions of Shakespeare in the nearby city parks, with Pepper’s help. One time he even arm-twisted/bribed David Tennant into reprising his role as Hamlet.

- Often stays up all night playing video games, mainly games of his own design & creation; and sulks for the next twenty-four hours if he happens to lose. Nat teases him about being a sore loser and he just glares at her.

- Has instructed Jarvis to play the Donna Summer song “Hot Stuff” every. single. time. Thor walks into the room. 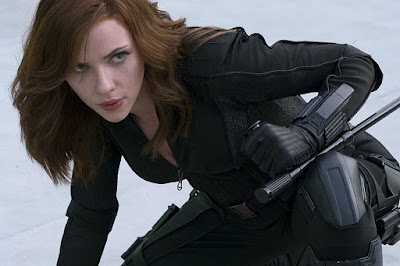 
- Paints her nails all sorts of colors whenever she has the time. Favorite shade is plum purple (it’s an excellent match with her hair).

- Freely dispenses dating advice, which can be either good or shriekingly awful. Very hit-or-miss. But there are several blissfully happy couples at S.H.I.E.L.D. which have been set up through her kind offices. On the flip side, several other individuals swear they will never listen to her again.

- Champion chess player. Fast-thinking & ruthless & mean. Nobody else on the team really likes to play, though—except Cap. Cap is nowhere near as skilled as her; but enjoys the game because of its Old-Fashioned Ambience. It makes him feel gentlemanly. They play on rainy evenings and drink wine.

- She must have sliced bananas to put on her milk & cereal in the mornings. Always. Do not withhold the bananas. It is a matter of life or death. 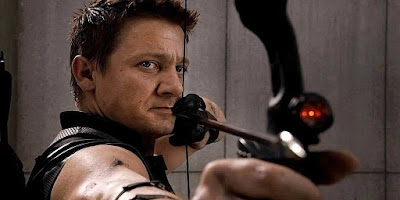 
- Blasts old rock bands (Journey and Queen and Guns ‘n Roses and Kansas) in his car whenever he’s alone, top volume; and usually sings along, too. He actually has a lovely soft baritone; but this is a massive secret. Nat is the only one who knows. No one else must hear.

- Possesses a secret recipe for an amazing potato salad. Origins remain a mystery; but it’s pretty out of this world. He’s required to prepare it & bring it to all S.H.I.E.L.D social events (Christmas parties, cookouts, etc.) Thor eats at least half of the enormous batch, every time.

- Has never learned to swim. Cap constantly nags him about this, “secret agent’s gotta know how to swim, it’s not optional,” but he finagles his way out of learning every time. He doesn’t like the water.

- Has an odd habit of climbing up on tall pieces of furniture and sitting there, just chilling. Nat is the only one who seems to find this 100% normal. Bruce, on the other end of the spectrum, is massively weirded out by it. 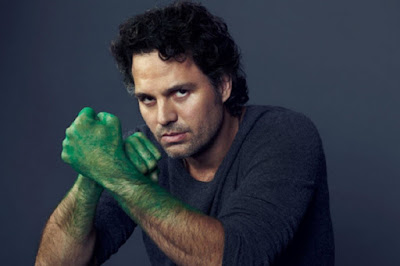 
- Volunteers at the local animal shelter every Saturday morning, without fail, from nine o’clock to noon. To date he has adopted 3 dogs and 4 cats, and has his sights set on a fourth dog. Nat says he has an addiction.

- Has frequent Star Trek marathons with Tony. Spock is his favorite character, and Kirk is Tony’s; but when they attend fan conventions they cosplay as Scotty and McCoy, respectively. They make a great team. No one ever guesses who they really are.

- Always—always—the last person to wake up in the morning. Doesn’t matter how early or late he went to bed.

- Is an assiduous vegetarian, and a fairly skilled vegetarian cook.

- Usually tags along with Bruce to the animal shelter, and is a terribly bad influence when it comes to adoption. Has a hard time understanding how Midgardians could possibly be so heartless as to abandon these beautiful creatures.

- Has developed an intense interest in choral singing, and has joined roughly six different volunteer choirs around the city; some church-affiliated, some secular, some traditionalist, some more modern. It doesn’t make a bit of difference to him. He just really loves the singing.

- Saw shot-putting and hammer-throwing on TV one time, when Cap and Clint were catching a bit of the Summer Olympics; and immediately insisted he would compete in the next Games. They’re... working hard to dissuade him. No progress as yet. 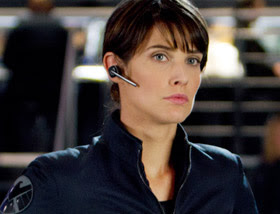 
- Is married to a dental surgeon, with two adopted children—boy and girl, both born in Korea. The team knows about her family; but it’s understood that the topic is not to be discussed.

- Quite a competent amateur physicist, and enjoys discussing physics with Bruce over lunch at vegan restaurants.

- Fabulous baking skills. Usually makes her kids and husband a batch of muffins before heading in to work, whenever she’s home and has time. On free weekends, she creates complex cakes and sweet rolls and fancy breads. Says she finds it relaxing.

- Her workstation is the most organized, ever, in the history of S.H.I.E.L.D. and possibly of the world. Peggy would’ve been extremely proud. 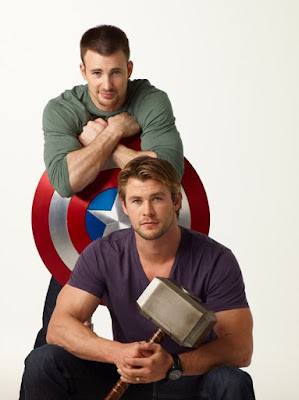 (There's no reason for this final picture, I just found it in my vaults and wanted to share it.  -- Hamlette)
Posted by Hamlette (Rachel) at 8:57 AM

Email ThisBlogThis!Share to TwitterShare to FacebookShare to Pinterest
Labels: We Love Superheroes Week