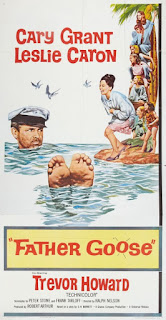 This is the very first Cary Grant movie I ever saw.  And I was so excited by it, at the age of 13 or so, that the next day, I told my art teacher the entire plot in great detail.  Except I forgot to tell her the title, and so after about five minutes of me telling her allll about it, she was like, "What was this movie called?"  "Oh, um, Father Goose."  And she had totally seen it before, and I was a little deflated because I had discovered the funniest movie ever... and she'd discovered it first.

But anyway, I still love this movie.  One of my absolute favorite comedies.  It concerns one Walter Eckland (Cary Grant), a snarky misanthrope who wants nothing more than to sit out WWII on his recently acquired boat.  His frenemy Houghton (Trevor Howard) tricks him into being a plane spotter for the Allies, radioing in the movements of enemy Japanese airplanes.  Walter doesn't like it at all, and he likes it even less when he ends up rescuing a French woman, Catherine Freno (Leslie Caron), and seven little girls of various nationalities.  Freno was fleeing with them from the encroaching Japanese, trying to get them back to their families or something.

Walter and Catherine get along together about as well as my 9-year-old and my 4-year-old, which is to say they snarl and snap at each other a lot, do everything in their power to aggravate each other, and both behave badly for quite some time. 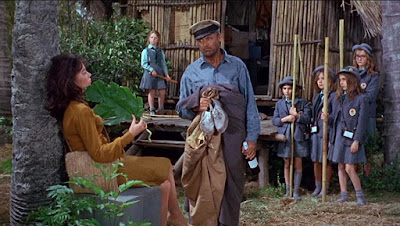 And then they fall in love. 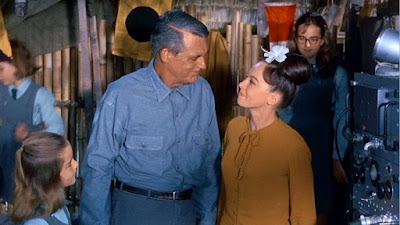 And then the Japanese figure out the island is inhabited and attack.

And, most surprisingly of all, this movie is actually funny!  It's got a wonderful dry humor, with some of the best snappy one-liners and zingy comebacks ever written by someone not named Joss Whedon.  Here's one of my favorite lines that I think would be funny even without all the context, to give you idea of the flavor:

"We could have transferred in George Dickens if he hadn't gotten himself eaten that way."

Seriously, Dickens, what a slacker!  Getting eaten rather than going and helping out the Allied cause.  Tsk tsk.  Anyway, yes, this is a very very very quotable movie.  Love the dialog to bits.  There's also a lot of wonderful visual comedy, mostly in the form of Cary Grant's facial expressions.  His reaction shots are priceless.

While rewatching this movie so I could review it, I spent a lot of time thinking about how it plays with gender stereotypes.  Catherine Freno is supposed to be an uptight spinster whose frigid insistence on straightening pictures and making rules is keeping her from finding happiness with a man.  Walter Eckland is supposed to be a shiftless, slobby escapist who looks out only for himself and would be so much better off if he would just get his act together, take on some responsibility, and find happiness with a woman.  The obvious expectation would be that when Catherine loosens up and Walter straightens up, then they can be together and be happy because then they're better people than before. 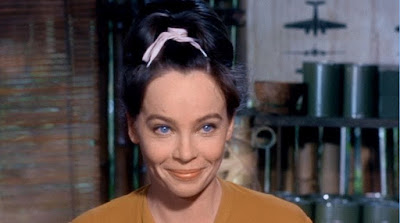 Except that's not quite how the movie goes.  Catherine's rules are important.  They help keep the girls, herself, and even Walter safe.  Her insistence on discipline and propriety protects those seven girls during a very scary separation from their parents.  All along, she can tell the difference between rules for the sake of rules, and rules that will keep people from harm.  And Walter's not actually shiftless, he just doesn't like doing the right thing solely because it's expected of him.  He's perfectly willing to sacrifice himself to save Catherine and those seven children, not because he's become a nicer person by the end of the film, but because he's been a nice one all along.  Crusty and growly, yes, but he was never shiftless and selfish -- other characters just assumed he was. 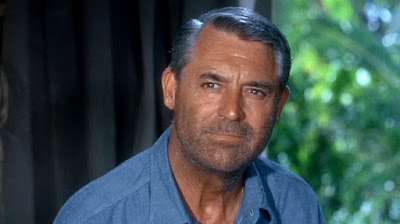 Instead of Catherine loosening up and Walter straightening up, what actually happens is that they learn to see the truth about each other's behavior, the why behind the what.  Catherine has been in important diplomatic positions since a young age, and knows the importance of propriety and protocol because she has seen how they influence people for good or bad.  Walter realized a few years earlier that people who are more concerned about appearances than about who a person is are superficial and not worth dealing with, and he's been searching for a world where he can be valued or not based on himself alone.

He thinks at first that Catherine is someone who would judge him on whether or not he's wearing a necktie, and she thinks at first that he's someone who subverts propriety for no good reason. But when they realize that their initial impressions were wrong, that's when they learn to care for each other.  They don't change inside, either of them, but instead, they stop hiding who they are behind barriers they've erected to keep themselves safe from the world. 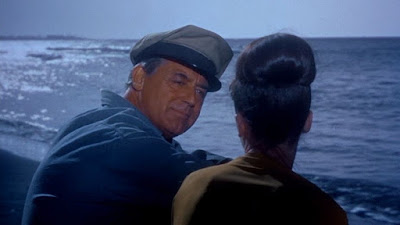 It's pretty profound, especially for a movie that is unabashedly silly at times.  If you've never seen this, please do yourself a favor and find it.  You can often find the whole thing on YouTube, pick up a used DVD copy fairly cheaply online, or watch it on a service like Amazon Instant Video. 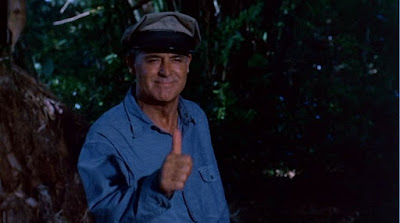 Is this movie family friendly?  Mostly.  There are a couple of mild bad words, and several instances where a character was going to say a bad word, but it gets cut off or silenced.  There's a bit of danger and excitement, with a fighter plane shooting at the characters and so on.  There are some tame kisses, and a bit of very vague innuendo in dialog.  I would let my kids watch this with me around to mute the bad words -- in fact, I'm hoping to show it to them soon. 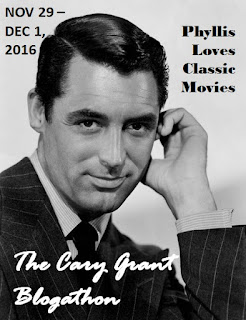 I wrote this review specifically for the Cary Grant Blogathon hosted by Phyllis Loves Classic Movies.  Follow the link above to check out the other entries!
Posted by Hamlette (Rachel) at 2:54 PM