Hamlette's Note: Thanks for writing this post for the John Wayne Blogathon, Ekaterina!

Rooster Cogburn -- a review by Ekaterina 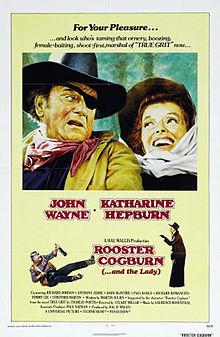 The movie is about Eula Goodnight (Katharine Hepburn), a religious missionary always preaching about God, and Marshal Rooster Cogburn (John Wayne), who is not very religious to say the least.  Most of the movie is about how Marshal Cogburn, Miss Eula, and Wolf (an Indian boy) chase a group of outlaws, who have also killed Miss Eula’s father and friends.  The movie mainly focused on the characters played by John Wayne and Katharine Hepburn. 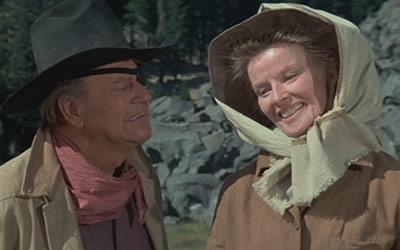 Some things I loved about this movie was the relationship between John Wayne and Katharine Hepburn.  They were both witty, and they were both strong characters that worked well together.  I liked how their friendship and how they didn’t end up in a romantic relationship.  Although I do like watching romantic movies, I don’t think I would have liked the movie if John Wayne and Katharine Hepburn ended up in a romantic relationship.  This movie does have a similar plot line to African Queen, but I like this movie more because of the chemistry between Wayne and Hepburn.
There was also a slight emphasis on the Civil War in this movie.  Miss Eula was a Yankee, who grew up in Boston, and Rooster Cogburn fought for the Confederacy.  I’ve found it interesting how they often made remarks on it.  I like it when westerns make references to the Civil War because you really get to see how the war impacted ordinary people, which is why I liked this part of the movie. 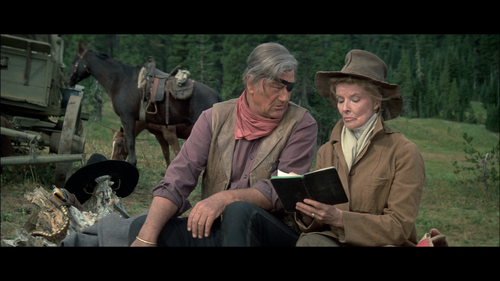 Whenever I watch a movie, I usually go to IMDB to look up some fun facts about the movie because the movie becomes richer and more interesting.  So here are some behind the scenes facts you might want to know.
If you liked True Grit, you will probably also like this movie.
I don’t like giving out too many spoilers, so I’ll end this post, and you will have to go watch the movie. ☺ 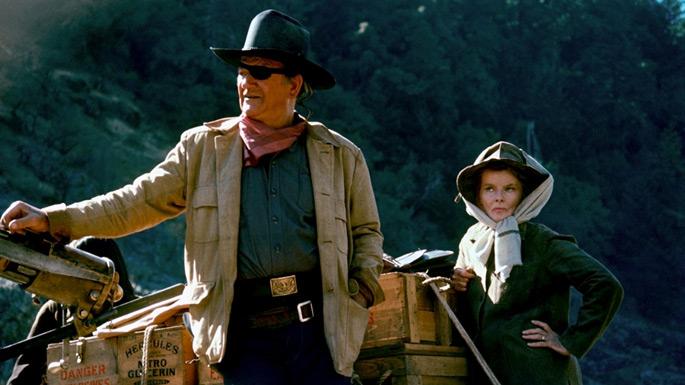