Cross this off my summer to-do list!  I've finally watched these.  Took me three weeks, because I got one disc at a time from the library, so I'm not going to do a really in-depth review here.  Just more of a "here's a bunch of stuff I liked" post.

I really liked the general feel of the miniseries -- how we got immersed in this eccentric little village.  I got to feeling like I was kind of a resident myself, which was fun.  The idea of a town where the women run everything and the men just kind of go along for the ride was quite amusing, and I like how it was not turned into feminist propaganda for the most part, but was simply allowed to be a quirky entity unto itself.

Basically, it's about the daily lives of people in a small English village and how their lives change as progress (and the railroad) encroaches on them.  Some embrace the change, some resist it, but none can ignore it.

The characters, of course, were my favorite part.  Get me to want to be friends with the characters and I will be a fan.  You want to know my favorites?  Good, cuz I'm gonna talk about those next. 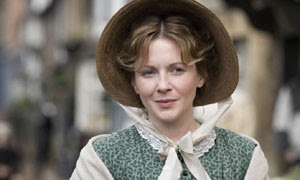 Miss Mary (Lisa Dillon) was overall my favorite.  She was kind and cheerful and sensible and helpful -- everything I like in a character.  And then!  She became a writer!  I was very pleased by that, though I wish it hadn't meant she left.  I would have been much happier if she'd stayed with Miss Matty. 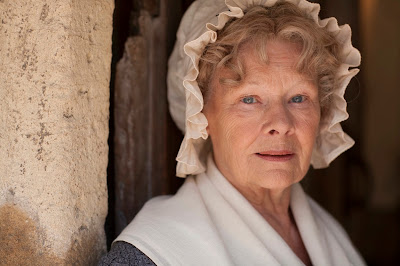 Speaking of whom, Miss Matty (Judi Dench) was a close second in my affections.  She'd believed all her life that she wasn't very bright, or very sensible, when in fact she was plenty of both.  Seeing her come into her own more in the later episodes was a joy.  The only time I cried during either series was at the very end of the final episode, when she opened that black box.  So happy for Miss Matty!!! 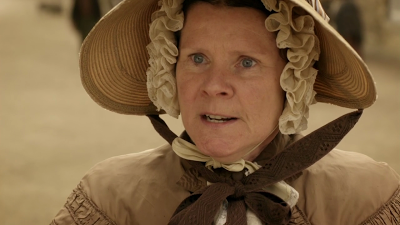 Then there's Miss Pole (Imelda Staunton).  If, before I watched this, you had told me that one of my favorite characters would be played by the person who played Delores Umbridge in the Harry Potter movies, I would have made some very unladylike snorting noises.  But Miss Pole made me laugh.  Often.  And heartily.  She was so convinced of her own rightness, all the time!  Especially when she was completely not right at all!  Loved her. 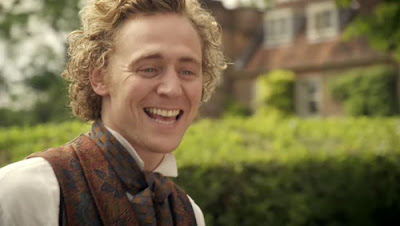 And William Buxton (Tom Hiddleston) was sweetness and light personified.  I will freely admit that the two reasons I wanted to see this were Tom Hiddleston and Judi Dench, and that I was mighty pleased by the characters both played.  I think one of the things I liked best about him was that he was so smiley and sincere.  He's pretty smiley as Loki too, but he's not sincere.  Or kind, or nice, or good and kind.  William is all of those, so hooray!

I also really liked Martha (Claudie Blakley), Jem (Andrew Buchan), Miss Galindo (Emma Fielding), and Sir Charles (Greg Wise).  And I was endlessly amused by Tim Curry's surprise (to me) appearance :-D  He did a marvelous job of playing Tim Curry, as usual.

And I find that I don't really have much else to say.  Actually, I have a zillion other things to say, but they're just scattered thoughts and I'm too tired to sort through them at this point.

Are these family friendly?  Mostly, but not for young children.  I think there were a couple mildly objectionable words, a few faintly suggestive moments, and there were some unsettling scenes involving various injuries with blood shown.  People died (including one in childbirth), children died... like I said, not for young children.
Posted by Hamlette (Rachel) at 7:53 PM