(This is my contribution to the Power-Mad Blogathon -- go here for the official page listing all the posts!  From here on out, spoilage abounds.)

This may be a strange way to begin a blog post that's part of a blogothon celebrating Tyrone Power's 100th birthday.  But for the first fifteen minutes or so of this movie, I thought Power was horribly miscast.  He was in his forties, with a touch of grey in his hair and a lack of bounce to his step.  Jake Barnes should be in his late twenties, a survivor of the recent Great War, a still-robust young man who thinks nothing of hiking for miles and miles through the mountains to find the ultimate fishing spot.  You see, I'd reread the book prior to watching this movie version so I could compare the two (my review of the book is here), and try as I might, I could not envision Power in the role as I read.

But then we got to the scene where he sees Lady Brett Ashley (Ava Gardner) for the first time in quite a while, and all of a sudden, Power was exactly Jake Barnes and I loved him in the role for the rest of the movie.  The fact that he was older than the character in the book simply added to his world-weariness and the sense that here is a man who has seen and done too much and is annoyed with it all.

In fact, the cast as a whole is remarkably well suited to their roles.  Ava Gardner is very believable as Brett, a woman with a mannish attitude toward relationships who is unceasingly alluring to men.  Gardner imbues Brett with a glimmer of tears behind her bravado and a ferocious beauty that leaves no questions about why so many men are chasing her.

Mel Ferrar is quite good as Robert Cohn.  He's a love-lorn fool with his heart permanently sewn to his sleeve.  Ferrar uses his sad-puppy eyes and droopy mouth to great effect throughout.

Eddie Albert is, well, Eddie Albert.  You want a smiling guy to cheer everyone up over and over, you get Eddie Albert.  He's fine as Jake's American pal Bill, but not the only person who could have played the role.

In fact, I think think the best casting choice was Errol Flynn as Brett's long-suffering fiance, Mike Campbell.  Still very dashing twenty years after he ran around rescuing damsels in distress, Flynn really looks like a man who could interest Brett even though he's bankrupt.  Mike is another character it would be easy to either underplay or overplay, but Flynn gives him great balance, not too accepting of Brett's wanderings, but not too worried about them either.  And underlying his determined drinking is an aching sense of loss, that he used to be much more than a drunken, penniless Scotsman bumping around Europe.

And rounding out the cast is the one actor who completely failed my every expectation for the character:  Robert Evans as the bullfighter Pedro Romero.  Sadly, I had envisioned Rudolph Valentino from Blood and Sand (1922), and the truth is, no one was going to live up to Rudy in the role.  But did they have to cast a guy who looked like this when he smiled?


Okay, so much for the cast.  Just in case you want to know what the movie is actually about, it's pretty simple:  Jake, Mike, Robert, and Pedro are all in love with Brett Ashley.  Bill isn't.

If you want the longer version, it's this:  Jake and Brett have been in love for years, but a war injury left Jake impotent, and Brett has a voracious sexual appetite, so they've decided it's no use.  Brett is engaged to Mike, has a fling with Robert, then another fling with Pedro.  There's a bunch of bullfighting too.

If you want a much longer, more detailed synopsis, read my book review cuz this is getting plenty long already.

So.  How did I like the movie as compared to the book?  Overall, I like the book better.  But I think that as Hemingway adaptations go, this is pretty good.  Most of the characters look and sound very much like they do in the book.  Chunks of dialog even got used, which pleased me no end -- even my favorite quote about coffee made it in, which I wasn't expecting since it's not integral to the story at all.

Both book and movie are slowly, almost languidly paced, developing emotions and situations over time instead of rushing through everything.  I think the bull fights were actually more exciting in the book, but overall they did a swell job turning a 250-page book into a 130-minute movie.  They did change some things, like adding in a sequence where Bill and Mike drunkenly get caught up in the running of the bulls by mistake.  I think that was supposed to add some comic relief, but I thought it was jarringly out of emotional synch with the rest of the movie.

There are some bigger changes too, like leaving out the fact that Robert Cohn is Jewish.  I found that omission very sensible, as the book gets labeled anti-Semitic a lot, and I feel like his Jewishness really has nothing to do with the story.  They also explicitly stated that Jake Barnes is impotent, which is only implied in the book.  Harder to get across with a movie, maybe.  Or the word wasn't as taboo by 1957 as it was thirty years earlier when the book was published?

Anyway, the acting from Tyrone Power, Ava Gardner, and Erroll Flynn was just superb.  What those three could do with a slight lowering of eyelids or a glance to the side, a smile at the wrong moment, a hesitation during a sentence -- heady stuff, I tell you.  This is well worth seeing just to watch three pros at work.


Is this movie family friendly?  Well, no bad language, as I recall.  No actual bedroom scenes or adult dialog, everything there is implied.  Some violence, with one fist fight and lots of bull fights.  No blood or dead animals shown in the bullfights, though.  As clean as it can be, with the subject matter, I'd say!

But overall, this isn't a movie I want to watch over and over.  Which means... I'm going to give away my copy!  I bought it brand-new, only watched it once, and it could be yours!  Just enter the giveaway below for your chance to win!

This giveaway runs from today through the end of Sunday, May 11, 2014. I'll draw a winner on May 12. PLEASE be sure you've provided a CURRENT email address to this Rafflecopter widget so that when I email the winner, they actually get the notification that they've won! This is open world-wide. If the winner doesn't respond to my notification within one week (by May 19, 2014, in other words), I will draw a different winner and the first one will be out of luck.

And don't forget to read all the other entries into this blogathon!  Click on this button to find the list if you didn't follow my earlier link :-) 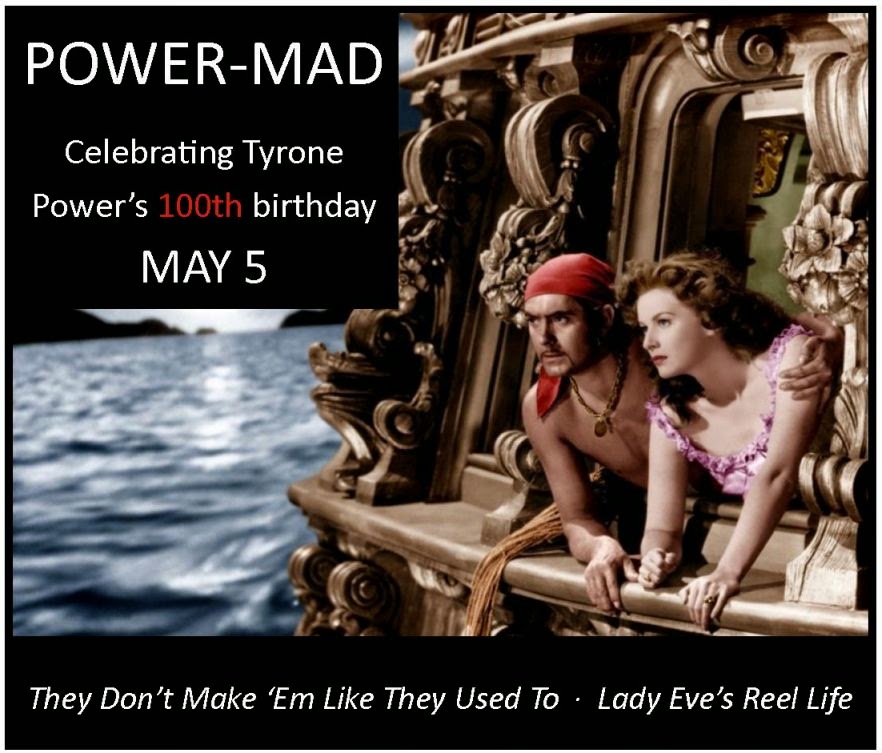