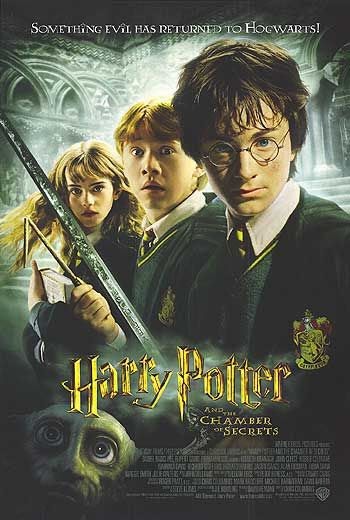 Well, it only took five months, but we finally got the next Harry Potter movie out of the library.  I'd also only seen this one on DVD one time, ten whole years ago, and Cowboy hadn't seen it at all, so this was quite fun for both of us.

Except for the spiders.  As Ron said, "Why spiders?  Why couldn't it be follow the butterflies?"  What is it with giant spiders?  Enough with them already.  Why doesn't anyone do giant butterflies?  I think they'd be quite menacing too, with their giant wings causing huge winds and such.  Please, someone write a fantasy book involving giant butterflies!  I would totally read it.  They could be like dragons, only not meat-eating.

So, once again, the best part of this movie for me was the casting.  Specifically, Kenneth Branagh as Gilderoy Lockhart.  The returning cast were lovely again, but the bright spot in this movie for me is Branagh.  He made me grin every single time he was on screen, and he made me laugh aloud with glee more than once.

One of the things I enjoy most about Branagh is how he always looks like he's so tickled to be acting in a movie, like he can hardly believe his good luck to be taking part in such an adventure.  That is never more evident than in this movie, where he smirks and flourishes with relish.  My favorite scene in the whole movie is his wizarding duel with Severus Snape, which goes so magnificently badly for Lockhart.

Another great casting addition was Jason Isaacs as Lucius Malfoy.  He's so sneeringly superior, and also clearly enjoying the chance to be menacing and snide. 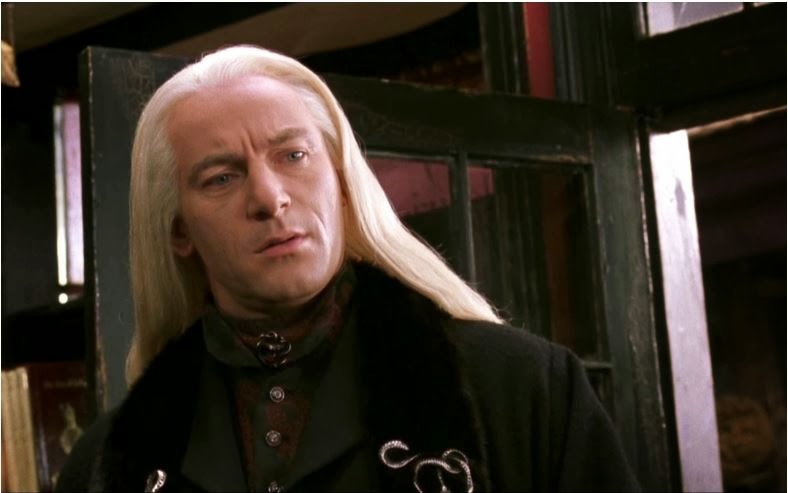 As for the rest of the movie, I'm happy to say the special effects are much improved over Sorcerer's Stone (2001), particularly in the Quidditch game.  The green screen was no longer so painfully obvious there.  I did feel like the flying car sequences went on too long, and the need to re-introduce people to the wizarding world made the beginning a bit draggy.