Like my previous 5 reviews of Sherlock episodes, this is very spoilerific.  When I start watching season 3 (possibly this weekend?), I'll try to post actual spoiler warnings.  I figure that by now, everyone who wants to have seen the first two seasons has done so.

I loved parts of this one so much.  The way John stands by Sherlock and refuses to believe he's been lying.  Moments where Sherlock allowed himself to be human for an instant.  Small, small things.  The episode as a whole... had too much Moriarty to be thoroughly enjoyable.  I've come to accept that I am not a fan of this Moriarty -- he's too, well, silly.  He makes me laugh, and Moriarty should certainly not make me laugh.  And his mind is a bag full of cats, too unpredictable and wacky for me to be either truly scared or amused, so I'm left with annoyance.

Turning the world against Sherlock was relatively clever, but it didn't blindside either Cowboy or me, and... I was frustrated by how quickly everyone turned against Sherlock.  So frustrated.  I think I probably identified with John Watson more in this ep than I have in any of the previous ones -- I would never doubt Sherlock either, and I want to punch all doubters in the face too.  I rather wanted to go on a punching spree with John and deck the entire London population.

Again, a very effective ep, but not one I loved.  I will rewatch this one more than The Hounds of Baskerville, but only because it scares me less.  Besides being annoyed by Moriarty, I think that knowing the canon so well made this a little less effective for me.  I know what happened (and didn't happen) at the Reichenbach Falls in "The Final Problem," so I never had a gut-punch here where I thought Sherlock might actually be dead.  I empathized greatly with John, and felt so sad for him, but I didn't worry myself. 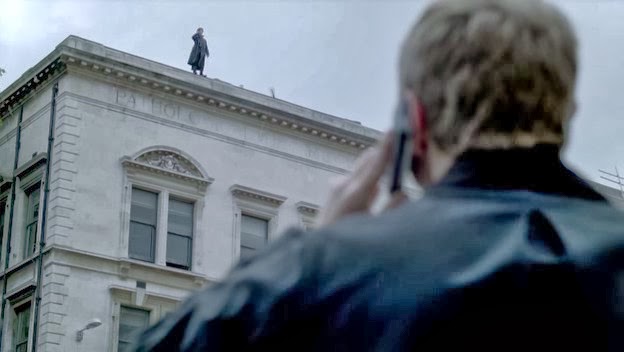 As a writer, I feel like it would have been so amazing if they had actually gone ahead and killed Sherlock.  Gone totally off-canon and absolutely stunned people.  As a viewer, I'm very happy they didn't do that because now we get more Sherlock!  In fact, I just read that season 4 will begin around Christmas this year!  Woo!  I hope that comes to pass.

So, in sum, I didn't love this episode, but I didn't expect to, so I'm cool with that.  And I did enjoy it a whole lot. 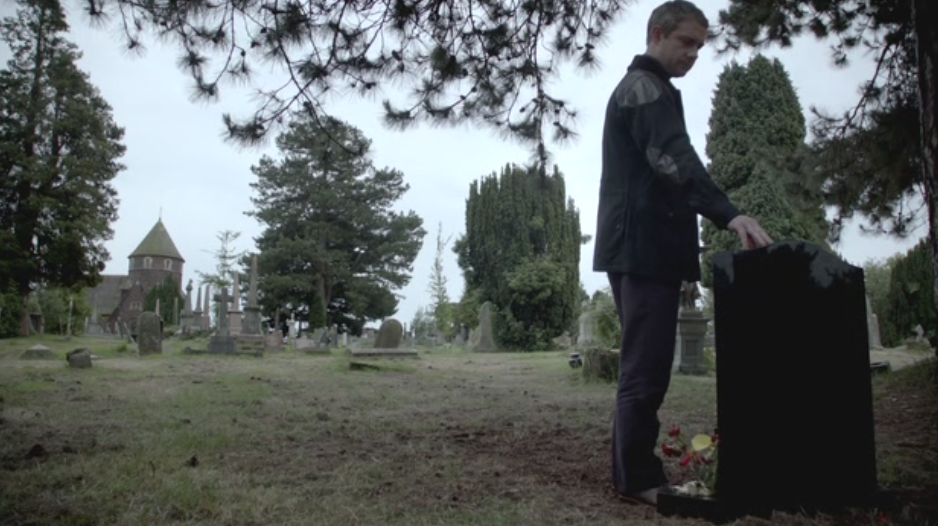 (Also, I don't believe Moriarty is dead.  But I sincerely hope he is so I don't have to sit through more of his nutty antics.)
Posted by Hamlette (Rachel) at 4:46 PM