Ahhhhhhhhhh.  This episode is... precisely what I wanted.  In fact, it's now my favorite.  Which is a little crazy, cuz it's not the best episode, not the best mystery...  but it's got so much wonderful character development that I could care less about the plot, to be honest.  It's kind of like if I'd written a fanfic story about everything I wanted to happen (okay, I didn't want a near-kiss between two particular characters -- that was someone else's fanfic story.  I don't do slash), and then it magically turned into a real episode.  Is filming a fan's dream episode a good idea for most shows?  Probably not.  Is it perfectly fine for this show?  Ohhhhhhhhhhhhh, yeah.  (In my humble-as-ever opinion).

Yeah.  That much favoriteness.  I'm (re)writing sonnets here, for goodness' sake!  And I didn't even have to wait years for this episode like many fans, since I came so late to the fandom.  I can only imagine how giddy those who've been fans from the beginning must have been when they saw this ep for the first time. 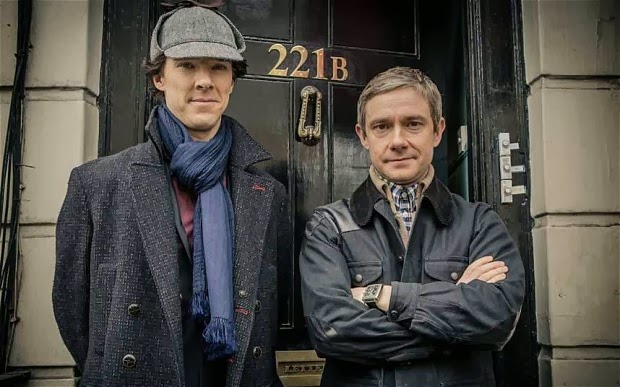 Okay, so on to a bit of spoiler-ific reviewing.

First, this is a thing you probably don't know at all about me, but I have a great fondness for stories that involve torture.  Stop worrying -- it's not a weird sexual thing at all.  I am fascinated by how a character holds up under extreme pressure, how the character's core is revealed thereby.  Doesn't have to be physical torture, it can be terrible mental stress, and this episode has both.  It opens with Sherlock being beaten, but it ends with John convinced he's going to explode at any moment.  The way they both handle those extreme situations rocks my world.  Sherlock remains uber-observational and snarky.  John reveals his courage by telling Sherlock exactly how devastated he was by Sherlock's "death."  It's wonderful, isn't it?  The way the essence of a character is revealed under torture.  Marvelous.

Second, isn't it wonderful how Sherlock's becoming a bit more human?  Reminiscing about childhood with Mycroft (my favorite scene yet), getting annoyed that John isn't recognizing him through his markered-on mustache, smiling a bit when Lestrade hugs him -- I'm charmed.  Between being introduced to the idea of friendship by John and then being away from his usual existence for a couple of years, Sherlock here has grown a lot since we first met him back in "A Study in Pink."  And I can't express how wonderful I find that.  Too many shows (even some shows I love) have characters who really never grow and change over the years.  Not so here.  Sherlock has become more human.  John has become more resilient.  They have changed each other for the better, and I could cheer.  In fact, I'm pretty sure I did.

And John's reaction to Sherlock's resurrection?  So exactly what mine would be.  I'd want to punch the smirk right off Sherlock's face.  Repeatedly.  Beat some repentance into him.  And then I'd probably refuse to have anything to do with him for quite a while, out of some intense desire to hurt him the way I suddenly realize I've been hurt by him.  The big meany!  (And I mean "meany" in the most loving way possible of course, since I can't hate Sherlock Holmes.  Or, rather, if ever there was a version Sherlock Holmes that I hated, he wouldn't be Sherlock Holmes to me.  Okay, that probably only makes sense to me.)

The mystery here is kind of secondary, and I'm fine with that, since most of the time I don't read or watch mysteries so much for the thrill of the chase as because I want to spend time with my imaginary friends.  And I want to see order restored to the universe, which all good mysteries do.  And this fulfills both of my needs from fiction, so yeah, loving it. 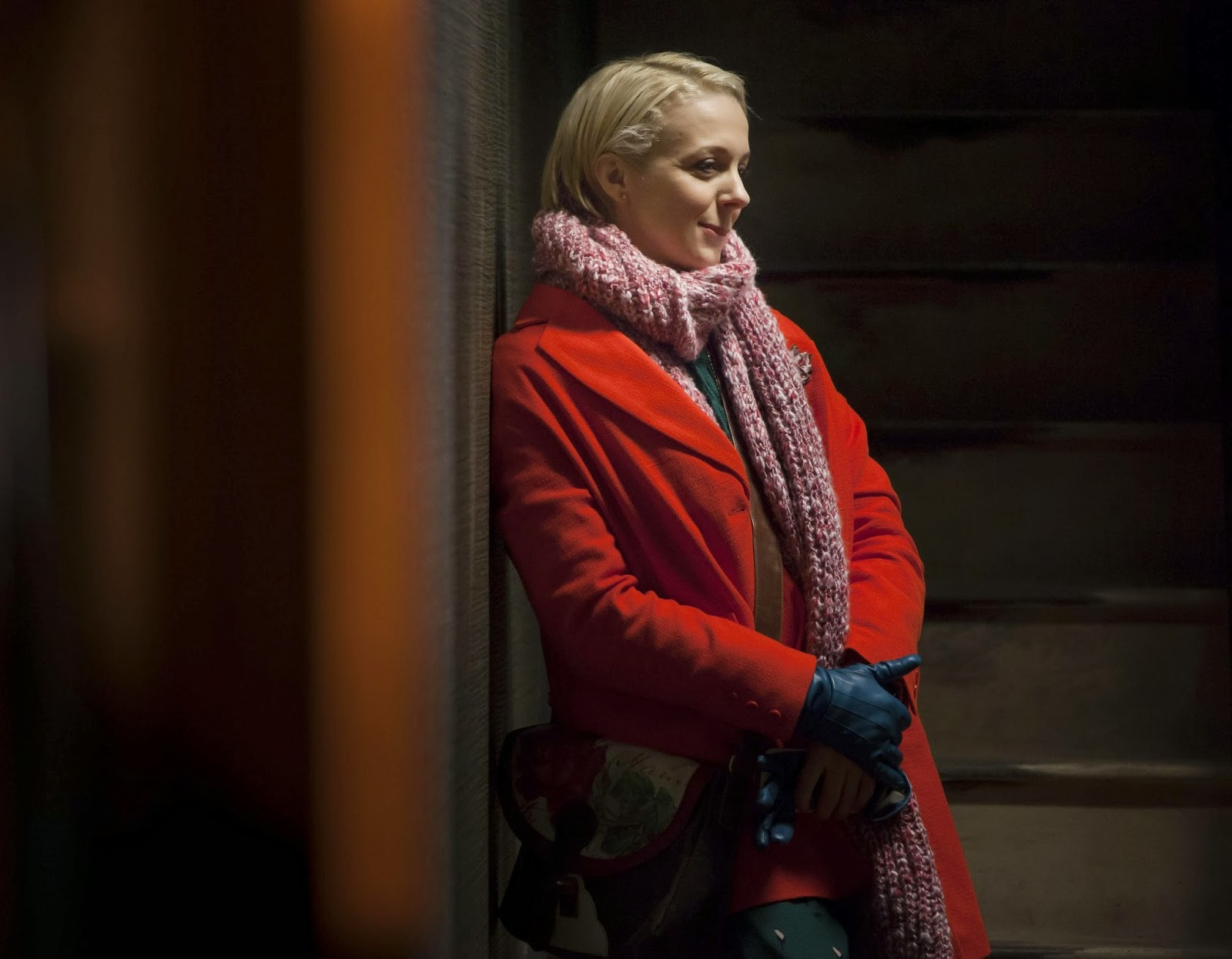 As for Miss Mary Morstan (Amanda Abbington) -- wow!  I love her!  I love that she digs Sherlock and that they get along.  So full of shiny awesome.  She's level-headed and nice and helpful and non-needy.  Everything I need to truly like a female character..  I hope she's in the next two eps a whole lot!

Okay, I've gone on and on long enough, haven't I.  And I promise to post about something non-Sherlock in a day or two.
Posted by Hamlette (Rachel) at 6:33 PM