I went to see this again yesterday, and my goodness, what a difference a second viewing makes!  Where my first viewing threw me into a week-long funk, my second one has me all happy and smiley and absolutely loving the movie. 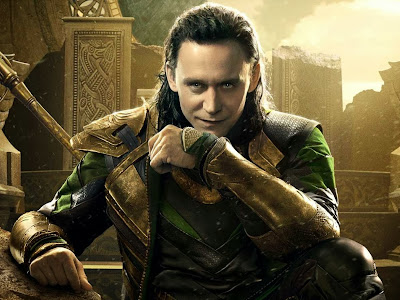 Actually, a big part of the difference is that I have finally accepted that I thoroughly dislike Loki.  I'm sorry, Loki's Army, but it's true.  Now, before you hack my blog or something, please know that I find Tom Hiddleston amazing.  He's one of the best young actors around right now, and I really enjoy his performance as Loki, not to mention in the other things I've seen of his.  And he seems like a really cool person, with all his charity work and everything.  Also, I can appreciate what a brilliant villain Loki is.  He's a great villain.  So great that I find him despicable and horrid and absolutely unlikable.  Now that I've stopped trying to force myself to like Loki, I think I actually enjoy him more.  He certainly made me laugh a lot more during this viewing.

I don't have a lot of new things to say, other than that.  But I do have two questions rattling around in my brain after this second viewing. 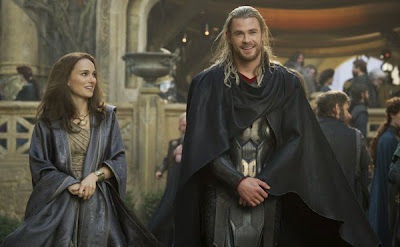 First, why is Odin so against Thor marrying Jane?  Sure, she's a human mortal and Thor will live for several thousand more years, but... so what?  Thor and Jane get married, she dies sixty-odd years later, and then Thor can marry some Asgardian and spend the rest of his life with her.  Is Odin worried about half-Asgardian, half-human children and how that will all work out?  I can kind of see that, what with his own blended family not working out so well.  But still, kinda lame. 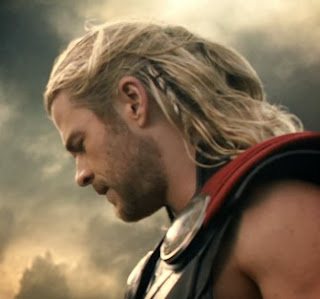 Second, who braids Thor's hair?  In this movie, he's got a couple of little braids on each side.  Does he braid them himself?  He's kinda got big, muscly hands, and the image of him braiding his own hair is amusing me greatly.  If he doesn't, who does?  Frigga?  Jane?  Some random barber?  Is there a hiring protocol, or do they take volunteers?  I'm having a terrible time finding any photos of the braids, but in this you can kinda see one.

So anyway, yeah, I totally love this movie now.  I'll end by linking to this article from the BBC that discusses the ways that Shakespeare has influenced superheroes.  I once compared Thor (2011) to Hamlet, so wanted to share it :-)
Posted by Hamlette (Rachel) at 3:46 PM