Happy birthday, my dear Alan Ladd.  You would have been 105 today.  I miss you.  Is that terribly weird, that I miss you even though we've never met?  Never could have met?  Even if you hadn't died sixteen years before I was born, we never would have met.  You lived in California, and I was born in Iowa.  You were a famous movie star, and my parents grew up on Iowa farms.  It wouldn't have happened.  Even if you were still alive today, a quiet centenarian living in retirement on your ranch, perhaps -- you wouldn't read this.  You wouldn't know how much your movies and radio work have impacted me and my writing. 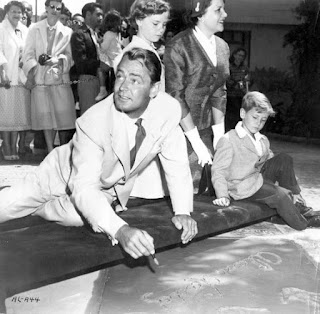 And that's okay.  Because I know.  I know the hours of enjoyment I've passed watching your films and listening to Box 13.  I know that, since I became your fan in 2016, you've impacted every major thing I've written.  From "The Man on the Buckskin Horse" to Cloaked to Dancing and Doughnuts, you've been there, deepening my characters.  Adding emotional heft to scenes I struggled with.  Smiling encouragingly in my imagination.  Being a silent source of inspiration. 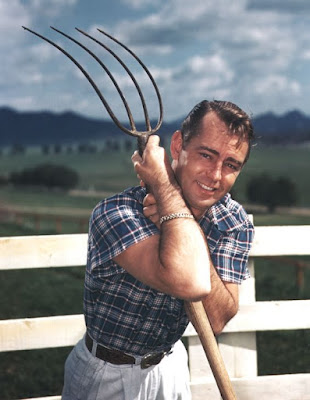 I didn't expect to fall "in love" with you.  I feel silly sometimes, calling this love.  I'm not in love with you the way I'm in love with my husband.  I don't love you the way I love God.  I don't love you the way I love my kids.  But you fascinate me, you bring me joy, and you inspire me.  So it's a kind of love.  Not fictional love, because I'm not pretending to feel this way about you.  Maybe "adoration" comes closer, since that can be a one-sided feeling. 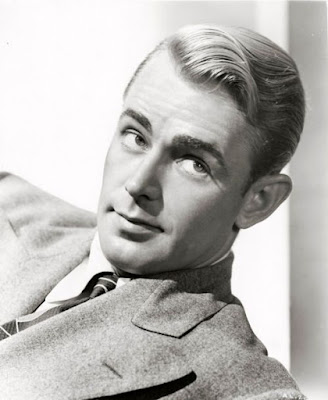 But anyway, I didn't expect to fall for you.  I'd seen several of your movies over the years -- half of And Now Tomorrow as a teen, though I didn't know who you were in it.  The Proud Rebel, which I didn't care for as a teen.  Shane, which I liked okay, even though I was annoyed by parts of it.  This Gun for Hire, which I liked quite a lot when I saw it in my twenties.  But I mostly thought of you as just another Classic Hollywood actor that was popular once for some reason or other. 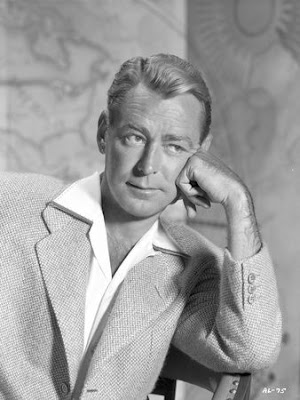 I guess I wasn't ready for you until 2016.  And then it was just... the right time.  I led a read-along of Shane by Jack Schaeffer because a friend suggested it.  I always host a giveaway at the end of my read-alongs, so what would be more natural than to offer a copy of the movie Shane (1953)?  Since it stars you and Van Heflin, and I knew you both made other westerns, I found a copy of Heflin's 3:10 to Yuma (1957) to give away too.  And a copy of Whispering Smith (1948), which I had never seen.  I rewatched Shane for the first time since I was in my twenties, and I was blown away by how beautifully it brought the book to life.  And how achingly good you are in it, Alan.  I don't like giving away movies I haven't seen, as a lot of times people ask me about the content of movies, so I then watched Whispering Smith so I could tell people if there was anything potentially objectionable in it. 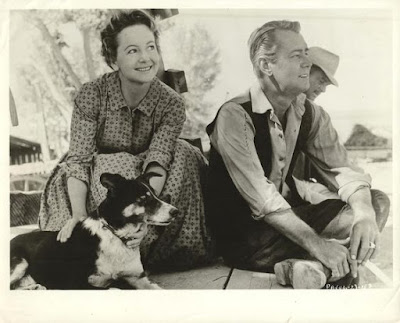 And oh boy, watching two of your movies back-to-back like that?  You were irresistible.  And I didn't know it, but it was the perfect time to fall for you because a whole lot of your films were finally being made available on DVD for the first time.  Thanks to burn-on-demand technology that led to the Universal Vault Series and the Warner Archive Collection adding reams of classic films to their lists, for that first year or so that I loved you, it seemed like every time I searched Amazon for your films, there were new titles available!  I could feed my infatuation properly until you vaulted from being just another "spring fling" to an actual favorite.  Within six months, you reigned right under John Wayne at the very top of my Favorite Actors list. That's crazy talk -- it took me ten years to let Hugh Jackman take that #2 spot away from Harrison Ford.  You ascended in six months.  That's how special you are to me. 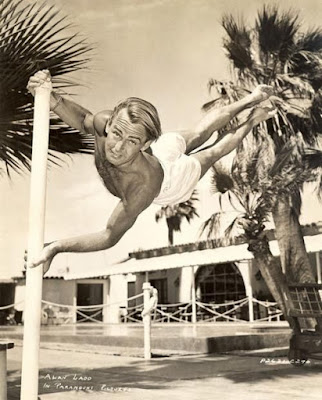 Would I have liked you in real life, had we somehow managed to meet?  I like to think so.  People say you were quiet, shy, mild-mannered, kind, considerate.  You loved horses.  I love horses.  You were a good dad.  I think we could have at least exchanged a few pleasant words. 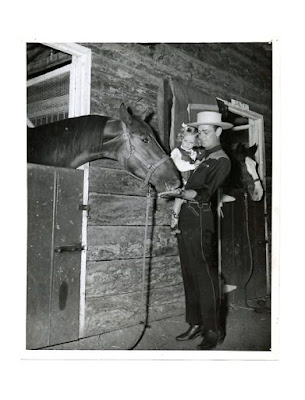 As you aged, you worried about your waning popularity -- I know you suffered from self-doubt.  You drank too much.  You'd invested so much of your self-worth in being a famous actor that, when your career took a downward turn, your personal life did too.  I understand this.  You worked so hard on your body, your athletic abilities, and when age and alcohol took that from you, that had to have hurt.  I understand that too. 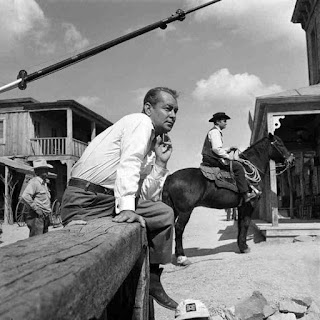 I wish sometimes that I could take a time-travel trip back to 1960 and reassure you, make you understand you had worth even without fame.  But the truth is, I probably couldn't have helped you.  You had a lifetime of trouble that would be too much for me to battle.  It's what made you so good at portraying lost and damaged characters, because you felt lost and damaged yourself.  I'm sad for you, for all the things that happened when you were young.  I get angry at the people who mocked you for being short, or who tried to convince you that you weren't much of an actor.  They were stupid and petty, and if I could, I would punch every one of them in the nose.  I'm an ISFJ, you see -- I want to defend and protect those I love.  Since I love you, I want to defend and protect you.  Buuuuut you might not have liked a thirty-something woman punching your detractors in the nose, so it's probably better that I stay here in my own world. 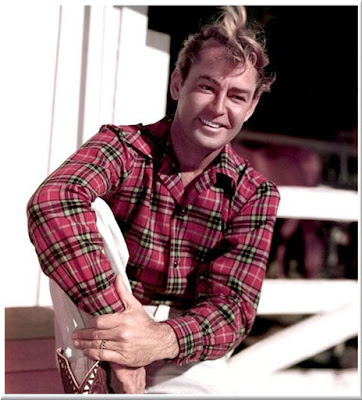 This is rambly.  That's okay.  Just know that you hold a special place in my heart and my imagination.  My life is richer because of you.  Happy birthday, dear Alan.