Why am I a Lutheran?

I had these big plans to do a post every month for all of 2017 to celebrate the 500th anniversary of Martin Luther nailing the 95 Theses to the door of the Wittenburg church.  And then I kept letting those plans slide, and now here we are in October, and the Big Day is just a few weeks away (it's October 31st, if you don't know), and I've done one post.

Time to change that.  Over on my book blog, I've started reviewing some Reformation-related books for different ages.  And I have some things I want to write about over here too, starting with... what are Lutherans, and why am I one? 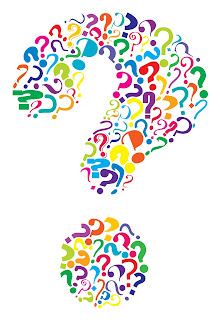 I'll start with the second question.  When I was a kid, the answer would have been easy.  My dad is a Lutheran pastor, so of course, that's where I went to church.  Obvious.

As I grew up and learned more about the Bible, about various different Christian denominations and what they taught, and specifically what different Lutheran synods taught, that answer started to change.  When I was in my teens and knew that I wanted to be a wife and mom some day, I realized that I might possibly meet my future husband in college.  And if being a Lutheran, marrying a Lutheran, and raising my kids to be Lutherans was important to me, it might be a really good idea to go to a Lutheran college.  So I did.  I went to college hundreds and hundreds of miles away from home because I found a college that fit me personally but that I also was pretty sure would attract the sort of guy I might want to marry.

Which, as you probably know, it totally did.  Cowboy and I met in college, got married a month after I graduated with my BA, and so on.

Well, I'll tell you what a Lutheran isn't.  It's not somebody who worships Martin Luther. 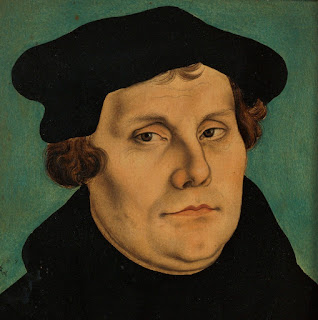 Martin Luther was just a human being.  A sinner like you and me.  A brilliant, brave, flawed, stubborn, weird, angst-ridden, unhealthy, outspoken, generous, angry, loud German who loved beer and sausage and probably told fart jokes.

So anyway.  Lutherans are Protestant Christians who follow the ideas of Martin Luther and his cohorts.  Confessional Lutherans are a particular branch of conservative ones who are kind of... I don't want to say militant, so maybe I'll just say stubborn... they're stubborn about adhering to these things called the Lutheran Confessions that are basically statements of belief about various doctrines that were drawn up by Martin Luther and his fellow reformers -- they're collected in something called The Book of Concord, which is not about tasty grapes (Concord grapes are my fave, just so you know), but about agreement -- "concord" can mean "agreement," you see.  If you want to learn more about it, this website has lots of amazing information as well as the full text.

And basically, the Lutheran Confessions are just all about how the Bible is the basis of our faith, not people's ideas.  If someone has an idea about God and it doesn't agree with what the Bible says, then it's a wrong idea.  That's kind of a simplistic explanation, I know, but this is a blog post, not a thesis or something. 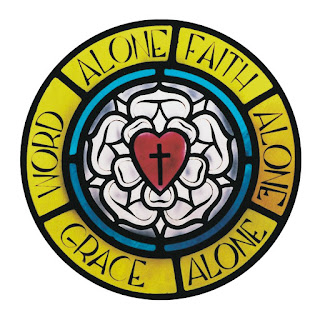 Okay, that's enough for today.  More about the Reformation and Luther later.
Posted by Hamlette (Rachel) at 7:58 PM