You may have known this, but then again, you might not, so just in case you didn't... Eva (of Coffee, Classics, and Craziness) is at my house right now!!!

And this is Eva, popping in to say that I'm at Hamlette's (of Hamlette's Soliliquy)  house right now for all those who are reading this post on my blog instead of hers.

And yes, we have been drinking coffee, watching classics, and being crazy.  By "crazy," I mean staying up far past my bedtime, of course.  Nothing truly crazy like, I don't know, spending all day walking about seven miles around Washington D.C. 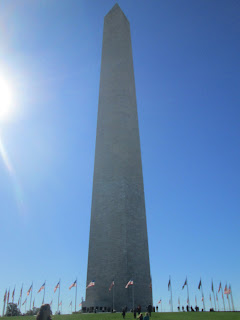 Maybe I should let Eva write this post -- I'm sleep-deprived and caffeinated, which is never the most coherent state of being for me.

That's very true. *winks*  Last night, we watched a Glenn Ford western and a Combat! episode and we were both pretty crazy, even though we only had hot chocolate then.  We're talking lots and lots of fangirling and general swooning.

Anyway, I feel like I should properly start with the beginning of our visit, instead of just last night.  I got to Hamlette's house on Monday evening - I thought it was later than it was, because for some reason my family and I assumed that Virginia was an hour ahead of Ontario, time zone-wise.  But it turns out I got there with plenty of time to spare.  We talked for over an hour that first evening, and also watched a few minutes of a Combat! Recon (AKA fan convention) so I could see what Conlan Carter and Jack Hogan look like now-ish. (It was taken a few years ago.)

So yes, we talked a lot and completely disregarded our careful planning exactly what movies and TV show eps we planned to watch together.  Oops.  We meant to watch The Young Victoria the first night, but nope, just gabbed.

And then yesterday, I played tour guide and led Eva and her pack of siblings (and their mom!) and my 3 kids all over D.C.  Highlight of the entire day was when we got to the area around the Lincoln Memorial where Steve Rogers was jogging in Captain America: The Winter Soldier.  One of her little brothers just took off and ran around the whole reflecting pool.  And we all cheered and clapped for him -- such a little hero! 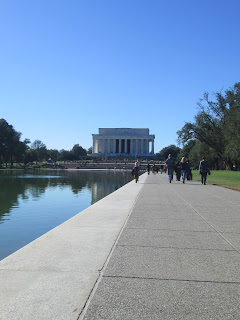 Last night, we did finally settle down and watch a little of what we'd planned to watch together.  Sort of.  Since we're both big fans (understatement) of Glenn Ford and westerns, I'd been telling Eva she needed to see The Fastest Gun Alive because he's just awesome in it, and I love the townspeople, and yeah.  So we watched that.

And then we had planned to watch some Combat! together, since that show is what brought us together in the first place.  We were going to watch "The Hostages" and "The Walking Wounded," basically her favorite ep and then mine.  But we chucked all plans out the window and watched "A Gift of Hope" instead because it's wonderful.  We spent a lot of time talking about how lame I am for having had an idea for a fanfic story about the guest character in that one and never writing it.  Maybe I'll throw caution to the wind and try to write it for Nanowrimo this year or something.  If a plot presents itself!

Well, I will definitely think about plots you could use for your fanfic.  I'm not clever enough to write Avery, but I could probably (maybe) come up with a good story.

Anyway...it was very difficult to figure out what to watch, even though we had a rough idea of what we wanted to do, because when I got to Hamlette's house, I was rather overwhelmed by the number of amazing movies and TV shows she has on her shelves.  I WANT TO WATCH THEM ALL.  In fact, I took five films to my room last night, but was too tired to even finish one. *sigh*

Which is why we're finishing it today.  I mean, you can't just watch half of a Glenn Ford western.  Would be so wrong.  So yup, we're finishing Cowboy while all the little kids are playing restaurant behind us.  And speaking of cowboys, my own Cowboy just flew back from his business trip, so I'm going to go pick him up, so I'm going to let Eva finish off this post :-)

Thank you. :)  So, yes, these past few days have been very full of Glenn Ford and westerns and general awesomeness.  Including our trip to Washington DC, which was AMAZING.  Throughout so much of our visit there, I felt like Po in Kung Fu Panda - "I've only seen paintings of that painting!"  Only in this case it was the Washington Memorial (!!!!!!!!!!) and the White House (!!!!!!!!!!!!!) and the Lincoln Memorial (!!!-okay, you get the idea) and two Smithsonian Museums (American History and Air & Space) and, yes, I loved everything.  There were many Winter Soldier and Night at the Museum jokes made, let me tell you.  My top three favorite exhibits were the LEGIT Star Spangled Banner (I had no idea it was even still around), the whip and fedora that Harrison Ford used/wore in The Last Crusade, and the original model of the USS Enterprise. *all the heart eyes* 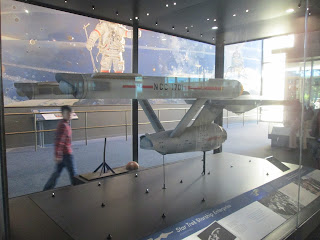 Oh!  And I forgot to mention that I read all of Hamlet on the way to Hamlette's house and I loved it and we talked about it more than a little.  Very cool.

Hopefully you got an idea of the fun we've been having together.  Just a little idea. ;) (Oh, and the title of this post comes from the aforementioned C! ep we watched together.  It's one of the coolest lines in the entire show.  For real.)

Well, I'm back from picking Cowboy up at the slug lot, and the movie's over, so I'm thinking some supper might be in order.  Adios! 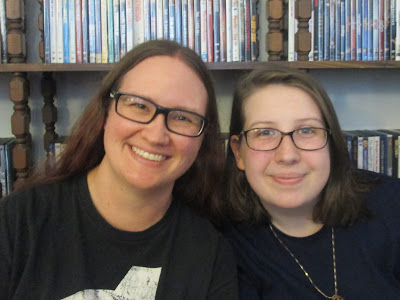