Hey, guess what?  Quiggy at The Midnite Drive-In and I are going to co-host a John Wayne blogathon in December!  And you are hereby invited to attend, participate, and generally enjoy the festivities. 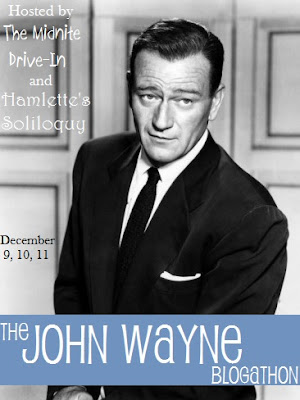 The John Wayne Blogathon will run for three days, December 9-11.  You can sign up for this event either here in the comments on this post, or else on The Midnite Drive-In's post.  We will add you to the list of participants, along with your chosen topic.  You can post on any of those three days, and if you want to write multiple posts, that's cool with us!

EDIT:  Please leave a link to your blog as well if your sign-in name doesn't lead to it, so we can link to it on the list. 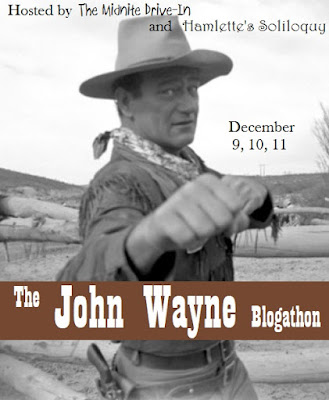 Because John Wayne was such a prolific actor, we are insisting that there be no duplicates as far as movie reviews.  But you don't have to review one of the Duke's films to participate -- you could write about anything related to John Wayne.  A list of your favorites of his films?  Or his characters?  A review of a book about him?  An introspective look at why you're his fan?  An overview of his career?  There are so many options!  If you're not sure your idea for a post would work or not, feel free to ask either Quiggy or myself if it will be a good fit for this event. 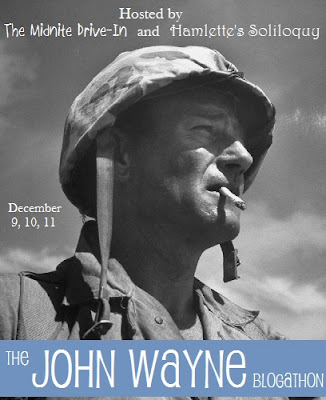 And here's something else exciting!  Quiggy is going to host a giveaway during the blogathon!  He'll be giving a copy of the book American Titan:  Searching for John Wayne by Marc Eliot.  And his giveaway will be open world-wide.  I may or may not do a giveaway of some sort myself -- we'll see what I come up with.  You know I love me a good giveaway, so stay tuned for more about that closer to the event. 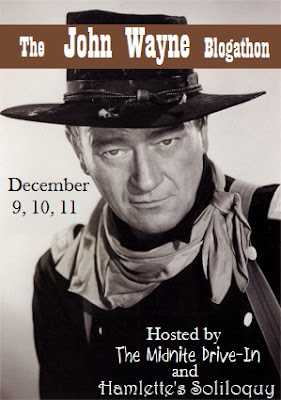 I got a little carried away with the buttons for this event, but I figure a nice variety is good, since John Wayne had such a wide spectrum of roles.  And that means you can pick the one you like best to post on your blog to spread the word about this event. 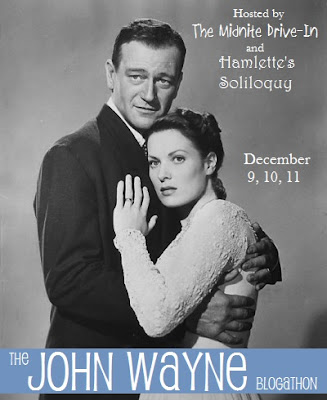 As you probably know, John Wayne is my absolute favorite actor of all time.  I'm really excited to be able to celebrate his films with this blogathon! 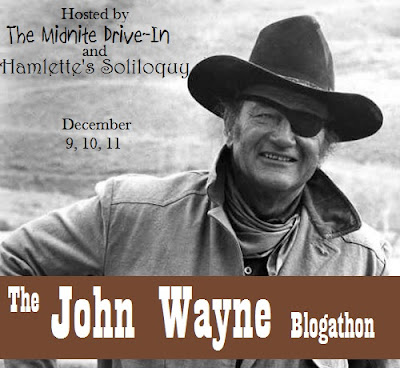