MEMM Day 17 - Scenes/things you cry at

We watched TBOTFA on DVD once it came out, and yup, I still cry at the same things in it.  So now I can make this list and feel like it's very concrete, these aren't changing.  (Sadly, life has intervened and kept me from the Middle Earth Movie Meme for a little while, but I'm back to it now!)

The Fellowship of the Ring 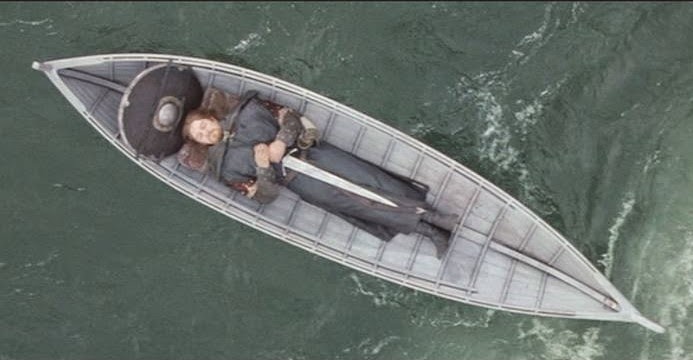 I cry when Boromir dies.  Even thinking the line, "Be at peace, son of Gondor" can bring tears to my eyes.  Part of this is because he's my favorite LOTR character and I'm sad he doesn't get to be in the rest of the trilogy.  But a lot of it is because of how he dies, defending "the little ones" and atoning for his fall into temptation.

In TTT, I cry when the Frodo-and-Sam-wandering-around-in-Mordor parts go on too long.  Just kidding.  I don't think I cry during TTT.


The Return of the King

I cry when Sam picks up Frodo and says, "I can't carry it for you, Mr. Frodo, but I can carry you!"

EDIT:  I just realized I also generally cry at the Grey Havens, when Sam has to say goodbye to Frodo.  Partings and reunions make me cry.

In AUJ, I didn't cry at all until I rewatched it after seeing TBOTFA.  Now I cry when Bilbo says, "See, that's where I belong.  That's home.  And that's why I came back.  Because… you don't have one.   A home.  It was taken from you.  But I will help you take it back, if I can."  Knowing now how that would come back again during Thorin's death... wow, hits me hard.


The Desolation of Smaug

Once again, the middle movie doesn't really  make me cry.


The Battle of the Five Armies

I don't really cry as much during this movie as you'd expect.  The first time, I cried over the deaths, but in all subsequent viewings, I don't.  But I definitely cry when Bilbo says goodbye to the remaining dwarves.  I start when Balin says, "You can tell them yourself," and I don't stop until the scene ends.

I also tear up at the very end when Gandalf says outside Bag End, "And what about very old friends?"
Posted by Hamlette (Rachel) at 8:01 PM