PLEASE NOTE:  Someone has spoken for these now, so my offer to give them away has been fulfilled. 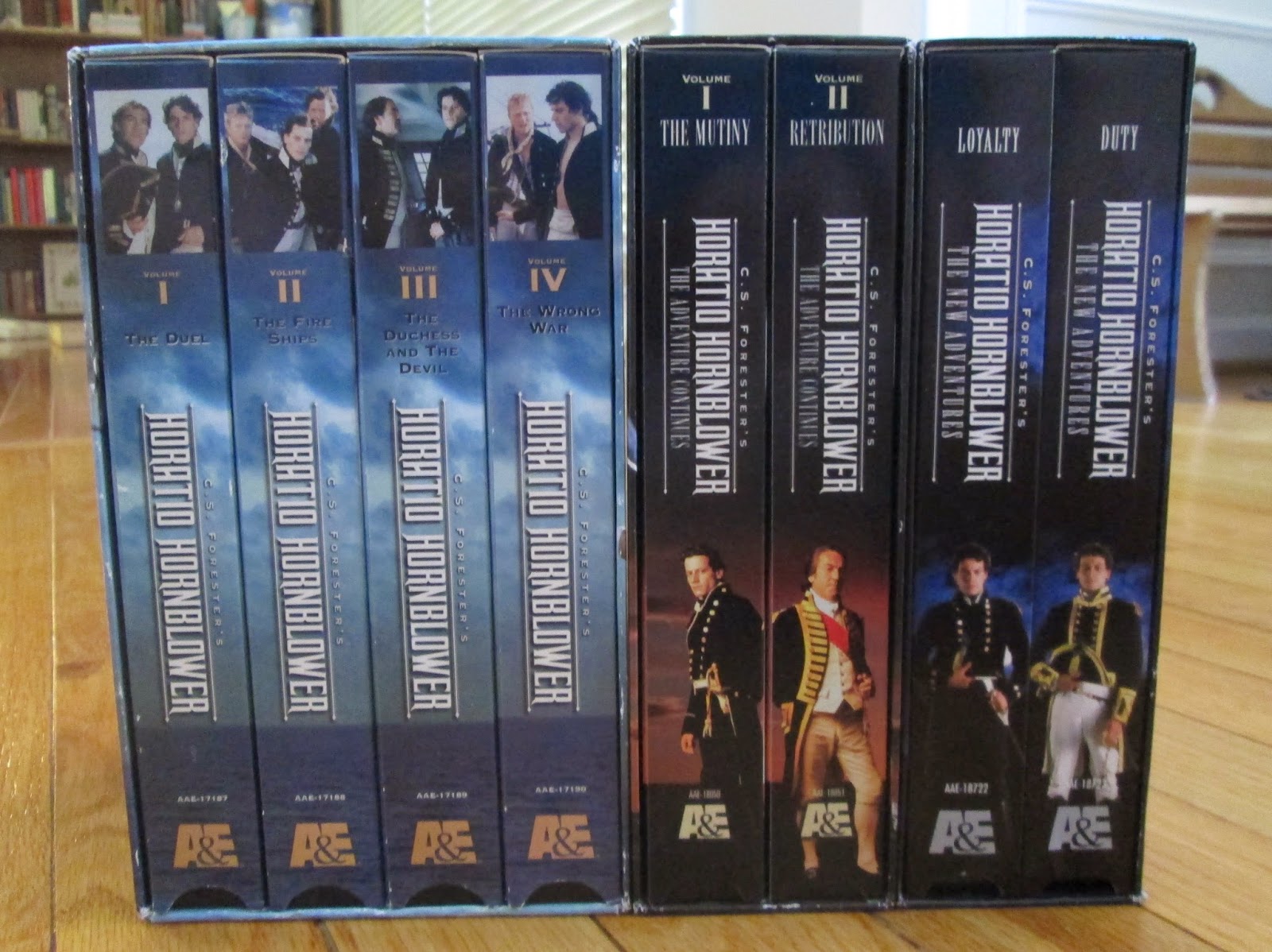 I've loved A&E's movies about Horatio Hornblower for fifteen years.  I saw the first four in 1999, shortly after they first came out, and promptly bought the box set of them on VHS.  I bought the next two when they came out, and then the final set of two shortly before we got our first DVD player.  I've watched the first four many, many times, and the other four several times each.  I dearly love these movies -- they're dashing adventures, beautifully filmed and wonderfully acted by Ioan Gruffudd, Jamie Bamber, Robert Lindsay, and their compatriots.

And I recently found them all on DVD for a price I couldn't pass up.  Which means that now, I don't need my VHS copies.  I tried selling them at my yard sale on Saturday, but had no takers.  I would really like to pass these along to someone who either loves them already but doesn't have their own copies, or who has wanted to see these for a long time, but hasn't been able to find them for whatever reason.  Like I said, they're VHS copies, but they all play fine.

I thought about holding a drawing for these, but instead, I'm just going to give them to the first person who asks for them in the comments here.  And if no one asks for them, I'll donate them to the library for their next fundraising sale.

I'll send them for free to any US address.  If you live elsewhere in the world, I ask that you'd pay shipping for them via PayPal. 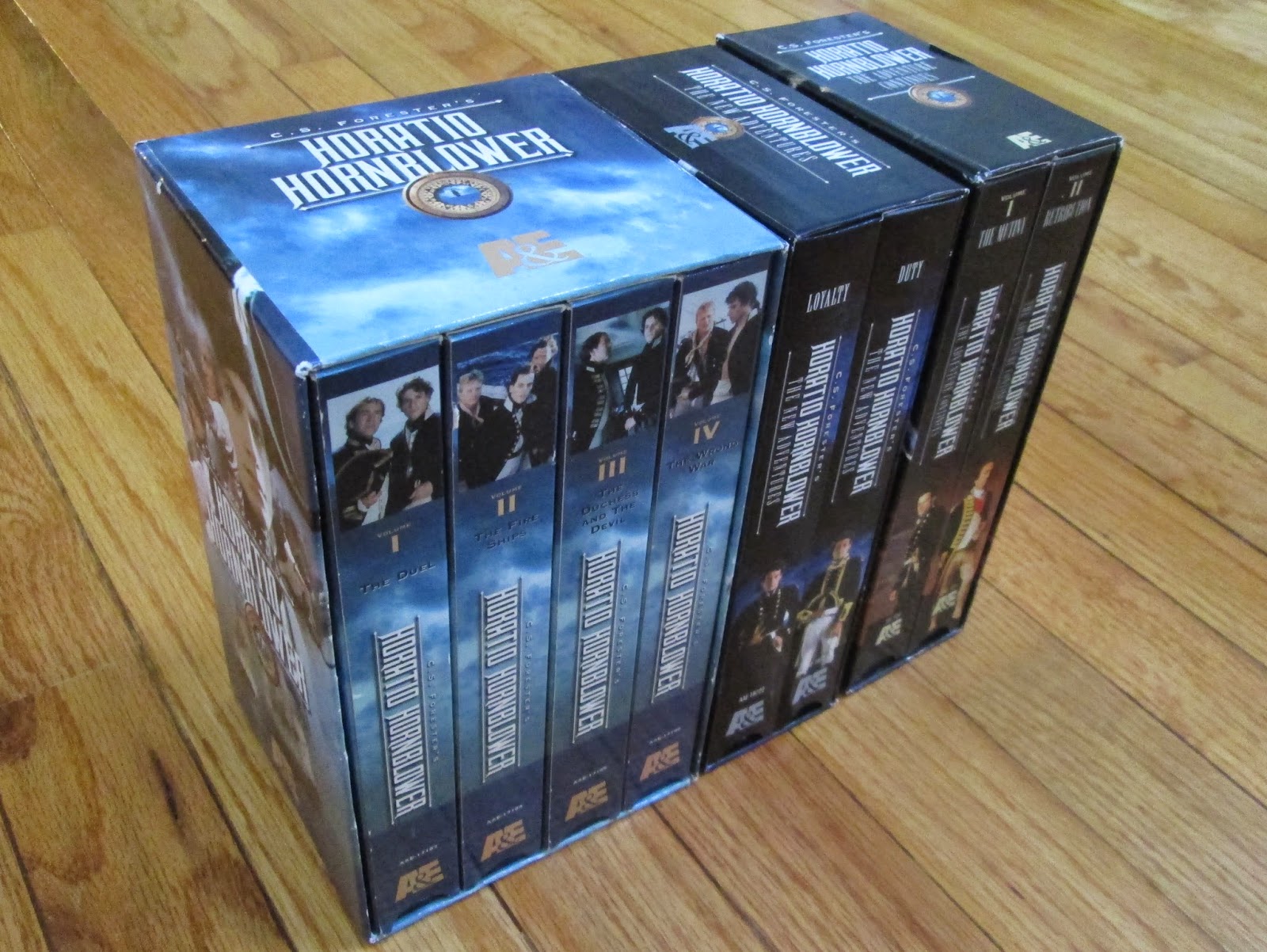 I think these were rated TV-14 for violence and some salty language.
Posted by Hamlette (Rachel) at 9:48 AM