When I was growing up in the late ‘80s, my family would rent a VCR and a VHS tape from the local video store once in a while. Yes, we had to rent the VCR too – we couldn’t afford to buy one, but renting one cost about the same as renting the video, so we could manage that now and then. At that tiny video store in the thumb of Michigan, my parents discovered the TV show Five Mile Creek. 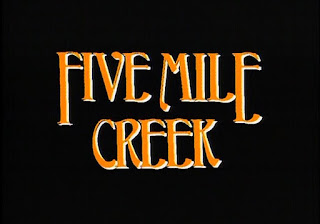 At first, our store only had the first season, two episodes to a tape, but later they acquired the second and third seasons too – maybe my family rented the first season tapes so often, getting the rest seemed like a good business decision for the video store Powers That Be.

Anyway, we almost never rented anything but the next tape of Five Mile Creek, whatever came after the one we got at the last visit. Mom would make frozen pizzas for us, another treat, and we’d have a fun couple of hours joining our celluloid friends on their adventures in Australia’s version of the Wild West.

Set in the 1870s and loosely inspired by Louis L’Amour’s The Cherokee Trail, this Disney Channel original show stoked my love of all things Australia. A handful of years earlier, I’d seen The Man from Snowy River (1982) in the theater as a toddler, and that movie bestowed upon me a love for horses, cowboys, Australia, and the names “Jim” and “Jessica,” a love that lasted for my whole childhood and beyond.

Five Mile Creek chronicles the adventures of a motley assortment of characters on Australia’s frontier. Conway Madigan (Jay Kerr) comes all the way from America with a Concord stagecoach and a dream of building and running his own stageline. 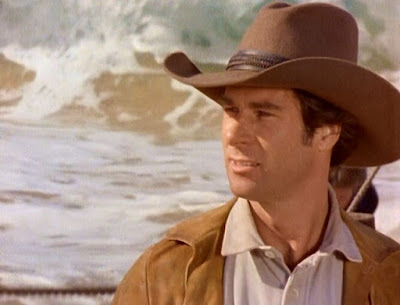 He’s met in Australia by Jack Taylor (Rod Mullinar), a wheeler and dealer with endless plans for getting rich.  Together, they set up a stage line between Port Nelson and Wilga that they call the Australian Express. 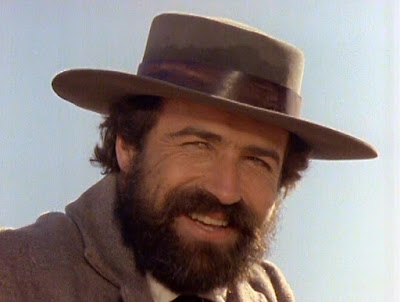 Together, they borrow money from Mr. Charles Withers (Peter Carroll), a shrewd banker who doubts their ability to succeed but thinks their stagecoach and horses are excellent collateral. 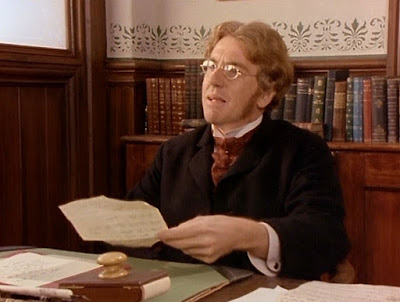 Jack made arrangements with a local fellow to run their stage line’s way station to provide meals and “washing facilities” and a place to change horses. But that fellow has a fondness for drinking and gambling, and the task of running the way station falls on the shoulders of his capable sister, Kate Wallace (Liz Burch). 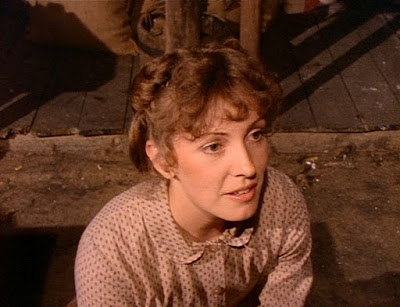 Jack insists Kate can’t handle the responsibility alone, but it turns out she doesn’t have to. An American woman, Maggie Scott (Louise Caire Clark), arrived on the same ship as Con and his coach. 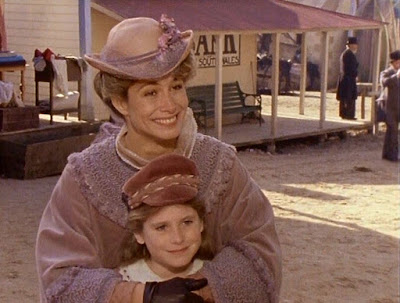 Maggie and her daughter Hannah (Priscilla Weems) are searching for Maggie’s husband Adam, who came to Australia some time earlier in search of gold. Adam left a letter telling them to wait at Five Mile Creek, which happens to be where Kate's way station is situated.  Maggie offers to help Kate with the stage line work until Adam comes for her. 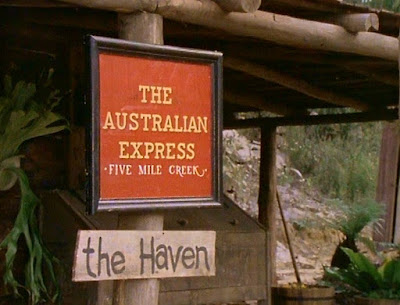 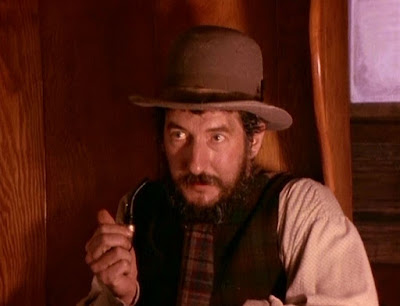 Paddy provides most of the comic relief for the series, especially when he bickers with Ben Jones (Gus Mercurio), Con Madigan’s friend who comes over from America to help wrangle their horses. 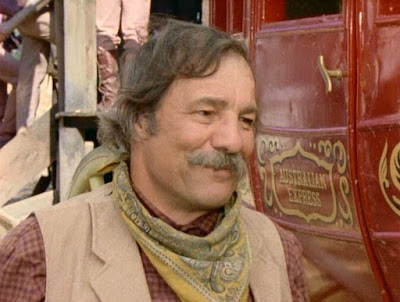 And Kate takes in an orphan called Sam (Martin Lewis).  As a kid, I always preferred Sam to Hannah, as she was all prim and proper, sometimes a goody-two-shoes, and Sam had more adventures. 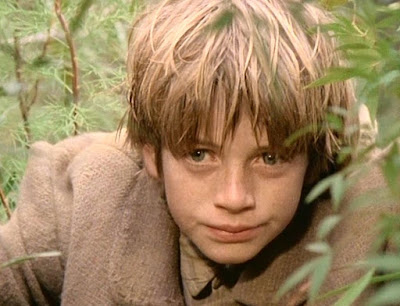 But Con Madigan was always my favorite, being a tall Texan with a fast draw and ready smile.  Not to mention a fringed buckskin jacket -- I've been extreeemely fond of jackets like that ever since this show. 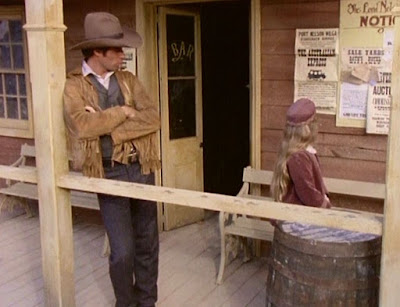 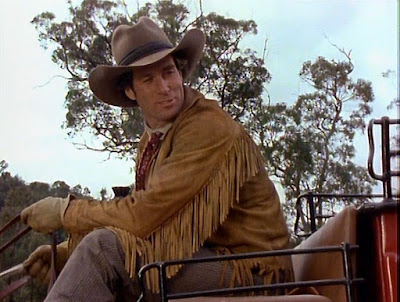 Doesn't hurt that he looks pretty good without the jacket too.  Though I appreciated that fact more when I hit my teen years. 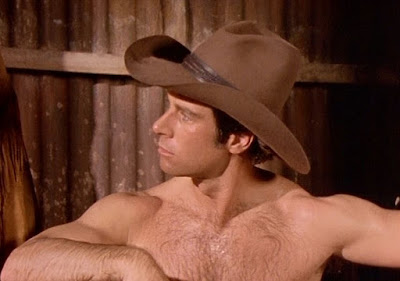 Also, the man kisses horses.  How could he NOT be my favorite??? 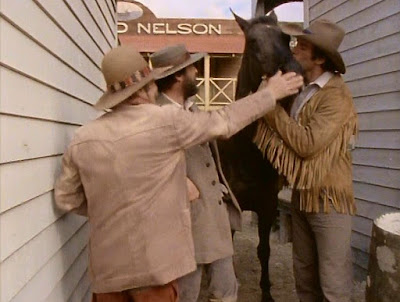 Together, this diverse mix of characters gradually form one of my favorite things:  a "found family."  In fact, this show was probably my introduction to that concept!  Because we watched the whole series several times during my childhood and adolescence, I came to feel like they were my imaginary family as well.  I used to make up long stories about how I ended up at the way station and joined them in new adventures -- some of the earliest "fan fiction" I ever imagined up in my head! 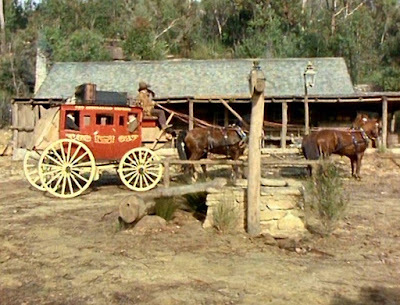 Over the course of three seasons, Con and Kate fall in love.  The series actually ends with them getting married and deciding to adopt Sam as their son. 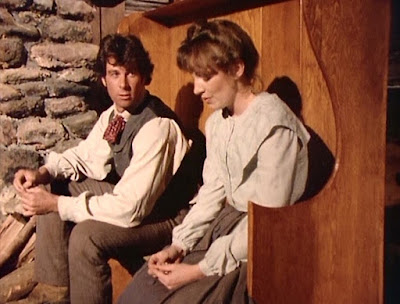 Maggie's husband Adam (Jonathan Frakes) shows up briefly, but is pretty much a loser, and I don't actually remember if we later find out he died, or if he just goes his merry way. 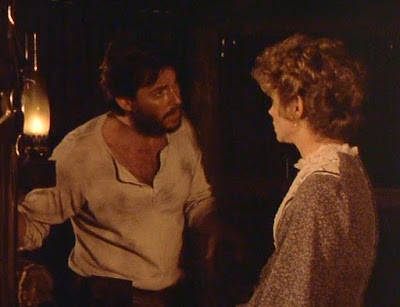 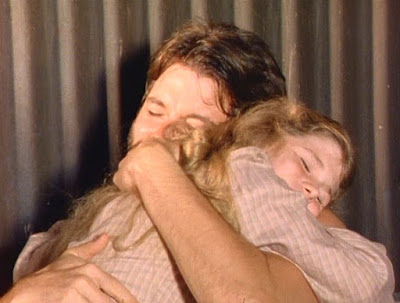 Still, it's really fun that Frakes was in an episode.  When I got my picture taken with him at the Star Trek convention a few years ago, I told him I'd liked him ever since Five Mile Creek, and he said, "Wow!  That takes me way back!" or something to that effect.  The truth is, I really have seen him in this more often than on Star Trek: The Next Generation because I've seen this show so many times, but only a few TNG episodes.

And he looks good in a cowboy hat. 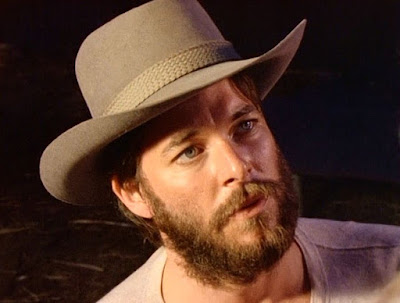 Like, I could make up a whole book based on this image alone: 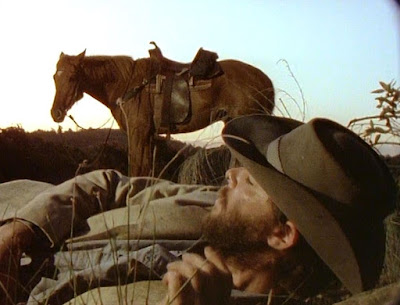 Anyway, the characters have lots and lots of adventures.  They have run-ins with bush rangers (outlaws) and corrupt soldiers, survive fires and cave-ins, and bid good-bye to a couple characters in a couple different ways.

Partway through the series, they all move away from the coast to New South Wales, where we meet up with some new characters.  I especially loved fiercely independent Annie (Nicole Kidman), a tomboyish sheepherdess with a wild mop of hair.  She's been a favorite actress of mine ever since.


Sadly, Disney has only released the first season of Five Mile Creek to DVD.  I keep waiting and hoping for the other two seasons, but so far, nothing.  Still, my kids are old enough now that I think I'll be introducing them to the show soon -- I do own all the eps on either DVD or VHS, and my VCR hasn't died yet! 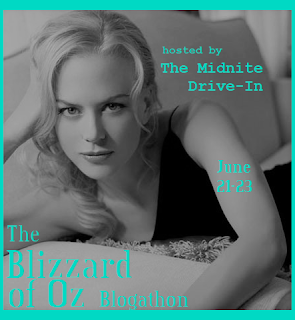 This has been my contribution to the Blizzard of Oz Blogathon hosted by Quiggy at The Midnite Drive-In this weekend!  Check out his master post for links to all the other entries, and check out my Upcoming Blog Events page here to see what kinds of cool things are coming up!  You might find something you want to join yourself.

Also, come back tomorrow for an announcement about a blog event I'll be co-hosting that you won't want to miss!
Posted by Hamlette (Rachel) at 6:30 PM