Why Sgt. Saunders is My Favorite Fictional Character of All Time (And Why You Should, Like, Care)

It's no secret that Combat! (1962-67) has been my favorite TV show since I was 14 years old.  This year marks twenty-five years of me loving that show.  A quarter of a century.  I'm still not tired of it.  I still haven't seen all the episodes.  I'm still writing fanfiction for it.  If I ever got a tattoo (not likely, but you never know -- maybe when I'm 64 and have loved it for fifty years?), I would get one of the little stylized bayonet that they use for an exclamation point in the credits.  I've drawn that on myself with inkpen so often it's almost been a tattoo a few times anyway.

It's also no secret that Sergeant Saunders, the C! character played by Vic Morrow, is my favorite fictional character of all time.  I've talked briefly about him here, and at length in a few review posts as well.

So today, I'm going to muse for a while about WHY he's my favorite.  Why I fell so madly "in love" with him in the first place, why I still idolize and admire him, and why he's so very important to me.  If that sounds interesting to you, read on.  If not, well, I'll never know you closed your browser window, will I.  But if you do that, you won't get to the part where I talk about why you should care about this, soooooo... anyway... 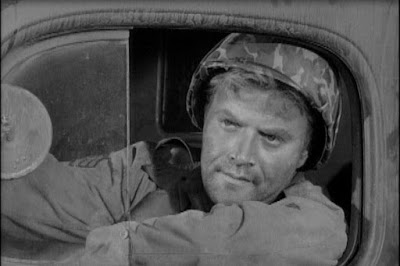 The first Combat! episode I ever watched was "The Walking Wounded."  As I said, I was fourteen years old.  It was 1994, the fiftieth anniversary of the D-DAY invasion during WWII, and my dad was absolutely jubilant over how many classic WWII-set movies were being released on VHS.  We rented and purchased dozens, and I was already a fan of great films like The Longest Day (1962), The Bridge on the River Kwai (1957), and The Great Escape (1963) by the time a local TV channel started rebroadcasting classic TV shows, including Combat! (1962-67).  My dad remembered this show from his childhood and suggested we record a few episodes to see if they were worth watching as a family.

We settled down one evening for a family movie night, always a special treat, and Dad pulled this out.  I seem to recall that Mom and my brother didn't really want to watch it.  I was in that difficult stage of life (called my entire childhood, adolescence, and young adulthood) where I instantly wanted whatever other people didn't want, so I was particularly determined to enjoy the show, no matter what it was like. 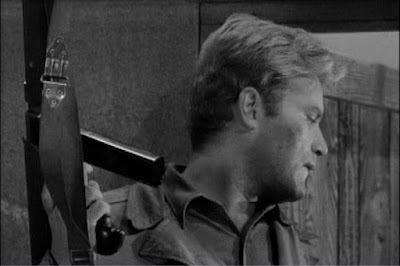 What was it like?  It was wonderful.  My dad kept saying, "It's like a mini war movie, but with no bad language!"  That's exactly what it was like.  Every episode of C!, including "The Walking Wounded," was like a mini-movie, complete with excellent writing, directing, acting, and cinematography.  The production values were particularly good, especially the special effects, and the writing and acting were head and shoulders above so much sixties TV.  Even at fourteen, I could tell this show was special.

But the most special thing on the screen was that sergeant.  That compelling, fascinating, unusual man who held himself and everyone else to impossibly high standards, who killed enemies in a brusque, businesslike way, yet who offered a sympathetic ear to those in trouble.  The sergeant who refused to let a stranger die even though it meant endangering his own life, and who insisted others ought to be willing to do the same.  Who berated, harangued, and inspired them to be better versions of themselves.

I was fourteen, I was fascinated, and I have never looked back. 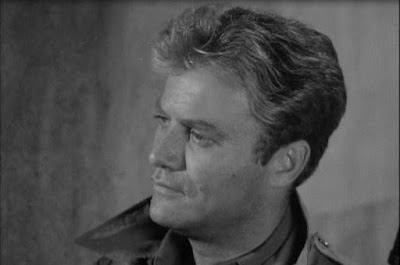 There are so many words that come to mind when I think of Saunders. 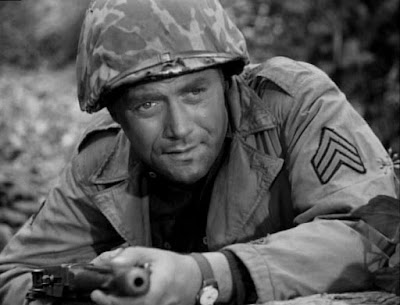 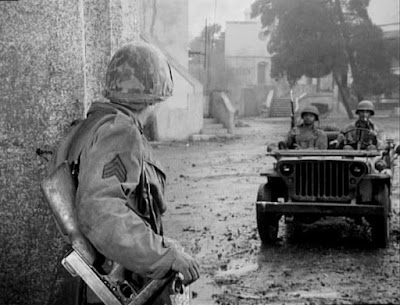 Which brings me to the "why you should care" section of this post.  Why should you care that Saunders is my favorite fictional character?

They'd better be imperfect, but insistent on overcoming their own imperfections.  They'd better be able to make hard decisions swiftly.  Lead others where they don't want to go.  Inspire respect through their actions and words.  Hold others to a high standard, and be willing to call them out when they misbehave.  And show compassion to the hurting, the helpless, the people who have done their absolute best, but failed anyway.

And that last part is the most important.  Because if a hero is not kind, compassionate, and willing to show love and mercy to both enemies and allies, then they're not a true hero in my eyes. 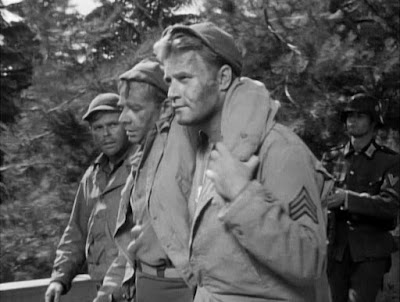 Why should YOU care?  I guess maybe you shouldn't.  Or don't have to.  You can decide for yourself. 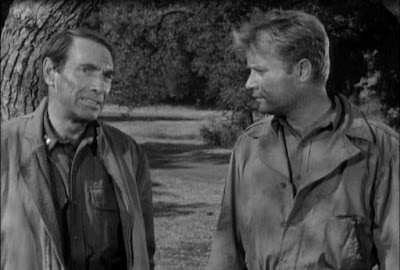 This has been my first entry into the Tribute to Vic Morrow blogathon co-hosted by myself and DKoren of Sidewalk Crossings.  Click here for the full roster of contributions as people post them all weekend.