But I don't want to spoil anything for anyone, so I can't actually talk about it in this post.  Sorry.

Instead of a review or a reaction or my initial thoughts, here's a picture of me before the movie, being all annoyed with my phone because the camera kept switching to video instead of photo. 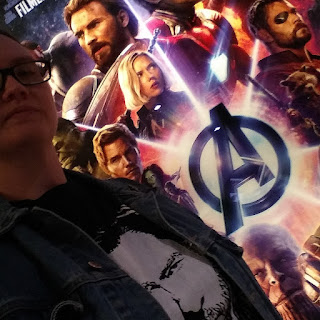 My Thor shirt is still all awesome, though, even if my phone was being dumb.

And this is a picture of the cool Avengers IMAX thing they had in the theater. 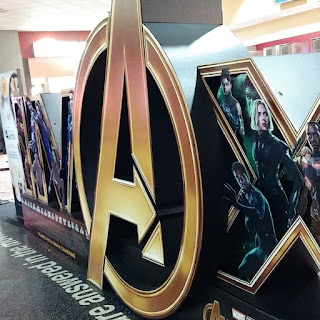 Seriously, that's all you're getting from me.

I mean it, I'm not spreading spoilage.  Lips are sealed. 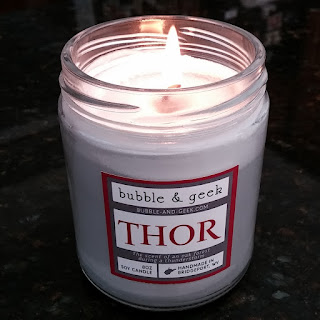 If YOU have seen Avengers: Infinity War and want to discuss it in the comments, I'm all for that.  If you haven't seen it yet, prolly just avoid the comments here until you have.  Or be really smart and stay off the internet until you've seen it.  That would be best.  There are jerks out there who like to spoil stuff.
Posted by Hamlette (Rachel) at 12:58 AM