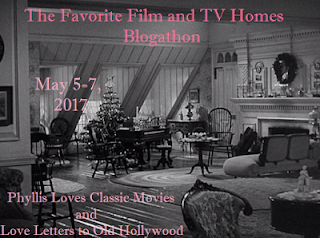 The Favorite Film and TV Homes Blogathon has begun!  Check out either Phyllis Loves Classic Movies or Love Letters to Old Hollywood to get access to all the cool entries.  Here is mine :-)

I first saw An American in Paris (1951) when I was in my early teens.  It's the movie that made me love Gene Kelly, really.  And one of my favorite bits of the film is at the very beginning, when we get to see his tiny apartment.  Shall we take a tour?

The film opens with lush footage of Paris. 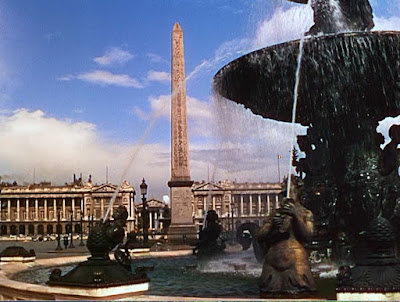 A voice-over from Gene Kelly's character tells us, "This is Paris.  And I'm an American who lives here.  My name?  Jerry Mulligan, and I'm an ex-GI." 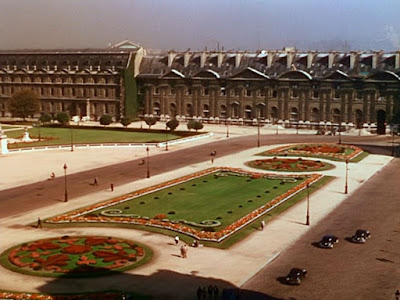 Jerry is also a painter, and he says, "Brother, if you can't paint in Paris, you'd better give up and marry the boss's daughter." 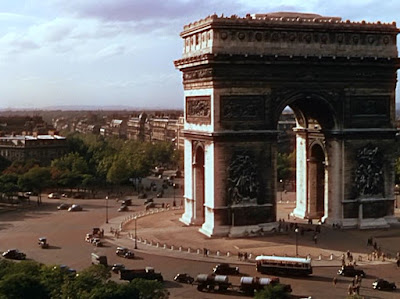 Eventually, we stop getting treated to broad expanses of famous Parisian monuments and large buildings and find Jerry's street. 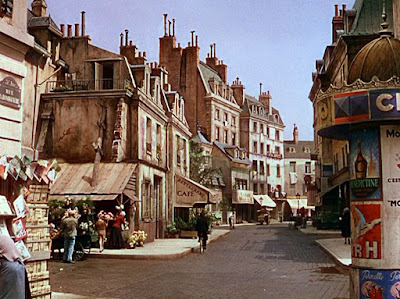 I've never been to Paris, but I've always hoped it still looks just like this.  We zoom in on the building where Jerry lives and pan up, 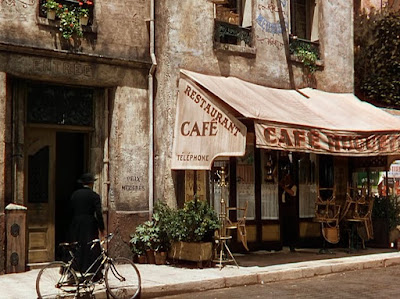 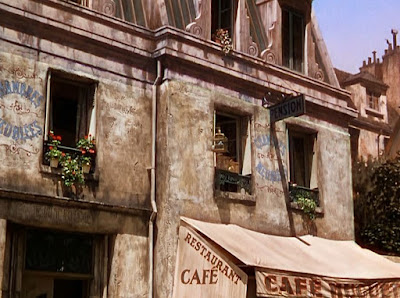 up to the windows just under the roof. 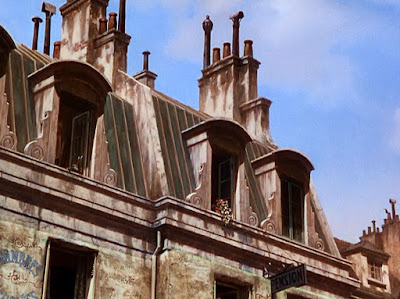 One of these windows leads to Jerry's apartment. 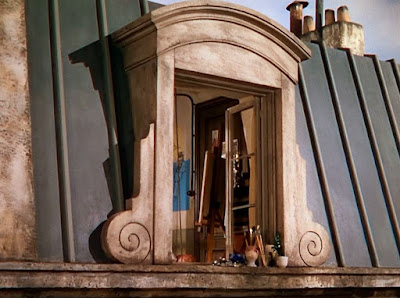 We zoom in closer, and there's Jerry, happily asleep. 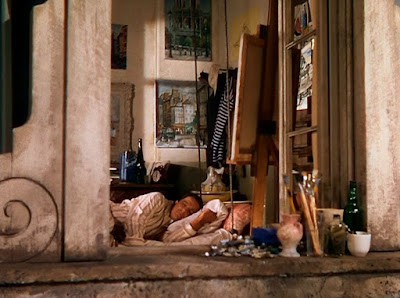 He's not pleased to be awakened.  In fact, he turns his back on us and goes back to sleep. 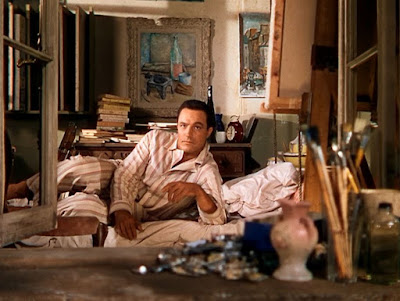 But then his alarm rings, so he gets up and does a series of interesting stretches. 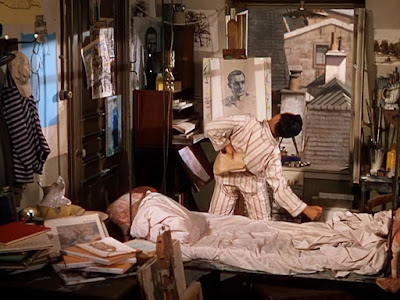 The need for all the stretches soon becomes apparent, for he pulls enthusiastically on a rope that raises his bed (which looks like it might be a sofa with the back taken off?) up to the ceiling! 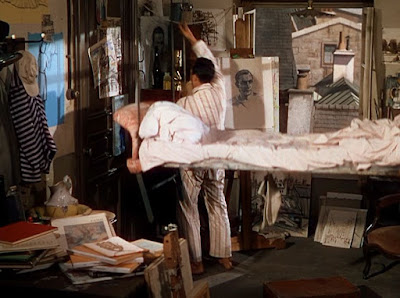 With the bed out of the way, he can unfold a small table attached to the wall, to put his breakfast on it.  Then he sticks his foot on a chair.  Is he going to climb on it? 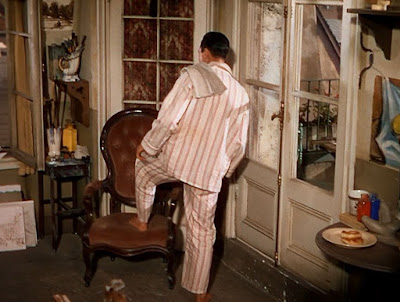 Nope, he scoots the chair out of the way with his foot -- it's on rollers.  Then he opens the closet door it was in front of and pulls out a little folding table, also on wheels, with a chair atop. 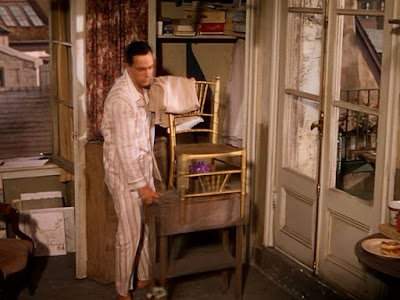 Jerry unfolds the table's leaves, sets the rest of his breakfast things on it, and gets ready for the day with a big breath of fresh air from the doors leading to... his balcony?  We don't really see more of it than this, but I see a chair and a railing, so I assume it's some sort of balcony, or even maybe leads to some exterior stairs.  Who knows! 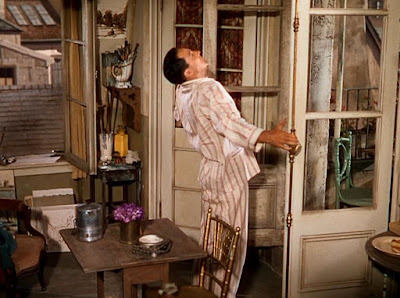 Being Gene Kelly, he performed all of the above in a graceful, dance-like way that is a joy to watch. 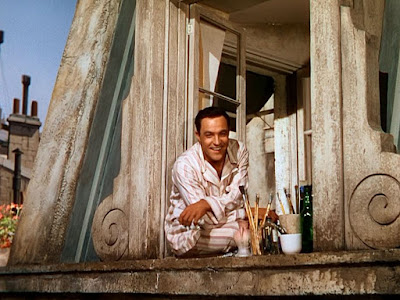 The way he makes the most of his limited space makes me grin as widely as he does here.  While I love my own 4-bedroom house dearly, I also love the idea of living in a small space that you use as cleverly and economically as possible.  Yes, I enjoy wandering around IKEA and investigating their one-room apartment displays and so on, because they achieve very much the same effect, just without the dancing.  And without Gene Kelly, alas.

I hope you've enjoyed this tiny tour of Jerry Mulligan's ultra-efficient apartment in Paris!
Posted by Hamlette (Rachel) at 7:52 AM